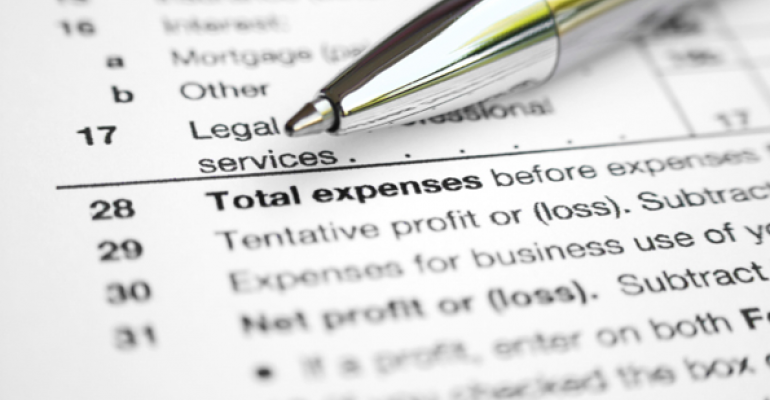 WASHINGTON — Retailers were mostly satisfied last week with a last-minute agreement in Congress to avert the so-called “fiscal cliff” of spending cuts and broad tax increases.

Many small businesses, however, will feel the pinch of the income-tax rate hike on high-earning individuals, and some could also pay higher rates on businesses that they inherit.

“It’s a good news/bad news story,” Andrew Harig, director of government relations, Food Marketing Institute, Arlington, Va., told SN. “The good news is that we did avoid the tax increases [of the fiscal cliff scenario], by and large. There was an awful lot of concern, both as businesses and from the consumer standpoint, about what that was going to mean. Those were potentially huge tax increases.”

The American Taxpayer Relief Act may have thwarted what many said could have been another recession, as consumer spending was forecast to be sharply curtailed by the automatic, broad tax hikes stipulated by previous tax legislation.

Among the other good news for businesses was the retention of certain business tax incentives that had been set to expire, including the work opportunity tax credit and the 50% bonus depreciation for certain investments.

“The bad news was that the estate tax got kicked up to 40% from 35%,” Harig said. “That’s always been a huge issue for our members.”

National Grocers Association, also based in Arlington, said the estate tax increase could have been worse.

“For the first time in years, family-owned retailers and wholesalers have certainty with the federal estate tax,” said Peter Larkin, president and chief executive officer, NGA, in a statement. “While the top rate was increased by 5%, the 2012 exemptions and provisions that NGA has advocated for were made permanent.”

Estates valued at less than $5 million will remain exempt from the tax.

The United Fresh Produce Association, Washington, also said it considered the estate tax agreement a “victory” for its members, many of which operate family-owned farms.

“The new estate tax rules give greater certainty to thousands of family-owned businesses in the produce industry,” said Robert Guenther, United Fresh senior vice president of public policy. “If Congress had not acted, much higher estate taxes would have gone into effect.”

Estate taxes historically rested at 55% in the 1990s, but had been even higher earlier in the last century. The threshold at which the tax kicks in has also varied, from a minimum of $1 million, to $3.5 million, to its current level of $5 million (actually $5.12 million in 2013, with adjustments for inflation going forward).

Larkin of NGA also praised the extension of the tax incentives for business investment.

“In written testimony before the House Ways and Means and Small Businesses committees last year, NGA urged Congress to extend important pro-growth tax provisions such as Bonus Depreciation, Section 179 Expensing, Work Opportunity Tax Credit, charitable donations of food, and New Market Tax Credits,” he said. “NGA commends Congress for including these provisions, which are proven catalysts for retailers and wholesalers to reinvest capital and hire workers.”

He also cited reforms to capital gains and dividend taxes and the one-year extension of the Farm Bill as “positive steps.”

“Unfortunately, Congress did increase taxes on businesses operating as pass-through entities by raising taxes on individuals making over $400,000 [$450,000 for couples] annually,” Larkin added.

Larkin said NGA will continue to work with Congress on comprehensive tax reform “that includes parity among C corporations and pass-through entities.”

Harig of FMI said the industry could feel a pinch in early 2013 from the end of the “payroll tax holiday.” That 2% increase — to 6.2%, from 4.2% — comes out of consumers’ paychecks, reducing their spending capacity.

“We expected that, but consumers will feel it in the short term — It’s about $1,000 a year [more in taxes] for the average earner, so that could be pretty significant for some people. We’re waiting to see what if any impact that has on consumer spending.

“I don’t expect that it will result in a huge decline [in spending], but we expect there will be some falloff in the first few months at least.”

Harig noted that FMI was also glad to see the business-investment incentives extended, although he noted that it is “tough for businesses to plan when you only have these things in place for a year at a time.”

He noted that a battle for more comprehensive tax reform still looms. “That will be a tough fight, and will likely take a couple of years, but I think what we’d like to see come out of that is a more permanent tax code.”