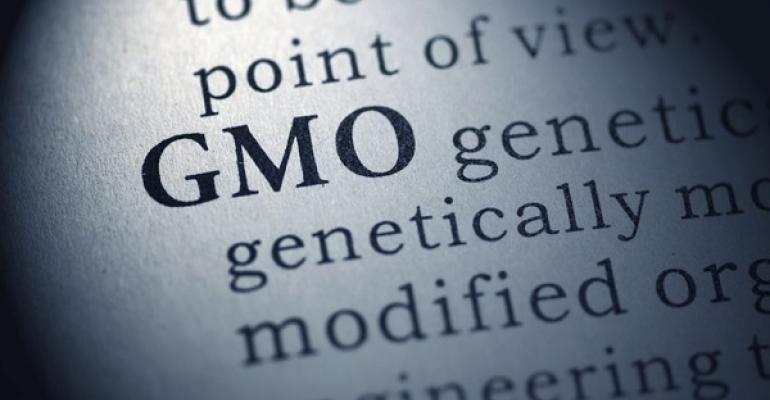 The Coalition for Safe Affordable Food, of which the Grocery Manufacturers Association, American Beverage Association and 33 other food associations are members, applauds the measure which would require that the FDA approve all new GM ingredients before they are brought to market, and will set a federal standard for the labeling definition of “natural” foods.

“The introduction of the Safe and Accurate Food Labeling Act was an important first step to restoring sanity to America’s food labeling laws,” said Martin Barbre, National Corn Growers Association, a member of the coalition.

“Important food safety and labeling decisions should be made by the scientists and qualified policymakers at the FDA, not political activists and campaigns. A federal solution on GMO labeling will bolster consumer confidence in the safety of American food, while giving farmers and food producers the certainty we need to continue providing safe, affordable food for America’s families.”

Supporters of GMO disclosure, like the Just Label It campaign, say the legislation would undo all of the progress made toward obtaining transparency.

“This legislation would not only preempt states from taking any steps towards labeling in the future, but nullify the efforts in more than 30 states that are currently working to require GE labeling,” said Violet Batcha, communications manager at Just Label It, in a statement.

The measure would also elevate consumer confusion since it seeks to allow GM containing products to be labeled "natural," said Sarah Bird, CMO at natural and organic food company Annie’s.

“The Pompeo bill will leave consumers even more confused, not less,” she said in a statement. “Allowing genetically engineered ingredients to be included in products labeled “natural” will undermine consumers’ trust in the growing, vibrant natural products industry. This bill sends us backwards in terms of addressing consumer confusion."