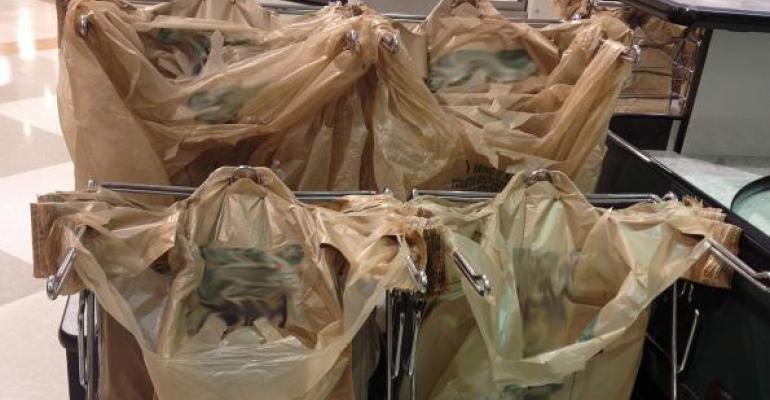 FMI was pleased with the defeat of Oregon’s Measure 97, the Oregon business tax increase initiative, which would have removed the cap on the corporate gross sales tax, also known as the "minimum tax," and established a 2.5% tax on gross sales that exceeded $25 million.

“One of the biggest travesties with that initiative was that it was a sales tax that customers weren’t going to see on their receipts, so here you have a tax for your customers that customers can’t A, see on their receipts, and B, can’t deduct from their income taxes as taxes that they’ve paid, so it was a stealth tax and that didn’t make any sense,” Jennifer Hatcher, chief public policy officer and SVP of government relations for FMI, told SN.

Costco, Kroger and Albertsons were among the contributors to the No on Prop. 97 campaign, according to reports.

Voters in Oklahoma meanwhile passed a measure that will allow grocery stores and convenience stores to sell full-strength beer and wine, seven days a week.

“It’s something we’ve been working on for a long time and it’s no secret and we had some big [past] victories in Tennessee and also in Oklahoma this year so that’s something that we’ll continue to try to be active in because it’s something that our customers have asked us to do,” said Hatcher. “Folks will be able to buy products that before they couldn’t buy in grocery stores.”

FMI also applauded Californians for voting to prohibit grocery stores from providing single-use carryout bags, and praised the California Grocers Association for negotiating a deal to standardize the system for addressing bags.

CGA President and CEO Ron Fong said the passage is “a win for both business and the environment. California’s grocers have been proud to stand with Senators Kevin DeLeon, Ricardo Lara, and Secretary of State Alex Padilla, who authored the groundbreaking SB 270, which banned the use of single-use plastic bags in California. We are pleased that California voters saw through the smokescreen of out of state interests and upheld this important law.”

Industry stakeholders pledge to get to work post-election
Nov 09, 2016