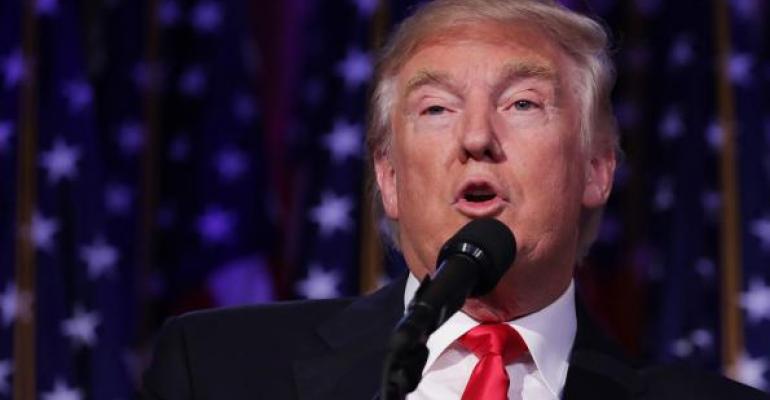 Industry stakeholders pledge to get to work post-election

“Now is the perfect time to develop and build relationships with the winners of this election in order to get them to understand your perspective on votes they will take, she said in a blog post.

In addition to sending a congratulatory note and scheduling an introductory meeting, Hatcher urges members to: “Always stay positive, even if the vote did not go your way.”

Dan Bartlett, EVP of corporate affairs at Wal-Mart Stores, in a statement provided to SN said: "With the election behind us, we congratulate the new President and Congress and wish them well in working together on behalf of the American people. There will be a time to fully assess the impact of the election. But as you might expect, with the holidays coming, our first focus is on running the business and serving our customers and associates at this critical time of year."

Walmart is the largest retail food seller in the U.S. and a significant participant in a global econony that was an issue in Trump's candidacy.

The National Grocers Association, which is particularly interested in tax reform, preserving debit swipe fee reform, and the Farm Bill, congratulated “all candidates” without mentioning Trump by name.

“The election has come to an end and with it comes change on many fronts in Washington, DC — most notably in the White House,” said Peter J. Larkin, president and CEO of the NGA, in a statement. “Building on the work we’ve already done, NGA is prepared to educate our elected leaders on the positive impacts independent grocers have on the economy and the communities they serve. NGA congratulates all candidates who won their elections and we look forward to working with them to advance pro-growth policies and enact legislation that supports the independent supermarket industry.”

Robert Guenther, SVP of public policy for United Fresh Produce Association, which counts food safety, immigration reform, nutrition, federal agriculture policy and international trade among the issues that are key, acknowledged that the election was unprecedented in many ways.

“A lot has been said about this election — historic, unprecedented, amusing, and ugly — but at the end of the day, we take pride in our individual right to every four years vote for a new leader of our great nation,” Guenther said. “Yesterday was no different. We congratulate President-Elect Donald J. Trump and the Republican Party on their victory and look forward to working with them as they begin the daunting task of bringing this country together for the betterment of all. In addition, we salute those elected to the 115th Congress and hope they also embrace the opportunity to work together to address some of the most important issues our industry will face in the next several years.”

The Grocery Manufacturers Association, whose food, beverage and consumer packaged goods members comprise the single largest U.S. manufacturing industry said, "We look forward to working with the new Trump administration and the new Congress to continue the bipartisan support for science-based laws, regulations and policies that enable us to continue providing Americans — Republicans, Democrats and Independents in every state — with the most safe, healthy, convenient and affordable food, beverage and consumer products in the history of the world."