The Millennial Shopper: Mind the Gap

Millennial shoppers, their massive spending power and distinct personal tastes have motivated countless marketing schemes and business models. Here are some the ways retailers and CPG companies are catering to this up and coming group.

BOSTON — Millennials looking for information about products are more likely to consult peers than rely on experts, say researchers.

Two major retailers — Cincinnati-based Kroger and U.K.-based Tesco — have been able to leverage this propensity of Millennials to follow their peers in marketing private-label products. Both have partnered with BzzAgent here to recruit brand advocates within the Millennial cohort to comment on these products in blogs and social media to their Millennial peers.

The choice of BzzAgent by both retailers was not coincidental.  BzzAgent was acquired by loyalty marketing firm Dunnhumby, of which Tesco has a greater than 50% stake; Dunnhumby’s U.S. division is a joint venture of Dunnhumby and Kroger. 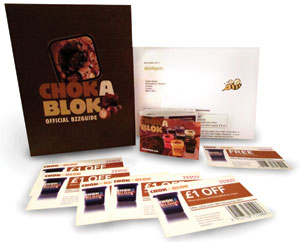 Last fall, BzzAgent took on the challenge of getting the word out about ChokaBlok, Tesco’s new line of premium ice cream. BzzAgent found advocates by matching its existing panel of “BzzAgents” with Tesco’s database of Club Card shoppers, focusing on people who like premium ice cream but aren’t particularly brand loyal.

Preferred BzzAgents are those who have a track record of posting their views and getting reactions in the form of Facebook likes and comments, Twitter retweets and blog reactions. But BzzAgent also recruited shoppers with the right purchase history but no prior  BzzAgent advocacy experience. Those selected got coupons for free products for themselves, and coupons for their friends.

Tesco’s ChokaBlok brand management team “found it useful to target people in [the Millennial] age group,” said Faulds. BzzAgents themselves frequently fall into the Millennial category, with an average age of 30.

SN Roundtable: Waking Up to the New Millennium

For eight weeks, advocates sampled the ChokaBlok products and generated up to 15 kinds of content, including photos, videos and reviews. BzzAgent previews blog content, but doesn’t take out negative comments, said Faulds. Still, most reviews lean positive. In one blog, the advocate described ChokaBlok’s Billionaire’s Shortcake flavor as “divine.”

The upshot of the ChokaBlok campaign was a “double-digit sales increase and a strong ROI on par with targeted direct response vehicles,” said Faulds.

Similar to a community supported agriculture program or CSA, the Local Food Club gives subscribers a weekly box of produce, and offers options of meat, dairy, bakery, floral, and wine and beer add-ons.

Ron Williams, the program’s creator, finds that the club gets customers to try new products they might not normally be interested in.

“It’s like being able to put something the customer didn’t intend to buy in their grocery cart. We can put things in the box that they probably never tried,” said Williams, who is also Dorothy Lane’s produce manager. 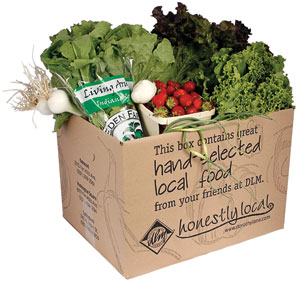 “We’re usually pretty good about giving them a recipe, and I think we’ve picked up customers and expanded their horizons.”

Club members with the dairy option also received a half dozen duck eggs and locally made baby Swiss cheese, and those with the bakery option got farmhouse bread — made in-house from scratch.

Although many shoppers are interested in learning about fresh foods, CSA programs are especially likely to appeal to Millennials.

She noted that Millennials are looking for meal inspiration and ideas about how to use fresh foods.

“They want to be inspired in the grocery store with what they can make for dinner because this generation is new to cooking,” she said.

Gray added that Millennial shoppers “are probably driving the growth in organic, and probably keeping the local food thing alive, yet they’re really adventurous in their palate, and want a diversity of offerings and flavors.”

SKOKIE, Ill. — If you’re a retailer and you want to connect with Millennial shoppers, one way to do it would be through an intermediary they usually have with them — their smartphone.

While smartphones are becoming ubiquitous, they are more closely associated with younger shoppers. According to a recent study by Barkley, The Boston Consulting Group and Service Management Group, Millennials are almost twice as likely as non-Millennials to own smartphones (59% vs. 33%).

One retailer that has stepped up its focus on mobile transactions is Peapod here, the online shopping division of Ahold USA. Peapod introduced a mobile app through which shoppers could place orders in 2010. In February of this year, the company unveiled billboards supporting the app in SEPTA commuter train stations in Philadelphia; the billboard is now in nine stations.

Peapod shoppers who have the mobile app can use it to scan bar codes on the billboard below any of about 50 products from six manufacturers, thereby creating an order; they can supplement the order with other products via the app or online and submit it for home delivery. Shoppers without the app can download it by scanning a QR code on the billboard. 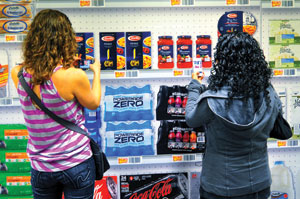 Last month, Peapod set up a similar display with 70 products on both sides of a tunnel at a subway station in Chicago. This fall, displays will be added to additional stations as well as commuter rail stops in Chicago. Peapod is looking at expanding the program to more cities on the East Coast.

The displays are attracting new customers to Peapod, said Thomas Parkinson, co-founder, senior vice president and chief technical officer. “People can’t help themselves — they download the app and try scanning something,” he said. “We’re getting those people to convert to becoming shoppers.”

Orders placed via a combination of a smartphone and online are about $8 larger than online-only orders,” noted Parkinson. “The reason is you can go ‘I forgot something’ and add it anytime [on a smartphone].” About 20% of Peapod’s orders now make use of smartphones. “It used to be you would sit down to do Peapod,” he added. “Now you can do it anywhere, anytime.”

Parkinson agreed that Millennials are the largest users of smartphones for activities like grocery shopping. He pointed out that Peapod also appeals to Millennials’ preference for convenience, particularly in a feature that allows them to create an order with one button that reflects their historical ordering pattern.  “They’re not shopping for price as much,” he said. “Just one click, I want it tomorrow, done.”

The displays are financially supported by the CPG firms whose products appear on them: Coca-Cola, Reckitt Benckiser, Bimbo Bakeries, Kimberly-Clark, Barilla and Procter & Gamble. “They felt this was cool, a great way to showcase their products in a different way,” said Parkinson, who noted that Peapod has some prepared foods in the displays.

Millennials Eager to Experiment With Wine

With its air of mystique and global influence, the wine category in particular is poised to capitalize on this predilection for what’s new and different.

“Millennials are fueling wine growth,” said Steve Sprinkle, vice president of domestic sales for E.&J. Gallo here. “They are experimenting with a wider variety of wines, as well as across total alcohol beverage.”

Take, for instance, their interest in Moscato — a newer sparkling wine whose sales soared 73% over the last year. Usage of the sweet varietal made from the Muscat grape is highest amongst Millennial shoppers, according to Gallo, which focuses on those in the 25 to 34 age range.

Gallo research also indicates Millennials are less likely to drink Cabernet Sauvignon and Merlot than Baby Boomers; comprise the only generation to drink more Pinot Grigio than Chardonnay; and most importantly for retailers, are more open to splurge on high-quality wine. 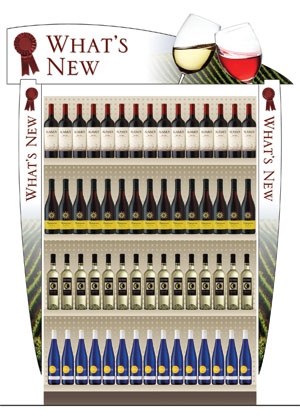 “Millennials are the most experimental generation in price tiers,” Sprinkle said. “They are also more willing to spend more money on a bottle of wine than other generations, especially at comparable ages.”

Grocers selling wine have much to gain from the incremental sales opportunities presented by new wine drinkers, but Sprinkle noted one caveat — merchandising strategies need to be as distinct as Millennials’ tastes and preferences.

“They need to communicate with Millennials differently than past generations if they want to convert them to loyal customers,” he said.

Gallo’s trading partners are executing tactics that engage 20- and 30-something shoppers in the ways to which they’re accustomed.

The “If you like Merlot, you’ll love Malbec” campaign is likewise designed to help Gen-Yers discover new varietals in a Netflix-type recommendation style. Tastings are another way to help inexperienced shoppers gain enough confidence to make a purchase.

Supervalu, Minneapolis, will soon execute a Millennial platform featuring Gallo’s portfolio of authentic Italian Pinot Grigios. Later on in the year, it will present “discovery” varietals such as red blends and Moscato.

“Wine education is important with Millennials but it has to be done in a way that is fun, easy and not intimidating,” Sprinkle stressed.

QR codes: A technology that's ready to connect retailers with shoppers
May 04, 2022