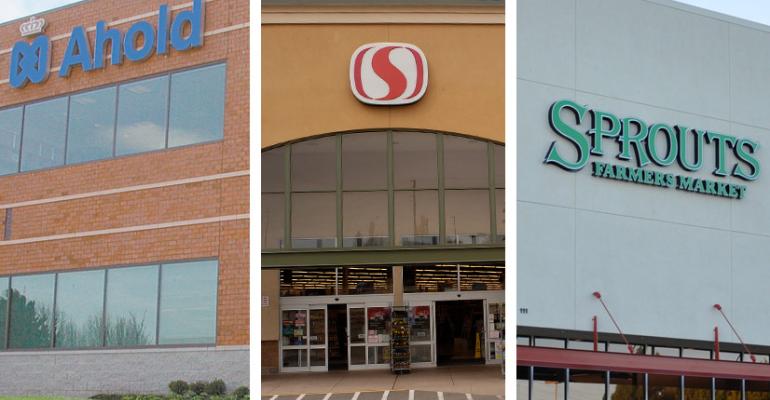 &ldquo;I think 2014 will be a an accelerator year in which we see a lot of retailers making decisions and then piloting and implementing [mobile technologies], and then 2015 will be a massive growth year in terms of consumer engagement via mobile in the store.&rdquo; &mdash; JOHN CARON Caron Catalina Marketing

From Ahold to Sprouts, retailers are taking steps to further personalize their interactions with shoppers.

In an interview with SN, Rebecca Kane, VP of customer marketing and digital, Ahold USA, described how the company is leveraging data to deliver a better in-store experience for shoppers using its Scan It! Mobile app, which rolled out in 2011 following the initial use of Motorola handheld scanning guns.

“The evolution of Scan It! has been interesting,” she said. “Now customers can take control of their offers. That’s the power of this — that you can actually provide them with personal offers while they shop, and that’s a big thing.”

Kane discussed the company’s use of the technology in conjunction with a research report issued by St. Petersburg, Fla.-based Catalina Marketing, which is Ahold’s partner in the Scan It! initiative. The report, called “Engaging the Selective Shopper — Why Today’s Shoppers Expect Personalization,” conclude that shoppers tend to adhere to a highly limited list of regularly purchased products when shopping for groceries, but can be influenced via in-store digital marketing to expand their baskets.

“When we go into the grocery store, we have blinders on,” said John Caron, VP of marketing for Catalina. “The goal is get in and get out.”

But at the same time, he said, as shoppers increasingly use their smartphones in the store, it becomes an overwhelmingly convenient tool for communication between the store and the shopper.

“While shoppers are blind to what is happening in the store, that smartphone is what people are paying attention to,” Caron said.

He predicted that this year would herald a lot of activity around mobile technologies and personalization at retail.

“We’re seeing more and more retailers starting to embrace this,” Caron said. “I think 2014 will be a an accelerator year in which we see a lot of retailers making decisions and then piloting and implementing [mobile technologies], and then 2015 will be a massive growth year in terms of consumer engagement via mobile in the store.”

In fact, at about the same time Catalina unveiled its study, an executive from Sprouts Farmers Market discussed its plans for a more robust customer analytics solution in a presentation at the National Retail Federation annual conference in New York, and a Safeway executive discussed that company’s use of Big Data at the Food Marketing Institute Midwinter Executive Conference in Scottsdale, Ariz.

In personalizing the experience for shoppers, Kane said Ahold starts by looking at the basic needs of customers, which it considers in terms of their constraints — whether those are time-related constraints or financial constraints, for example. Other constraints could be related to health and wellness or number of people in their family.

“Each customer is kind of operating at some level against managing these constraints,” she said. “Some are heavy on time constraints, others on money constraints.

“What we are focusing on is building out unique digital solutions to meet each of those need areas.”

Specific tools can then be deployed based on individual needs, she explained.

“If I have money constraints, a digital coupon is more important to me than if I have time constraints,” she said.

The Scan It! Mobile app itself addressed the need for convenience for many shoppers, she noted, citing features such as DeliVison that allow customers to place deli orders from their phones and pick them up at their convenience.

Further personalization occurs at the product level, when Ahold and Catalina can offer specific product recommendations for individual customers.

“It even goes as far as meal planning,” Kane explained. “If you are going to recommend a meal, you have to understand their needs.”

With product offers on Scan It! Mobile, the company uses not only past purchase history garnered through the loyalty cards, but a host of other data that can be layered on top of that in the store, Caron explained.

In addition to product purchasing patterns — such as the frequency of buying pet foods, for example — Catalina and Ahold also can use the customer’s physical location in the store, the item most recently just scanned, the time of day, which store the customer is in, and other factors to determine what is the most relevant ad.

“The idea of putting an appropriate dairy ad in front of people as they are approaching the dairy section is where it gets very powerful,” Caron explained.

The system uses both Wi-Fi triangulation in the stores and information from the most recently scanned product — mapped against the store planogram — to track a customer’s progress through the store, he said.

“The idea is, how do you drive the greatest relevance to the consumer while they are walking through the store?” Caron said.

Driving offers based on purchase cycles is also very important. While it might be obvious to promote milk when a customer scans a package of cookies, for example, if that customer buys milk on a regular cycle and recently made a large purchase, an offer for milk could be suppressed in favor of another offer.

Ahold has Scan It! in about 400 locations, and all are enabled for use of the mobile version.

Kane said the company is building out the mobile “super app” with an increasing amount of functionality, such as list building, online ordering and other functions.

Caron said the importance of personalization could be seen in user adoption of the Scan It! technology. When it was first launched, he noted, Ahold was not pushing any personalized offers to shoppers.

“When we added personalized offers, it doubled the adoption rate,” he said.

“It is our view that personalized media is even more important than the scan-and-bag experience,” he said. “It is the ability to directly engage the consumer, because it takes the value equation even higher.”

Sprouts Farmers Market is working this year to layer customer analytics on top of the current item-level analytics the company performs, CMO and CIO Steve Black said during a panel presentation at the National Retail Federation’s “Big Show.”

One of the biggest opportunities Sprouts sees in delving deeper into customer analytics is in retaining and recapturing lost shoppers — especially the “silent” ones who leave without ever voicing a complaint, he said.

“One of the things we want to do with customer analytics is to know when we lost a customer, and what we can do to get that customer back,” he said.

In addition, as the company moves forward with combined customer analytics and item-level analytics, it could gain the ability to share more data with vendors, who “today have very little visibility into customer buying habits,” Black said. Sprouts could also use the data to help in merchandising its stores.

“Our category managers have been hungry for this for a long time,” he said.

Safeway is using Big Data to build closer relationships with some 30 million customers, Keith Colbourn, SVP, loyalty and analytics, said during a panel discussion on Big Data at the FMI Midwinter Executive Conference in Scottsdale, Ariz.

The efforts currently center on Safeway’s Just For U marketing platform, which delivers personalized deals to shoppers, he said.

“The club card at Safeway has been around for 15 years, but it’s really been amazing that in the past three or four years the acceleration of technology has allowed us to capitalize on this and connect with shoppers,” he said.

Colbourn said another part of Big Data involves the growing consumer use of smartphones, tablets and other devices, and the ability to connect with them as they do pre-shopping research on the go.

“Most people think thoughts that are too big,” he said. “You need to do things that really need to be done, like changing products by store.”

A third panelist, Michele Buck, president, North America, The Hershey Co., said the problem of out-of-stocks is an important one to be tackled.

“It’s about how can we have an insights-driven supply chain,” she said.

Supermarket operators can potentially make better decisions about merchandising, store layouts and labor scheduling by anonymously tracking shopper visits via their smartphones, according to a study commissioned by the National Grocers Association and the Center for Advancing Retail & Technology.

The study was based on research conducted last spring at two unidentified independents — one in New England, the other in the Midwest, NGA said.

It involved tracking shopper movement via Wi-Fi-enabled personal mobile devices throughout the stores on a completely anonymous basis.

According to Schuyler Hawkins, VP of research engineering for CART, “Knowing how customers actually move around a store and having insight into where they spend their time versus just passing through are two key benefits of this system that will help retailers improve product merchandising, store layout and their customers’ shopping experience.”

Read more: Marketing at Metro: From insights to action

The report said learning to understand real shopper behavior “represents the latest front in the retail industry. Technologies such as [this one] help independent retailers to remain competitive.”

Noting that 61% of U.S. residents own smartphones, the study said, “The rise of the smartphone in all age categories has created an enormous opportunity for anonymous monitoring software and hardware that protects shopper identity while delivering insights into shopper behavior.

“Detection of unique mobile devices enables the measurement of return visit patterns — an indication of shopper re-patronage. This holds promise as an additional measure of shopper loyalty.”

According to Birdzi, Iselin, N.J., the analytics company that conducted the study, “The goal is to empower supermarket operators to better understand their customers and learn to engage with them in a seamless and non-intrusive way.”

Among the report’s findings:

• Shoppers spent an average of 14.44 minutes in the stores.

• There are twice the number of frequent shoppers (those who come to the store at least twice a month) compared with new or repeat shoppers — knowledge that could enable retailers to gear up service levels when repeat shoppers are in the store.

• The ratio among new, repeat and frequent shoppers is relatively constant throughout the week on a day-by-day basis, but traffic rises nearly 36% on the weekends.

• Extending store hours slightly during the week may convince some shoppers to visit on a weekday rather than the weekend, easing store operations on weekends.