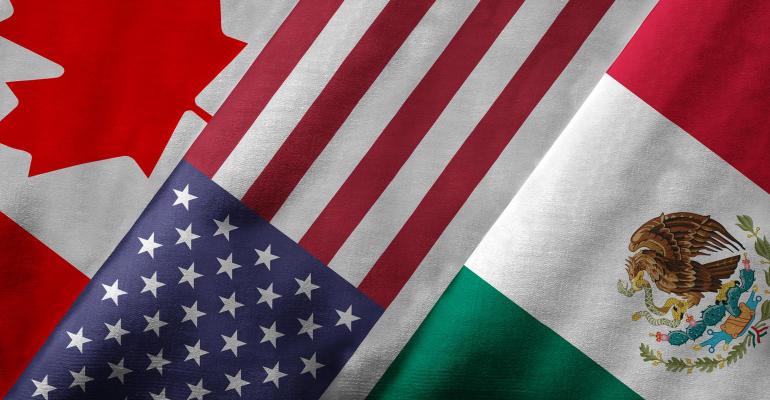 America’s farmers and food retailers received a second round of good news this week with Senate approval of the U.S.-Mexico-Canada Agreement (USMCA), a victory hailed by agricultural groups following the 89-10 Senate vote Thursday in favor of the trade agreement.

President Donald Trump is expected to sign the agreement next week. Mexico has already ratified the deal. Canada will be the last nation to consider the agreement when its Parliament returns from winter break on Jan. 27, 2020.

All food and agricultural products that had zero tariffs under the North American Free Trade Agreement (NAFTA) will remain at zero tariffs. Since the original NAFTA did not eliminate all tariffs on agricultural trade between the U.S. and Canada, USMCA will create new market access opportunities for U.S. exports to Canada of dairy, poultry and eggs, and in exchange, the U.S. will provide new access to Canada for some dairy and peanut products and a limited amount of sugar and sugar-containing products.

“This trade agreement comes at a critical time for farmers and ranchers, increasing optimism that we’ll turn the corner in 2020,” American Farm Bureau president Zippy Duvall said. “USMCA is an important step toward restoring the competitiveness of America’s farmers and ranchers, strengthening our trade relationships in North America and setting an example for agreements with other important trading partners.”

“Our expanded trade with Mexico and Canada has transformed grocery produce departments over the past thirty years. This transformation has taken place at the same time as new markets have opened and expanded for U.S. growers; so much so, that the United States food and agriculture economy now supports more than 22 million jobs and $152 billion in exports every year,” he continued. “This trilateral trade agreement maintains and secures existing supply chains and will result in continued growth in U.S. food and beverage exports. FMI thanks House and Senate leadership for their efforts to pass legislation that benefits American jobs and consumers.”

In 2018, the last full year for which data are available, Mexico was a $517 million market for U.S. chicken exports, with Canada totaling $352 million, the National Chicken Council said, with president Mike Brown noting in a statement, “USMCA will maintain or improve market access for chicken exports in our top two valued markets: Mexico and Canada.”

The National Turkey Federation added, “Mexico is the largest export market for U.S. turkey products, and securing this trade relationship is a leading priority for American turkey farmers and processors.”

Pork: NAMI noted that since NAFTA entered into force in 1994, pork exports increased in value from $322 million to more than $2.3 billion over the course of the agreement. In terms of volume, Canada and Mexico imported nearly 40% of all U.S. pork exports in 2017, which was prior to retaliatory tariffs. The National Pork Producers Council (NPPC) said a similar volume is expected in 2019. U.S. pork exports to Canada and Mexico support 16,000 U.S. jobs, NPPC added.

"USMCA provides U.S. pork producers with certainty in two of our largest export markets. It received strong support in both chambers of Congress, and we look forward to seeing President Trump sign it into law," said NPPC president David Herring, a hog farmer from Lillington, N.C.

In a prepared statement, National Cattlemen’s Beef Assn. (NCBA) president Jennifer Houston said, "The ratification of USMCA is a crucial win for all U.S. beef producers and a reassurance that U.S. beef will continue to have unrestricted, duty-free access to Canada and Mexico. NCBA has been a strong supporter of USMCA since day one, and we believe that today’s vote sends a strong message to the rest of the world that the United States believes in free and fair trade.”

The U.S. Meat Export Federation reported that shipments to Mexico and Canada in 2019 totaled about 1.25 million metric tons at a value of $3.8 billion, and the U.S. red meat industry looks forward to many years of further growth.

“The new USMCA deal delivers peace of mind for our businesses, removing the handcuffs of uncertainty that have constrained business decisions over the past two years as the deal was negotiated. The USMCA deal is a major win that levels the playing field with our largest trading partners,” IDFA president and CEO Dr. Michael Dykes said.

Jim Mulhern, president and CEO of National Milk Producers Federation, added, “America’s dairy farmers are celebrating today’s bipartisan vote as a win. Under President Trump’s leadership, [the U.S. Trade Representative and the U.S. Department of Agriculture] negotiated an agreement that will deliver a more certain future for our dairy farmers and rural economy. The U.S. must now remain diligent and proactively work with Canada and Mexico to implement USMCA in both letter and spirit. Full compliance is essential to achieving more fair trade with Canada and protecting American-made cheeses in Mexico.”

"Mexico is our top dairy export country, and this trade agreement allows for that relationship to continue to flourish,” said Jeff Lyon, general manager of FarmFirst Dairy Cooperative. “There is still work to be done. We are grateful for the hard-fought details that are part of this agreement; however, we would be remiss to not monitor implementation of this agreement to ensure it is being enforced in full and that U.S. dairy is reaping the full benefits.”

Other measures that benefit the wheat industry include the agreement’s language surrounding agricultural biotechnology that supports 21st-century innovations in agriculture and new language to strengthen disciplines for science-based sanitary and phytosanitary measures.

“Mexico continues to be our top importing country,” USW chairman and Paulding, Ohio, farmer Doug Goyings said. “Wheat farmers are relieved to see the agreement moving on to the President, and I think the Mexican millers who want our wheat are relieved, too.”

Trade with Mexico and Canada is a vital part of the market for corn, with both countries making up 25-30% of corn sales leaving the country.

For U.S. corn, Mexico and Canada have served as the industry’s largest and most reliable markets, and American Coalition for Ethanol CEO Brian Jennings said this agreement keeps the door open for related commodities, like ethanol and distillers grains. “Although USMCA doesn’t set ethanol-specific trade provisions, its ratification positively reaffirms this long-standing relationship with markets next door as we enter into this new decade of market growth,” Jennings said.

Oilseeds: Mexico is the number-two market for whole soybeans, meal and oil, and Canada is the number-four buyer of meal and number-seven buyer of oil from U.S. soybean farmers, making the trade agreement essential to sustaining the growth realized in those two countries under NAFTA. U.S. soybean sales to Mexico quadrupled under NAFTA, and sales to Canada doubled, the American Soybean Assn. said in a news release.

“In addition to securing the Mexican market as the second-largest importer of U.S. soybeans, the terms agreed to by Canada will increase U.S. poultry and dairy exports, which is also a positive for our industry,” American Soybean Assn. vice president Bill Gordon said.