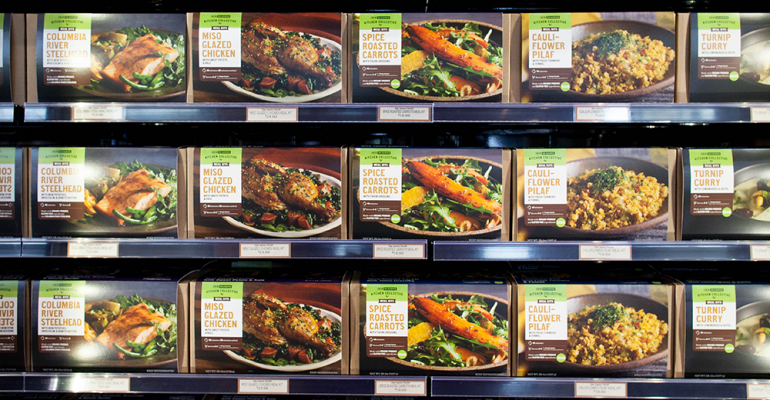 Meal kit sales continued to show strength in 2018, according to new data from the market research firm the Nielsen Co. LLC.

“There has been a massive shift to the in-store space in the last year,” said Meagan Nelson, Nielsen’s associate director for fresh growth and strategy, at the Annual Meat Conference in Dallas this week.

Nelson said the growth in meal kits has been fueled in part by online subscription companies partnering with brick-and-mortar groceries, supermarkets offering their own packaged options and even restaurant brands dipping their toes into the market. 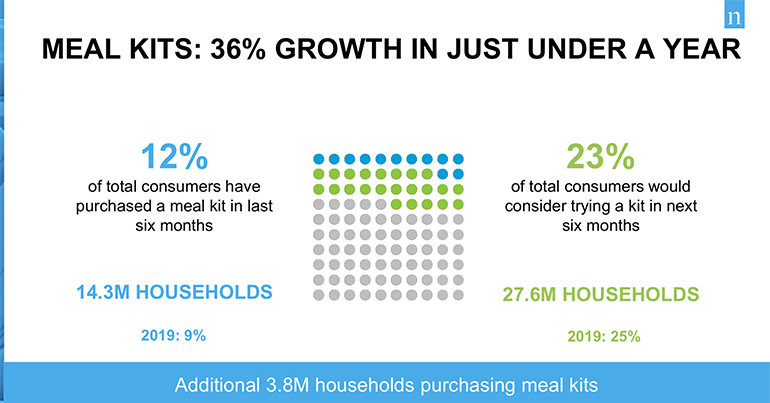 Neilsen data indicated meal kits had seen a 36% growth in just under a year. A survey of 43,000 consumers in late 2018 found 12% of consumers had purchased meal kits in the past six months and 23% of shoppers would consider trying a kit in the next six months, Nelson said.

“It went beyond just products to your door,” Nelson said. “It solved the need for: ‘What do I want for dinner? Do I have everything I need?’”

A number of customers buy in both the online and in-store channels, Nelson noted, but in-store purchases accounted for 60% of the growth in meal kit sales.

Meal kit customers tended to be higher income and younger than typical shoppers, she said. Demographics indicate meal kit purchase growing among those in households with incomes of $100,000 or more. They also saw appeal, both online and in-store, among those aged 35 to 44, Nelson said.

“In general, what we are seeing is consumers really want to eat healthy but know they can’t always do it,” Nelson said, and 76% of surveyed shoppers said they wanted their meal kit to be good for their diet. 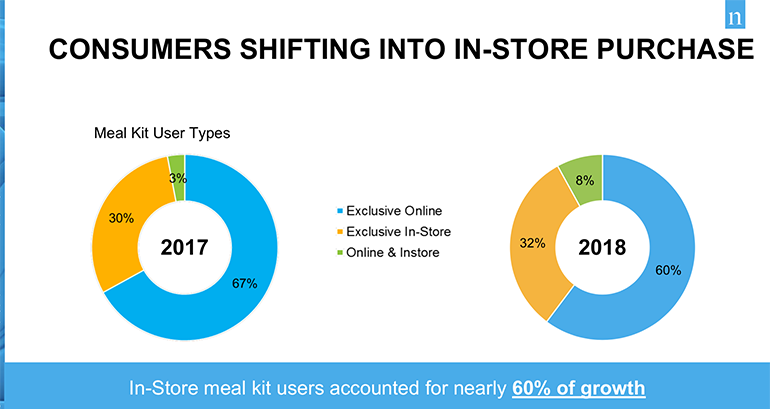 To capitalize on the meal-kit trend, Nelson suggested supermarkets can:

The kit of premeasured ingredients, which yielded a full meal within 30 minutes, were priced at $15.89.

Other Meat Conference meal kit panelists said they were watching the landscape closely. 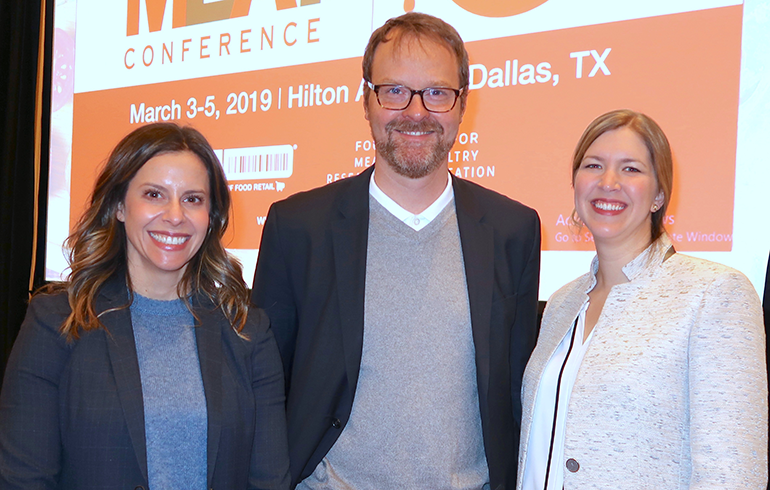 Ashli Blumenfeld, owner and president of Fort Worth, Texas-based Standard Meat, which specializes in custom protein portioning to brands like Hello Fresh, said her company had to become more efficient and relied more on technology and automation to produce meat for the meal kits.

Blumenfeld said that her company also has borrowed ideas on packaging, relying less on trays, from providers in the United Kingdom.

In June, Hello Fresh launched retail supermarket versions of its meal kits in Ahold Delhaize USA stores. The offerings were started in 581 Stop & Shop and Giant Food (Landover) stores in the Northeast and Mid-Atlantic.

Other subscription services that moved into retail supermarkets last year included Plated in Albertsons and HomeChef in Kroger. Blue Apron launched a pilot retail program with Costco in May but halted it in November, citing “seasonal cadence” and saying it might resume it this year after the winter holidays had passed.