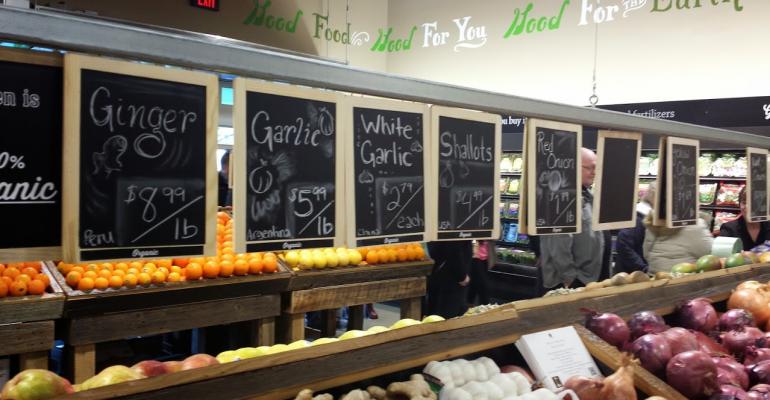 Mrs. Green has taken up residence in New Jersey.

The fast-growing organic food chain on Thursday evening held a pre-opening party for a new store in West Windsor, N.J., that is the chain's largest at 20,000 square feet and shows off a new format built to accommodate expanded foodservice and natural-living departments, complementing an all-organic produce department. 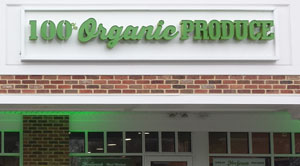 “The strategic difference for us is our produce, which is 100% organic. Other players like Whole Foods have a lot of conventional items,” said Avallone. “So we focus on making sure our customer knows that, so she can shop the department like she shops any produce department, without having to look around for which products are organic.”

Mrs. Green’s is reaching out to customers through what Avallone described as “generous” offers built around a newly launched rewards-based loyalty program. Shoppers using the Market Rewards Card are eligible for four free items each week with a $50 purchase -- items with a retail value of $14-$16, Avallone noted — and earn 1% discount on all purchases made with their card.

"We do the free items in partnership with our suppliers and CPG partners, and we're finding that shoppers are excited by that kind of value proposition,” Avallone said. “It's something you can't find anywhere else. It's a great deal."

The West Windsor store, which opens for business Friday morning, is Mrs. Green’s Natural Markets’ first location in New Jersey and is one of 20 new store openings planned by the Irvington, N.Y.-based retailer in 2014. Another unit in Burlington, Ontario, is also scheduled to open Friday.

A crowd estimated at more than 200 came to the West Windsor unveiling. Many said they were delighted to see a supermarket returning to a village shopping center whose anchor space had been dark since Acme closed nearly five years ago.