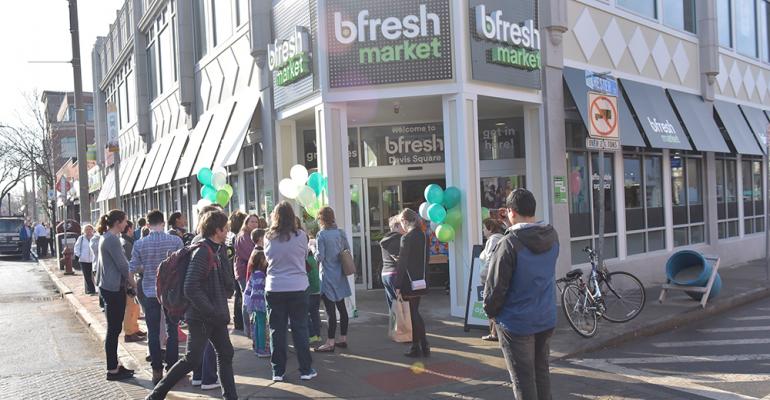 Millennials might be a generation of foodies with discerning palates, but they also have an appetite for value.

That’s one of the lessons Ahold Delhaize has learned through its experiments in small-format, urban retailing, as it opened its third bfresh store Friday with a focus on more private-label product and fewer high-priced specialty items.

The 11,000-square-foot store in Somerville, Mass., will include an expanded selection of Ahold’s private label offerings, including Nature’s Promise private label organics, while some higher-priced specialty items have been removed.

“One of the major changes that we introduced for this store in Somerville is that we introduced entry-price-point brands,” said Saskia de Jongh, the marketing, format and store development lead for bfresh, in an interview with SN. “We learned that our customers are looking for that entry price point, and looking for more value, both in regular brands and in organic.”

The new store provides bfresh shoppers with more private-label options both in shelf-stable grocery and in fresh departments such as meat and produce.

“Our customers are still very much interested in high-quality fresh foods, but they are also looking for value,” said de Jongh.

To make room for the additional private label items, de Jongh said the company analyzed sales data from its Allston and Brighton, Mass., bfresh locations and determined that some high-end specialty SKUs were not moving well, while others, such as certain olive oils, were worth keeping on the shelves.

The adjustment to the assortments will be phased into the Brighton and Allston bfresh locations over time, she said.

Prepared foods remain a key element of the bfresh concept, which retains its Little Kitchen area in the Somerville store, but the company made some adjustments. For one, the store is offering a wider selection of “meal kits” to give customers the option of finalizing their meals at home.

“We still really like the concept of cooking from fresh, healthy ingredients, and that hasn’t changed,” said de Jongh. “However, what we also learned is that our customers were not always willing to wait. They want to have a couple of options — sometimes they want to have something they can eat right away, but we learned that our customer also really likes to cook, especially healthy cooking.”

The meal kits, which contain all of the ingredients needed to prepare a meal in 30 minutes, had been offered on a smaller scale in Brighton and Allston, but the selection has been expanded at Somerville.

In addition, bfresh is adopting a hub-and-spoke concept for prepared foods in which the Somerville bfresh will prepare items that will be delivered to the Allston and Brighton locations daily. The new process will allow for a “more efficient use of space and resources,” de Jongh explained, noting that the Somerville location is slightly larger — by about 1,000 square feet — than the nearby Allston store.

The newest bfresh retains the ratio of fresh offerings at about 55% of selling space, vs. 45% of space for center store items, she said.

The bakery department, which will continue to make items from scratch on-site, will now also include items from four local, well-known bakeries, de Jongh said.

The concept continues to focus on serving densely populated areas that can attract a lot of foot traffic, she said.

The inaugural bfresh store opened in Allston in September 2015, and the Brighton bfresh opened last August. A bfresh location in Fairfield, Conn., was shuttered last April after six months of operation.

As exclusively reported first in SN, Ahold USA is folding its “fresh formats” team that developed the bfresh concept into its Stop & Shop division as part of its planned realignment around individual store banners.