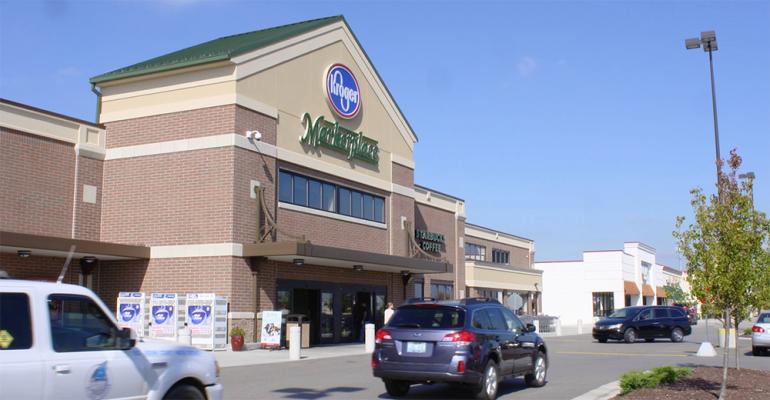 Company expects partnerships based on local preference to increase

The Restock Kroger Initiative, which launched in October, has begun to change the layout and operational procedures of the Cincinnati-based company’s vast network of stores, Chief Financial Officer Mike Schlotman said on Tuesday.

The program—which Schlotman referred to as a “balance between merchandising and operation efficiencies” during a presentation at the Barclays Eat, Sleep, Play Conference—involves an accelerated effort that centers around pricing, personalized communications with shoppers and a significant revamp of product assortments based on findings from the company’s research arm, 84.51°.

Kroger is using the data generated by the research division to optimize space allocation in stores and to ensure that each individual location has its own unique presentation formula.

“It’s not just going into the deli and saying we’re going to have an 8-foot steam tray instead of a 12-foot steam tray,” said Schlotman. “It’s an entirely different approach to what we offer the customer in that department that’s resonating in test stores in a very big way.”

Using Kroger’s presence in Cincinnati as an example, Schlotman said that stores in nearby Newport, Ky., may look “entirely” different and include a different variation of prepared foods and other items based on what nearby customers want.

A result of these geographically tailored shifts is an expansion in location-relevant partnerships based on what resonates in a particular area of the country.

Schlotman pointed to a barbecue sauce with a large local following as an example of a product that may be featured in both Kentucky and Cincinnati but may not be found farther way.

“There are things we’re doing in some of the fresh departments as well as in the store that are going to cause us to use less labor,” said Schlotman, adding that Kroger will be able to be “more effective” in regard to what product is displayed. That formula will change based on current demand.

While the company is aggressively utilizing tech to understand how to better serve the customer, the e-commerce side of the digital age is not necessarily receiving the same level of priority.

“We started as a brick-and-mortar retailer,” said Scholtman, who added that Kroger is trying to offer the digital experience that some customers crave, but points out that not ever shopper is interested in this option.

“There is no developed nation that home delivery or order online and pick-up at the store has been the majority of the way that people shop,” said Schlotman. “We just haven’t seen it be that high of the penetration.”

Schotlman added that many of Kroger’s customers split their shopping between a visit to a traditional store and online ordering.

Despite the commitment to physical locations and improving the traditional grocery experience with initiatives such as the Restock, Schlotman said that he wouldn’t rule out experimenting with a digital-only operation in the future if the volume of demand was high enough.

“I don’t know that the customer will see any difference though. It will be seamless to the customer, and that’s the whole mantra of what we’re trying to do in the digital world.