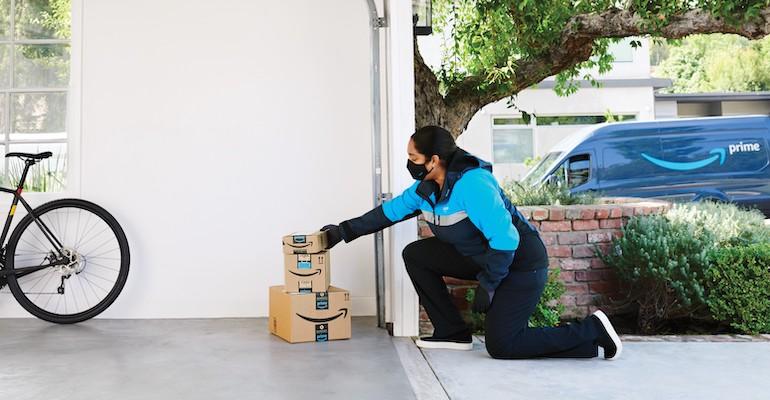 Amazon is expanding its contactless Key In-Garage Delivery service to more than 4,000 U.S. cities and adding grocery to the mix.

The e-tail giant said Thursday that Amazon Key In-Garage Grocery Delivery has launched in selected areas of Chicago, Dallas, Los Angeles, San Francisco and Seattle. Through the new service, Prime members can opt to have their Whole Foods Market or Amazon Fresh online grocery delivery orders placed inside their garage. Plans call for the program to expanded to other cities.

First launched in 50 cities in April 2019, Key In-Garage Delivery enables Prime members with a Chamberlain Group myQ smart garage door opener to receive packages in their garage. After linking their myQ app with Key, customers click on “Free In-Garage Delivery” at checkout on Amazon.com. Packages are brought by a delivery service professional, and customers can use the Key by Amazon app or Amazon mobile shopping app to get an alert when their package is delivered. The also can view videos of the delivery by using a compatible Ring smart home camera with their Ring Protect Plan or a LiftMaster Smart Garage Camera powered by myQ with a myQ Video Storage Subscription, Amazon said.

For a limited time, new Key by Amazon customers can get $30 in Amazon credits after their first in-garage delivery, the Seattle-based company said.

“Customers tell us they appreciate the convenience and peace of mind that in-garage delivery offers, and we’re happy to expand the service to thousands of additional cities,” Pete Gerstberger, head of Key by Amazon at Amazon, said in a statement. “With this latest expansion, Amazon customers in thousands of big cities and small towns across the U.S. can now enjoy another Prime benefit with convenient, contactless deliveries right in their garage, all backed by the Key by Amazon Happiness Guarantee.” 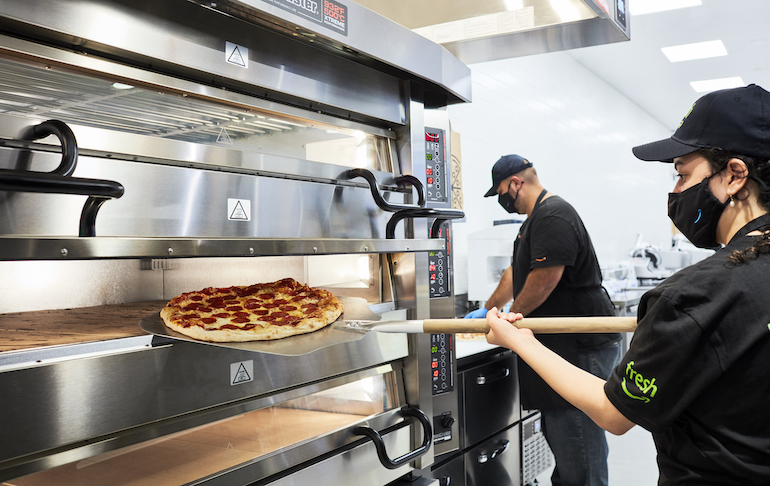 Fresh-made pizza is among the prepared foods offerings at the first three Amazon Fresh stores, located in Northridge, Irvine and Woodland Hills, Calif.

Like the first two stores, the Northridge Amazon Fresh offers an assortment of national, private and regional brands — including Amazon own brands, such as Fresh, Cursive and 365 by Whole Foods Market — plus fresh produce, meat and seafood, along with an array of prepared foods made fresh in the store daily. Local and regional brands include American Golden Nuts, CAULIPOWER pizza, Rockenwagner Bakery, Groundwork Coffee, Duke’s Mayo, Ellenos Yogurt and Boston Chowda.