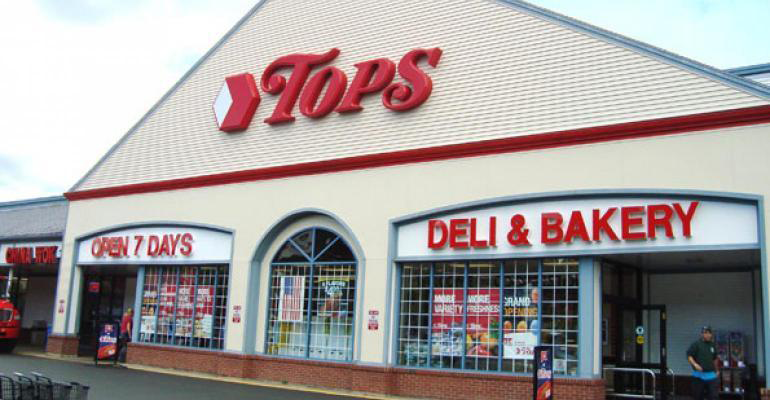 Click-and-collect expansion picks up at Tops

The expansion, announced this week, brings Tops Grocery Pick Up to 41 of the Williamsville, N.Y.-based grocer’s 159 supermarkets, including all Tops stores in the Rochester and Syracuse, N.Y., areas and a Lewiston location in New York’s Niagara County. The service is powered by Instacart.

“We are growing by leaps and bounds,” Jill Sirica, manager of digital marketing at Tops, said in a statement. “Having this service available to more of our customers simply just makes sense, so we kept the momentum going once the expansion took off last month in western New York.”

Tops introduced Instacart click-and-collect service at stores in Hamburg, Williamsville and Tonawanda, N.Y., in October 2018. The retailer said the strong customer response led it to broaden the rollout of the service to 16 more stores in late May.

In support of the curbside pickup expansion, the grocery chain is offering customers $15 off their first order of $35 or more by using the promo code “TakeOff15.”

Tops’ click-and-collect expansion is part of a $40 million store upgrade program unveiled in mid-April. At the same time, the retailer has brought Instacart same-day delivery to most of its stores. Home delivery, in as soon as an hour, is now available at around 130 stores, reaching more than 90% of the chain’s customer base. Tops announced its partnership with San Francisco-based Instacart in November 2017.

“Tops Grocery Pick Up service is a great way to save time and money for our customers by combining two great services into one: Tops Instacart [delivery] and Tops Pick Up,” commented Kathy Sautter, public and media relations manager at Tops. “We recognize that our customers are busy, and this added convenience helps take one more thing off their already overflowing plates.”

Tops operates 139 stores in upstate New York, 17 in Pennsylvania and three in Vermont. The company also has five franchised locations.

Boxed expands partnership with FedEx
May 12, 2022

Save Mart expands curbside pickup in Northern Nevada with Instacart
May 11, 2022