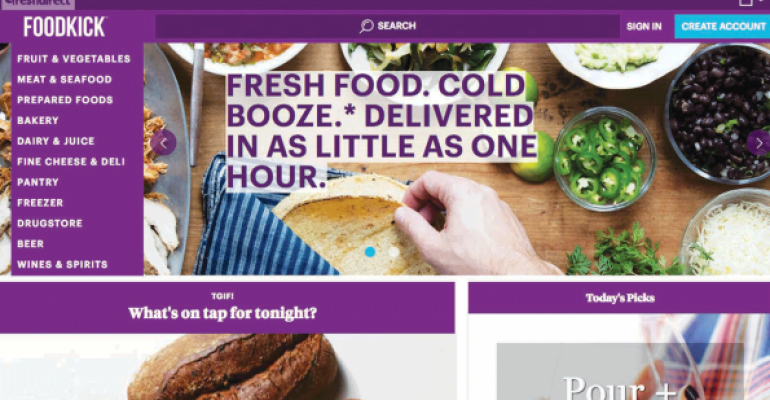 While FreshDirect itself is considered a disruptor to the traditional, store-based grocery model, the emergence of delivery services such as Postmates, DoorDash and UberEats indicated that it was missing out on a growing segment of the food market — one that is focused on immediacy. That’s where FoodKick comes into play. Launched earlier this year, FoodKick blends elements of these models, which are focused on food-for-now delivery, with FreshDirect’s existing grocery

Digital Access gives you annual unlimited online access to our most premium news and analysis such as monthly digital issues and The Top 75 Retailers and Wholesalers. This includes in-depth stories and insights from our team of editors and guest writers as well as free e-Newsletters, blogs, archives and more! If you already have a paid subscription, just link your subscription and online account to gain access. If not, subscribe today!