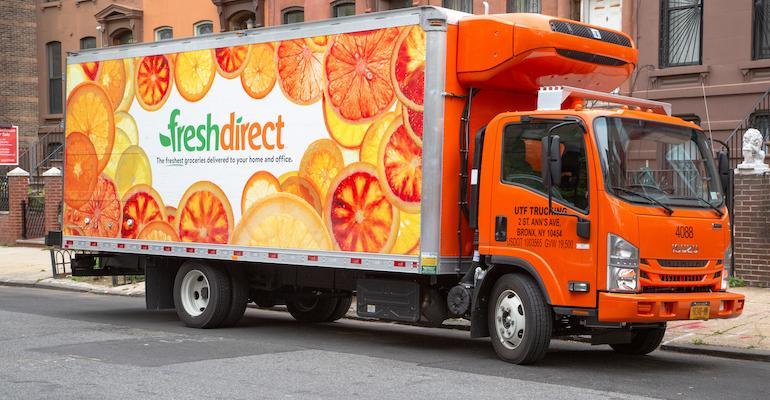 FreshDirect
Plans call for FreshDirect's reduced prices to take effect across a range of center store categories in all market areas on Sept. 1.
News>Online Retail

E-grocer integrates 250 Nature’s Promise and Taste of Inspirations products, with more to come

Plans call for the reduced prices to take effect in all market areas on Sept. 1, FreshDirect said yesterday. The savings will be applied to a “wide selection of products across a variety of categories,” the Bronx, N.Y.-based company reported.

Meanwhile, FreshDirect has spiced up its center-store mix with 250 SKUs from Ahold Delhaize’s Nature’s Promise better-for-you brand and Taste of Inspirations premium food line. Products now offered span the pantry, dairy and spice categories, and several hundred more items from the two brands are “in the pipeline,” the online grocer said.

“FreshDirect is upping the convenience of one-stop shopping to bring customers great value on center-of-the-store products, while continuing to deliver the best in fresh, speed and ease,” Scott Crawford, chief merchandising officer for FreshDirect, said in a statement. “We continue to integrate the stellar resources and expertise of FreshDirect and Ahold Delhaize to super-serve customers so they can address all of their grocery needs in one purchase.” 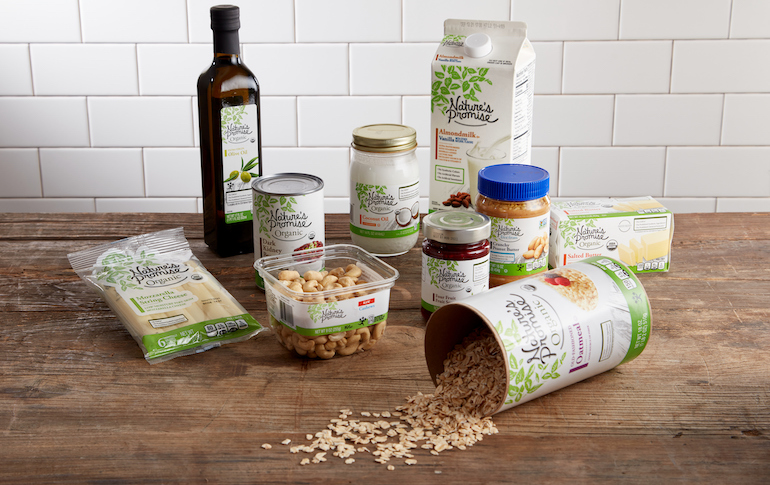 After the initial 250 Nature's Promise and Taste of Inspirations SKUs, several hundred more items will be added, FreshDirect reported.

In support of the center-store enhancements, FreshDirect plans to launch the “Fall in Love with Fresh” marketing campaign to highlight its fresh food and groceries, including the new savings and own-brand products. The retailer noted that, over the summer, it piloted the reduced pricing in selected zones across its delivery area, covering about 20% of its customer base, and the strong response from shoppers led the company to expand the adjusted pricing to all customers.

FreshDirect expects the expanded savings to resonate with customers. "We have provided savings on hundreds of products in key categories throughout the store. The amount of savings reflect typical pricing across our geography where we deliver groceries, but all customers will notice added value," Crawford told Supermarket News in an email. The price reductions for the selected items will be permanent. "We are going to continue to work on offering better value and delivering a great experience to our customers based upon the results of this initial move," he added.

Ahold Delhaize and private equity firm Centerbridge Partners unveiled their acquisition of FreshDirect in mid-November and closed the transaction in early January. Zaandam, Netherlands-based Ahold Delhaize holds majority ownership in the online grocer, while Centerbridge has a 20% stake. FreshDirect operates under Ahold Delhaize USA, which encompasses over 2,000 supermarkets on the East Coast under the banners Stop & Shop, Giant Food, Giant/Martin’s, Food Lion and Hannaford. Peapod Digital Labs supports online grocery and other digital services for the retail brands.

Fresh food accounts for more than 60% of FreshDirect’s sales, and in acquiring the company Ahold Delhaize saw a chance to boost the online grocer’s center store offering, including the addition of Ahold Delhaize USA private-brand items.

“As we have seen before in our due diligence, a very high loyalty of existing customers and a very strong proposition for FreshDirect overall on the fresh, convenience and healthy part of the assortment,” Ahold Delhaize President and CEO Frans Muller told analysts last month in a conference call on fiscal 2021 second-quarter results. “We will and we have now embarked on using the private labels of our Hannaford business into FreshDirect, which gives a stronger center-store proposition for FreshDirect, which was an opportunity that we saw before.”

FreshDirect also will provide a springboard for further expansion in the lucrative metropolitan New York market, according to Muller. “It’s a very complementary brand in the total setup, a strong foothold in Manhattan and the tristate New York [area]. And what we have seen is that a lot of FreshDirect customers also would like to have next to their FreshDirect commitments a strong supermarket on their site,” he said in the call. “That gives us an opportunity with Stop & Shop and FreshDirect to combine and capture that omnichannel proposition for customers in the New York area. Especially in the tristate space, there is quite some room for us to win.”