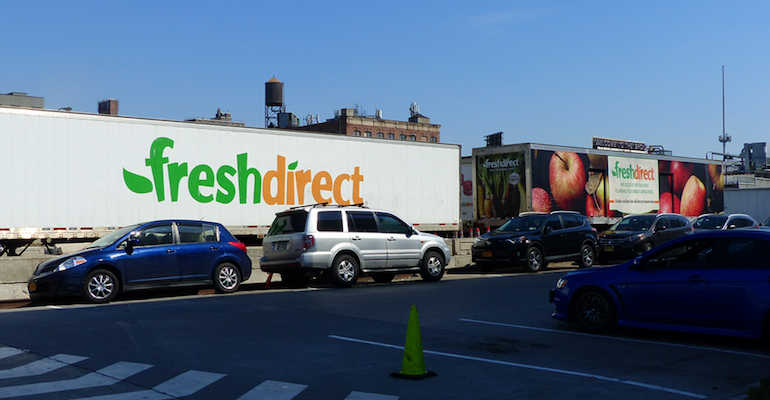 The companies said Tuesday they finalized the transaction after receiving regulatory approval from the Federal Trade Commission. Financial terms of the deal, announced in mid-November, weren’t disclosed.

Ahold Delhaize, which holds a majority share in FreshDirect, said it’s funding the acquisition with cash on hand. New York-based Centerbridge holds a 20% stake in the online grocery retailer.

“We are very pleased that we can now definitively welcome FreshDirect to our family of great local brands,” Frans Muller, CEO of Zaandam, Netherlands-based Ahold Delhaize, said in a statement. “This leading local online brand with a large and loyal following will help us reach additional customers in the New York trade area and further propel our omnichannel evolution. We are looking forward to working with our new FreshDirect colleagues.”

FreshDirect retains its brand name and continues to operate independently from its 400,000-square-foot automated fulfillment center and campus in the New York City borough of the Bronx. FreshDirect CEO David McInerney will continue to lead the e-grocer, which will report to a seven-person board.

“Today marks the beginning of an exciting new era for FreshDirect. Ahold Delhaize will build on FreshDirect’s success, ensuring the continued growth of our company, while creating synergy and maintaining the uniqueness of the brand,” McInerney (left) commented. “I am thankful to our loyal and devoted customers, many of whom have been with us since the beginning, and very proud of and grateful for the FreshDirect team, which has worked tirelessly over the years to make our company a leader in the field. The entire FreshDirect team looks forward to working together with our new Ahold Delhaize colleagues.”

The FreshDirect acquisition dovetails with Ahold Delhaize’s recent acceleration of its e-commerce expansion, fueled in part by more consumers buying groceries online during the coronavirus pandemic. U.S. online sales surged 114.7% in the fiscal 2020 third quarter, and the company plans to grow online capacity by nearly 100% in 2020 and 2021, including doubling the number of pickup locations to about 1,400. The U.S. business reaches about 90% of households in its markets with home delivery and pickup and roughly 70% with same-day delivery, including Instacart. 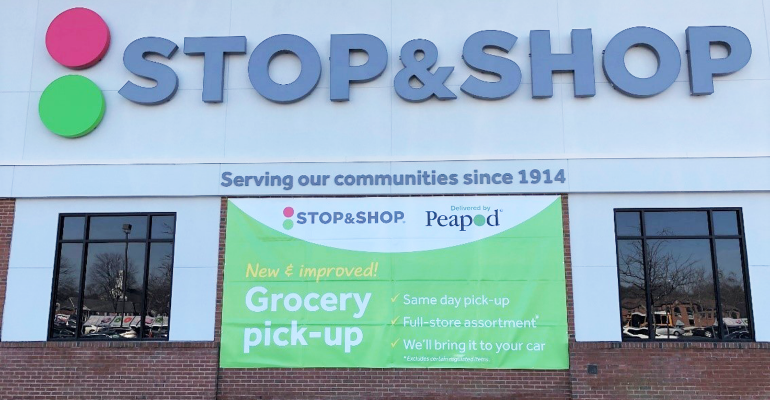 Store pickup is an expansion focus across Ahold Delhaize's U.S. retail grocery brands as it ramps up e-commerce services.

“We are excited to start this new partnership with Ahold Delhaize, in which we can utilize our experience in the interplay between logistics facilities and e-commerce fulfillment in order for FreshDirect to grow further,” stated Steve Silver, senior managing director at Centerbridge Partners.

An e-grocery pioneer, FreshDirect has provided online grocery shopping and delivery services, mainly in the metro New York area, for more than 20 years. The company was founded in 1999 by Joe Fedele, Jason Ackerman and current CEO David McInerney.

With the closing of the FreshDirect sale, McInerney thanked company investors Brightwood Capital Advisors, Maverick Capital and W Capital Partners. “We are grateful to our investors for their unwavering support and guidance and their significant contributions to the company’s leadership position and success,” he said.

Sengal Selassie, managing partner and chief investment officer at Brightwood, commented, “Brightwood has had strong conviction in FreshDirect’s growth potential since our initial investment in 2014 and is proud to have served as a long-term partner through multiple rounds of financing. Over the course of our investment, we have been pleased to support strategic initiatives, such as the company’s geographic expansion and launch of FreshDirect Express, and look forward to watching it continue to flourish under its new ownership.”

Along with other grocery retailers, FreshDirect has seen booming demand for online delivery since the COVID-19 outbreak and responded by boosting its service capabilities. In late June, the company launched FreshDirect Express, a two-hour, on-demand delivery service, in parts of New York City. That service was introduced about a month later in metro Washington, D.C., via a partnership with on-demand fulfillment provider Fabric, which marked FreshDirect’s foray into automated micro-fulfillment. Then in August, FreshDirect expanded its delivery capacity in New Jersey, Connecticut and New York’s Westchester County and Long Island.

“We could not be prouder of the FreshDirect team’s commitment to putting its customer first, demonstrated with intensity during the recent pandemic but obvious every day of our 14-year involvement with the company,” stated David Singer, managing partner at Maverick Ventures.  “We are excited that they will be able to amplify this approach as part of the Ahold Delhaize family.”

FreshDirect’s management team has “executed on the transformational promise of offering better, fresher food directly to customers,” according to Katie Stitch, managing director of W Capital Partners. “COVID-19 brought new depth to the mission, and W Capital couldn’t be prouder of the dedication shown by FreshDirect’s essential team members, both to its customers and to those in need in our community,” she noted. “We look forward to FreshDirect continuing to deliver an unparalleled offering to a growing number of customers under its new ownership.”