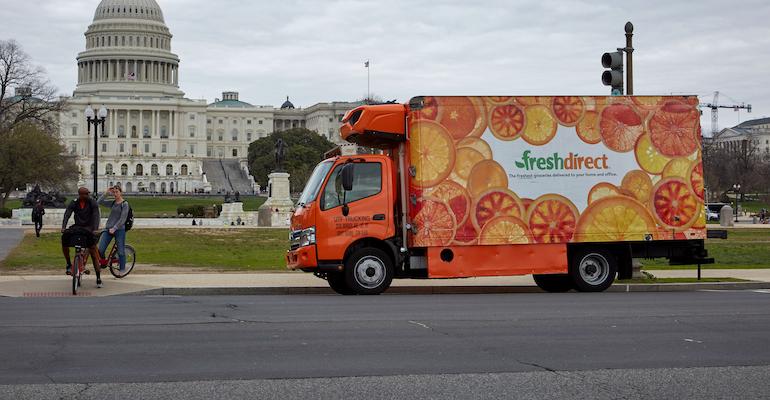 FreshDirect
Beginning in late 2020, FreshDirect customers in Washington, D.C., will be able to order from a wide selection of fresh food and grocery items and have them delivered within a two-hour window.
News>Online Retail

In announcing the expansion on Tuesday, FreshDirect said D.C.-area customers will be able to order from a wide selection of fresh food and grocery items and have them delivered within a two-hour window, on top of the current next-day service. The expanded service is slated to launch in late 2020.

“Washington, D.C., has always been an important market for FreshDirect, and we are excited to partner with Fabric to meet the current surge in demand while improving the customer experience,” FreshDirect CEO David McInerney said in a statement. “Fabric’s technology will allow us to turn our existing regional facilities into high-velocity automated distribution centers, speeding our expansion into new markets with two-hour on-demand delivery.” 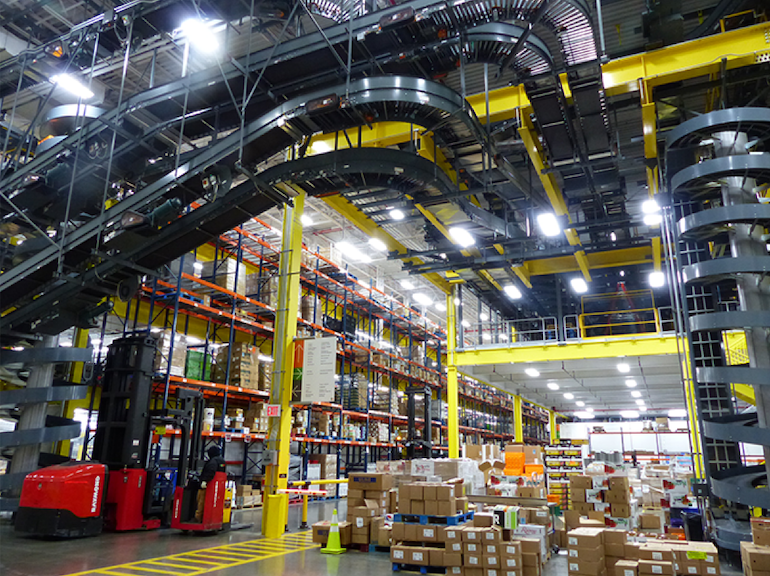 Fresh Direct said its 400,000-square-foot Bronx, N.Y., campus, including its automated warehouse and fulfillment center, will remain the primary facility in a “hub and spoke” operational structure.

The Fabric solution also will provide a platform for future service upgrades, FreshDirect added. The company said its 400,000-square-foot Bronx campus, including its automated warehouse and fulfillment center, will remain the primary facility in a “hub and spoke” operational structure, with micro-fulfillment centers deployed as needed to bolster capacity and expand service reach.

“FreshDirect is the pioneer of grocery e-commerce in the United States,” according to Elram Goren, co-founder and CEO of Tel Aviv, Israel-based Fabric, which has U.S. offices in New York City. “Now with Fabric’s robotic micro-fulfillment technology, purpose-built for on-demand fulfillment, they are positioned to best serve their Washington, D.C., customers profitably and at scale. We are thrilled to announce this strategic partnership as one of the first steps in Fabric’s continued expansion across the United States.”

The kickoff of two-hour grocery delivery in D.C. comes after the service recently made its debut in FreshDirect’s hometown of New York. In late June, the company launched FreshDirect Express, a two-hour delivery service that allows customers in the New York City boroughs of Manhattan, Brooklyn and parts of Queens to order from a curated selection of products and have them delivered to their door within two hours.

FreshDirect also has been expanding contactless order pickup in high-demand areas, including the Hamptons (Long Island, N.Y.), New Jersey, Philadelphia and D.C., as well as at its Bronx headquarters. More pickup sites are planned. Through the no-fee service, customers can place orders online, select a pickup location and, upon arrival, have their groceries loaded directly into their vehicle.

Overall, FreshDirect delivers directly to customers in selected markets in seven states, including New York, New Jersey, Connecticut, Pennsylvania, Delaware, Maryland and Virginia, as well as the District of Columbia.