News about the supermarket industry and other food retailers such as drugstores, dollar stores and online, plus wholesalers. 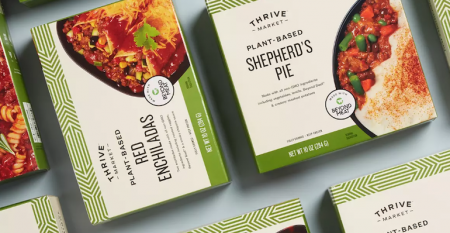 Thrive Market serves up frozen meals with Beyond Meat
May 11, 2021
Own-brand entrees part of expanded distribution with plant-based meat brand

Unlock premium access to SN
Get a premium subscription for just $39.95 and receive the 2020 Top 75 list of wholesalers and retailers FREE!

More Philadelphia stores on the way from The Giant Company
May 10, 2021
Four new locations, including the largest Giant Heirloom Market, to open by 2023

SN Top 10: FreshDirect, Costco, Stop & Shop top the week’s headlines
May 10, 2021
In this week’s recap of the Top 10 most popular Supermarket News articles, the top story was FreshDirect co-founder David McInerney stepping down as CEO. Among other stories featured in this week’s gallery:&nbsp...

Grocery retailers have a one-time opportunity to solidify customer relationships
May 10, 2021
There’s an opening to retain as much of each shopper’s pandemic-era business as possible, says AppCard CEO
Load More