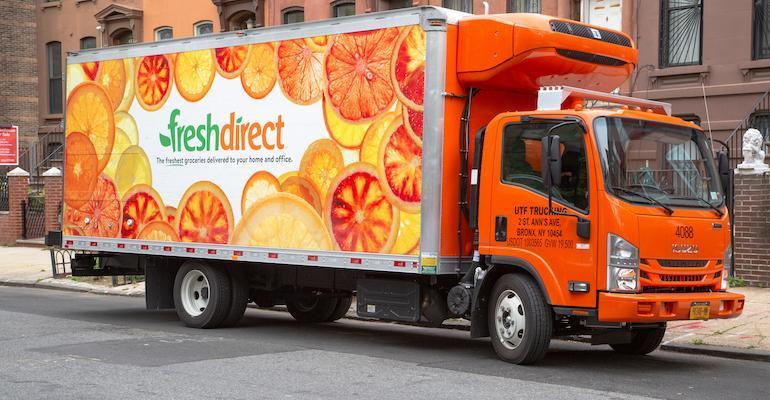 FreshDirect
FreshDirect has as retained BAM Strategy to develop the customer loyalty program, expected to roll out next year.
News>Online Retail

Online grocer FreshDirect has placed an order for a redesign of its customer loyalty program.

New York-based FreshDirect, part of Ahold Delhaize USA, said yesterday that it has retained BAM Strategy, a Montreal-based digital agency, to revamp the program. The e-grocer noted that it appointed BAM to build a new loyalty plan after a competitive review by the FreshDirect marketing team.

Related: FreshDirect to celebrate 20th anniversary of its launch

Plans call for BAM to start work immediately and the new FreshDirect loyalty program to launch in early 2023.

“We have been giving our customers a premium shopping experience for 20 years and as we look to the future, I am excited to work with BAM Strategy to take our engagement with our shoppers to a new level,” John MacDonald, chief marketing officer at FreshDirect, said in a statement. “BAM is a key partner in helping us develop a new, robust value platform, which will enable more insightful, rewarding, and personal connections for the lives our customers lead.”

BAM Strategy will be responsible for creating and launching the loyalty program for FreshDirect customers. That includes conducting dynamic customer research that will help with content and analytics strategy and branding for the program. FreshDirect said BAM also will audit its marketing programs to find more opportunities to expand into loyalty for consumers.

“We all know that groceries are essential to our daily lives, but in the last two-plus years, we learned that access to and delivery of those deliveries are more important than ever,” commented Xavier Picquerey, managing director at BAM Strategy. “When FreshDirect first came to us with this opportunity, we knew it was the right fit because we are committed to serving communities, and loyalty programs ultimately do just that. We are very much looking forward to bringing this project to life in the very near future.”

Marking its 20th anniversary this year, FreshDirect delivers directly to customers in selected markets in seven states, including New York, New Jersey, Connecticut, Pennsylvania, Delaware, Maryland and Virginia. Its key metropolitan markets include New York City, Philadelphia and the District of Columbia. The online grocer operates primarily through a 400,000-square-foot automated fulfillment center and campus in the New York City borough of the Bronx.