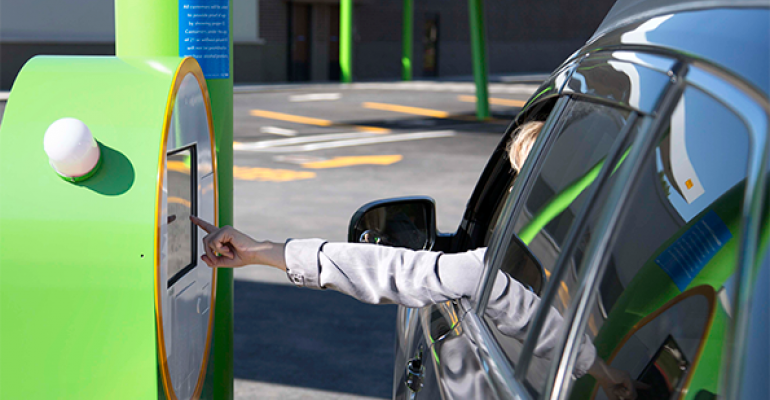 The facility is the first “click-and-collect” center to be opened in the U.S. by Walmart, which refers to the facility as a “test.”

The facility carries nearly 10,000 SKUs including fresh meat, dairy, produce and common household items. Customers ordering online or by mobile phone can schedule pickup in as little as two hours or up to three weeks after the order is placed, Walmart said. Customers arriving for pickup enter their order information at a drive-up kiosk and wait as Walmart workers deliver the order to their cars.