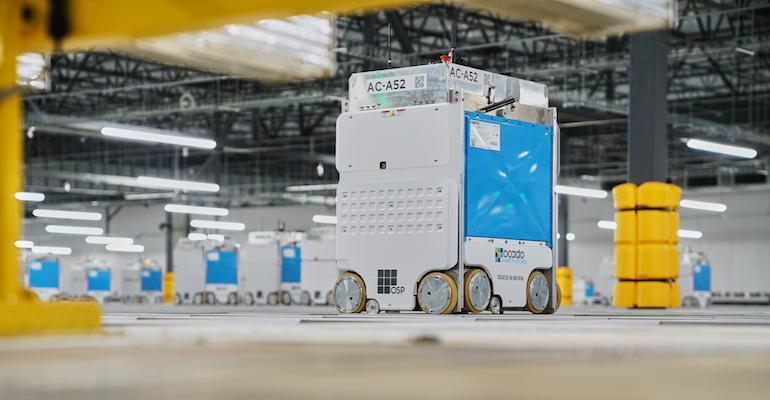 Located on Robards Lane in Louisville, Ky., the 50,000-square-foot spoke location will collaborate with the 375,000-square-foot CFC “hub” in Monroe, opened last April, and serve as a cross-dock for fresh food delivery, Kroger said Thursday. Plans call for the facility, which will employ up to 161 full-time associates, to go into operation later this year.

“We’re proud to expand the Kroger fulfillment network to Louisville,” Gabriel Arreaga, senior vice president and chief supply chain officer at Cincinnati-based Kroger, said in a statement. “The new service is an innovative addition to the expanding digital shopping experience available to Kroger customers. The network’s delivery spoke facility will provide unmatched customer service and improve access to fresh food in areas eager for the variety and value offered by Kroger direct to their homes.”

Last month, Kroger launched a 48,000-square-foot spoke facility in Indianapolis to work with the Monroe CFC, the first hub to open under the company’s nearly four-year-old e-commerce partnership with United Kingdom-based Ocado Group. Initially, the spoke is supporting Kroger Delivery service in 35 ZIP codes in central Indiana, mostly in the Indianapolis area but also in Richmond, Ind. Kroger also has spoke facilities in Tampa and Jacksonville, Fla., that support a 375,000-square-foot CFC in Groveland, Fla., which opened in June in a state where Kroger doesn’t have physical stores. 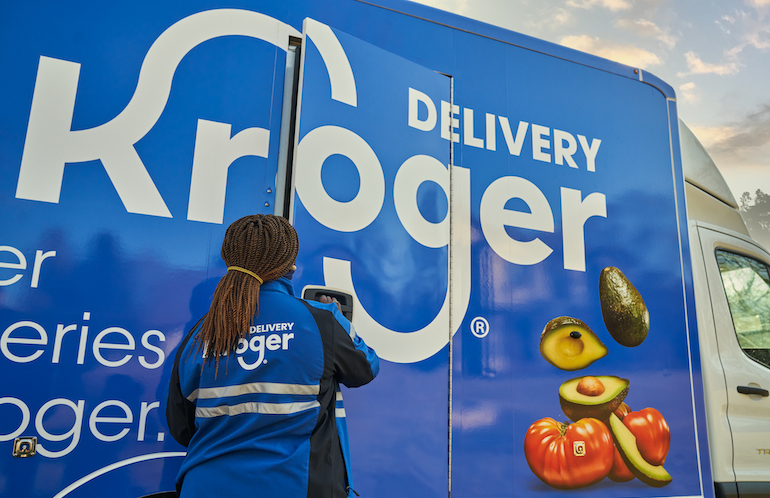 Smaller facilities and spoke sites will extend the Kroger delivery area served by each Ocado-powered customer fulfillment center beyond its 90-mile range, according to the retailer.

Kroger executives have said the company’s e-commerce fulfillment network will include not just the Ocado CFC hubs but also smaller facilities and spoke sites that will extend the area served by each CFC beyond its 90-mile range.

So far, the supermarket giant has announced 16 CFCs, with the Monroe and Groveland sites the only facilities now fully operational. Another 375,000-square-foot CFC in Forest Park, Ga., serving the Atlanta market, initiated a soft launch in December.

Also last month, Kroger unveiled plans to build a 200,000-square-foot CFC in North Carolina, due to go into operation within 24 months after ground-breaking on the site. The other Ocado CFCs reported by Kroger run from 135,000 to 375,000 square feet and include locations in Dallas; Frederick, Md.; Phoenix; Pleasant Prairie, Wis.; and Romulus, Mich., as well as unspecified sites in the Pacific Northwest, West and Northeast, the latter representing another location where Kroger lacks stores. The retailer also has announced plans for two CFCs in Southern California and two more in Florida.

Kroger and Ocado announced their partnership in May 2018, at which time they planned 20 CFCs in the United States over the ensuing three years. The Ocado CFCs and supporting facilities use vertical integration, machine learning and robotics to service online grocery orders and are expected to expand Kroger’s reach to a larger geographic footprint, including in areas where it doesn’t operate brick-and-mortar stores.