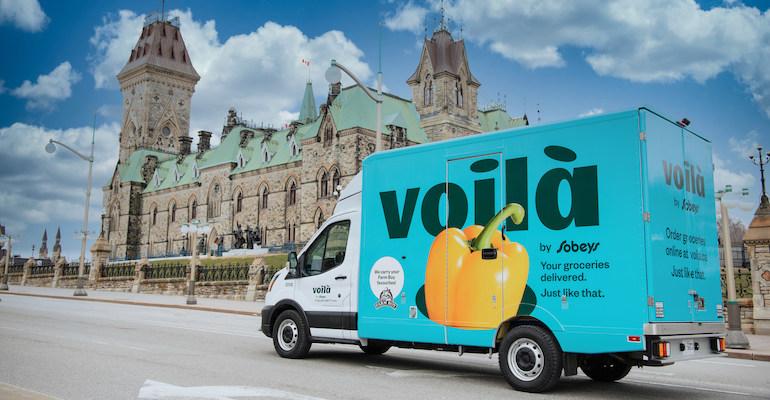 Sobeys
Sobeys said Ottawans can now order from thousands of grocery products, including items from the retailer’s Farm Boy store banner, and have them delivered within an hour.
News>Online Retail

Stellarton, Nova Scotia-based Sobeys said Monday that Ottawa residents can now order from thousands of grocery products, including items from the retailer’s Farm Boy store banner, and have them delivered to their homes within an hour. Customers access the Voilà by Sobeys service online at voila.ca or via the Voilà mobile app and choose their one-hour delivery time window.

The Ottawa launch comes about three weeks after Sobeys rolled out Voilà par IGA home delivery in Quebec, serving more than 100 communities from Gatineau to Montreal to Quebec City from an assortment of up to 39,000 products. Voilà delivery began in the metropolitan Toronto in June 2020 and is now available in Ontario, including the greater Toronto, Hamilton and Ottawa areas, and in Quebec, in the greater Montreal and Quebec City areas. 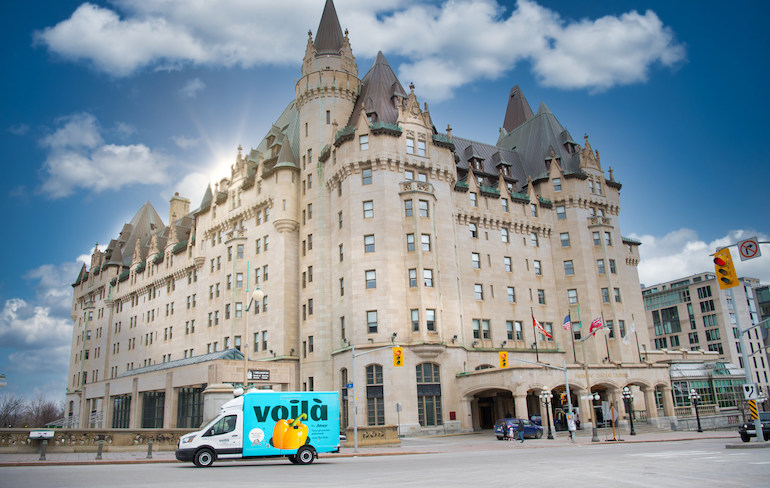 Overall, Voilà home delivery is now available in Ontario — including the greater Toronto, Hamilton and Ottawa areas — and in Quebec, in the greater Montreal and Quebec City areas.

“Canadians are craving a better online grocery home-delivery option. Voilà is winning customers in the greater Toronto area and Quebec, and we are now thrilled to be serving the Ottawa market," Sarah Joyce, senior vice president of e-commerce at Empire Company Ltd., Sobeys’ parent company. “We know that customers will also be excited to order many of the iconic Farm Boy products they love, alongside fresh and grocery items from Sobeys, ready-made meal solutions from [restaurateur] Oliver & Bonacini, and more — all in one place and delivered straight to their door.”

Sobeys noted that the Voilà by Sobeys service includes a “fresh or it’s free” guarantee. The Voilà website and app track inventory in real time to give customers reliable visibility into available items, and an automated warehouse uses robots to pick orders that associates deliver in temperature-controlled vehicles, ensuring fast, accurate delivery and fresh product, the retailer said.

Voilà home delivery service is powered by automated customer fulfillment centers (CFCs) that Sobeys is developing under a partnership with United Kingdom-based Ocado Group. The first CFC opened in Vaughan, Ontario, in June 2020 with the launch of Voilà in the Toronto area, followed by the opening of a second facility in Pointe-Claire, Montreal, this past March to support the Voilà service in Quebec and Ottawa. In Western Canada, plans call for a third Ocado CFC to go operational in Calgary, Alberta, in the first half of calendar 2023 and another CFC to open in Vancouver, British Columbia, in 2025.

“In a world where people are increasingly strapped for time, grocery home delivery provides an incredible convenience,” Joyce added. “Customers can rely on Voilà by Sobeys because of our freshness guarantee and our 99% product accuracy, not to mention our delivery teammates, who provide exceptional service that our customers instantly fall in love with. Ottawa customers deserve this first-class service.”