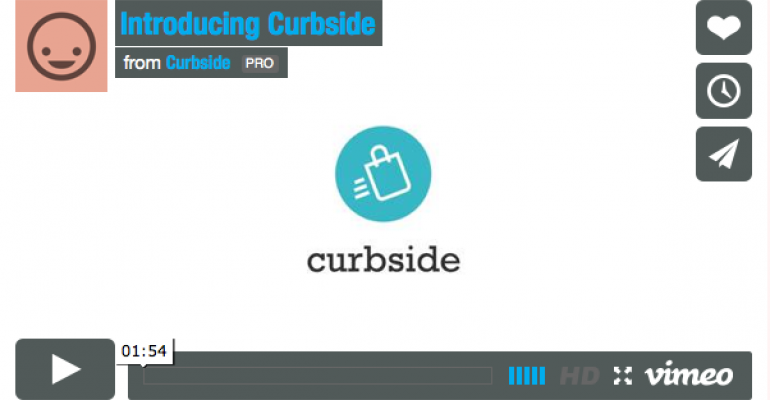 A new e-commerce application allowing for “click-and-collect” shopping has launched at a handful of Target stores in the San Francisco area.

The app, known as Curbside, enables shoppers to shop a local Target store on their phones and arrange for same-day pickup at a curbside or guest services area. The technology accesses real-time local inventory from a retailer and uses location-based technologies to alert stores when a customer is arriving for a pickup. There is no fee for the application, or to shop, Curbside said.

Curbside was founded by two former Apple engineers and has received $9.5 million in funding, published reports said. The service is currently available at 10 Target stores around San Francisco and a “handful” of other area retailers.

We added our 8th Curbside Pickup location @Target - now we're all over San Jose and up the peninsula to San Mateo! pic.twitter.com/1hc7jb39la

The below video illustrates the Curbside experience:

Early reviews appeared to be favorable.

Got $10 off my Target purchase thanks to #Curbside. Didn't even have to step out of the car to pick it up!