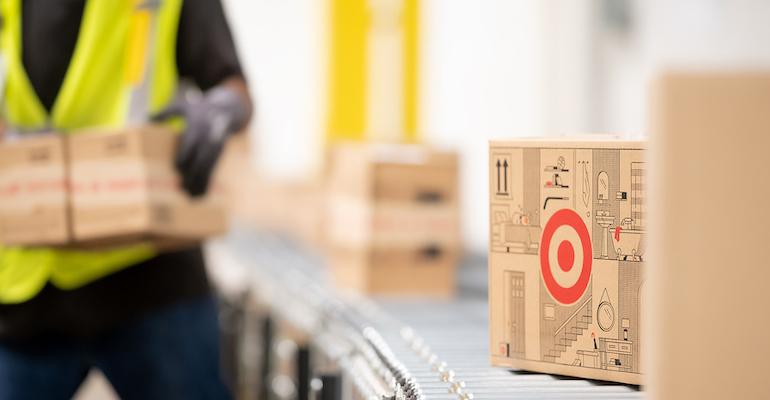 Target Corp. is pushing ahead with the buildout of its last-mile delivery capabilities with plans to open three more “sortation centers” in the Chicago and Denver areas.

Minneapolis-based Target said this week it aims to launch two sortation centers in Chicago and another in Denver over the next year. The retailer currently has six sortation facilities overall, with sites in the Minneapolis, Dallas, Houston, Austin, Atlanta and Philadelphia markets.

A micro-fulfillment concept, the sortation centers are designed to help lower costs and drive operational efficiencies while speeding delivery for customers, according to Target. Under the model, backroom store staff who process digital orders focus just on picking and packing. Orders then are brought to the sortation center for collating to various carriers for delivery, saving space at stores and freeing up associates to process more orders and expedite deliveries. 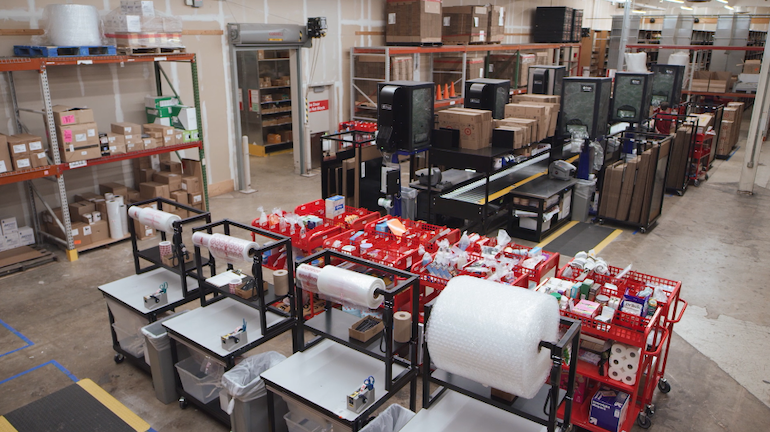 The sortation centers build on Target's 'stores as hubs' strategy, in which backroom store staff pick and pack digital orders.

Target noted that the sortation centers also enable its teams to more easily scale to fulfill a rising number of orders, as well as consolidate orders and batch deliveries for carriers. That includes its same-day delivery subsidiary Shipt, whose drivers collect batches of local orders from the sortation centers for faster last-mile delivery to customers.

“Sortation centers take orders packed in local stores and sort them quickly and efficiently for local deliveries. They are the next phase of our stores-as-hubs strategy, helping lower costs and creating efficiencies for our operations while increasing speed of delivery for our guests,” Target said in announcing the new sortation centers. “That’s important, given our digital sales have grown nearly $13 billion from 2019 to 2021, and our stores fulfilled more than 95% of our total sales in 2021.”

Target introduced the sortation concept in 2020 at a Minneapolis facility, using technology acquired from Grand Junction and Deliv. The company said the site has since ramped up from delivering several hundred packages daily to tens of thousands on the busiest days, handling almost two-thirds of its digital orders in the area, assisted by more than 2,000 Shipt drivers.

“Packages are picked up from our 43 Twin Cities stores twice daily and sorted at the center for pickup by Shipt drivers and our other carrier partners, who then deliver them to guests’ doors,” Target explained. “Now we’re going one step further, working with Shipt to pilot the use of large-capacity delivery vehicles in Minneapolis. The vehicles can hold up to eight times more packages per route, adding more flexibility to deliver even faster and make room for growing order sizes. And it’s just the start: We’ll continue to test and improve, with plans to scale in the years to come.” 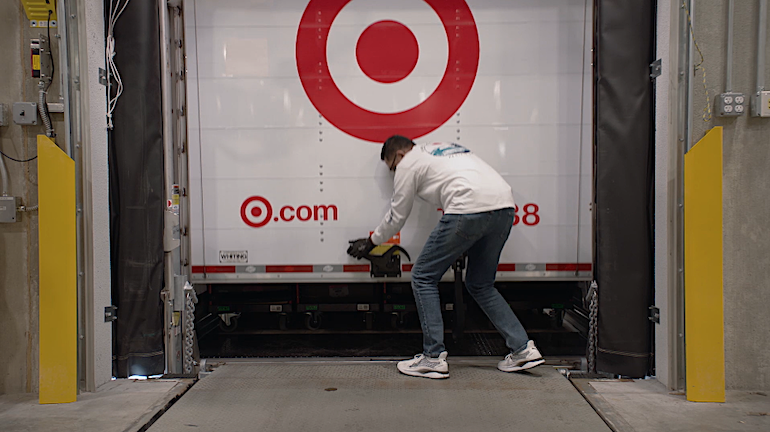 Packed digital orders are brought from stores to the sortation centers for collating to various carriers for delivery, including via Target's Shipt subsidiary.

In the fiscal 2022 first quarter, Target’s most recently completed quarter, digital sales rose 3.2% on a comparable basis, for 53.4% growth on a two-year stack. Over 95% of first-quarter sales were fulfilled by stores, with sales via same-day services — Order Pickup (in-store pickup), Drive Up (curbside pickup) and Shipt (on-demand delivery) — climbing 8% year over year, fueled mainly by Drive Up, which tallied mid-teens growth atop a more than 120% gain a year ago.

“We continue to add downstream capacity in our sortation centers, which increased speed and reduced the unit costs of last-mile delivery. Following our successful test of the concept in the Minneapolis market, we now have six sortation centers open and operating, with plans to open three more by the end of the year,” Target Chief Operating Officer John Mulligan told analysts in conference call on first-quarter results.

“While the newly opened centers are still ramping up their capacity, in total, our six sortation centers handled 4.5 million packages in Q1 — a number that’s expected to grow significantly throughout the year. Each of these facilities already has volume flowing to our national carrier partners, including the ability to sort USPS packages individually by post office, creating a high-speed, low-cost delivery option in the metro area surrounding each center,” he said.

At the Atlanta sortation center, Target also has started the rollout of “Target Last-Mile Delivery,” the retailer’s lowest-cost delivery option, and plans to bring that capability to the other sortation facilities, Mulligan noted.

“For this capability, we collaborate with our partners at Shipt, whose drivers sign up to deliver batches of orders that the have been sorted hyperlocally down to the neighborhood level. This provides a fast, efficient, reliable and low-cost delivery option for our business, benefiting both our guests and the P&L,” he said. “While we’re excited about the results these centers are already delivering, this initiative is in the very early stages, and we have plans to continue opening [sortation] centers and ramping up this new capability for years to come.”