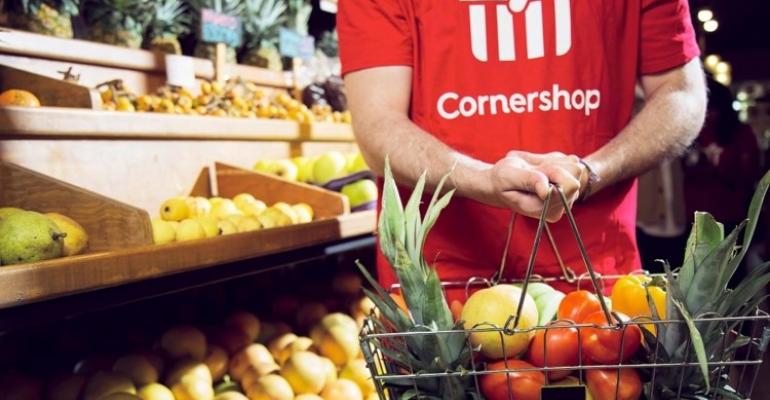 Uber getting in grocery delivery game with Cornershop deal

Uber Technologies Inc. on Friday announced an agreement to acquire majority ownership of Cornershop, a leading online grocery provider in Chile, Mexico, Peru and more recently in Toronto. The investment is expected to close in early 2020, subject to regulatory approval. Details of the agreement were not disclosed.

“Whether it’s getting a ride, ordering food from your favorite restaurant, or soon, getting groceries delivered, we want Uber to be the operating system for your everyday life,” said Dara Khosrowshahi, CEO, Uber. “We’re excited to partner with the team at Cornershop to scale their vision, and look forward to working with them to bring grocery delivery to millions of consumers on the Uber platform.”

Excited to announce our planned majority investment in Cornershop and to bring grocery delivery to the Uber platform! https://t.co/Km38LyGHMr pic.twitter.com/30qldUBzkz

“In 2015 we started Cornershop with primarily the Latin American market in mind and we couldn't be more excited to work with Uber to help us take that mission much further,” said Oskar Hjertonsson, founder and CEO, Cornershop. “Uber is the perfect partner as we embark on our quest to bring our unique flavor of on-demand groceries from incredible retail partners to many more countries around the world."

After closing of the investment, Cornershop will continue to operate under its current leadership, reporting to a board with majority Uber representation.

Founded by three friends in 2015 and currently headquartered in Santiago, Chile, Cornershop’s online grocery marketplace works as follows: Using the Cornershop app or website, customers order groceries for delivery. Cornershop personal shoppers then go to participating grocery stores to pick and pack their orders. Customers are called at the end of each shop, and they can approve any replacements or request another item to be added to the cart.

In September 2018, Bentonville, Ark.-based Walmart announced a $225 million deal to buy Cornershop as part of efforts to build up its international omnichannel capabilities. However, this past June, Mexico’s Federal Economic Competition Commission (COFECE) rejected the acquisition, citing competitive concerns.