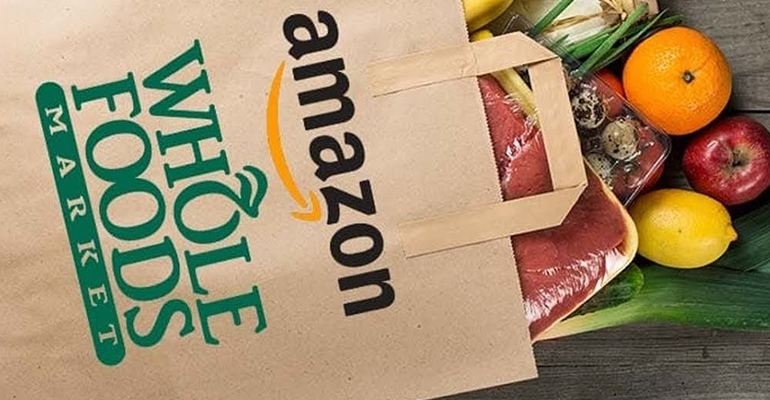 Amazon/Whole Foods Market
Workers claim that Amazon and Whole Foods are providing inadequate protections against COVID-19 as fellow employees have tested positive for the virus, while Amazon said it has bolstered support of associates during the pandemic.
News>Online Retail

Editor's Note: This story was updated on Tuesday, March 31, with a statement from Amazon on the termination of an employee who coordinated a walkout at its Staten Island warehouse.

Amazon has reaffirmed its support of employees during the coronavirus pandemic amid reports of a walkout by workers at its Staten Island, N.Y., warehouse and a planned nationwide “sick out” by employees at subsidiary Whole Foods Market.

In both situations, workers claim that Amazon and Whole Foods are providing inadequate protections against COVID-19 as fellow employees have tested positive for the virus.

Whole Foods associates across the country are slated to call in sick on Tuesday after colleagues at stores in New York City, Chicago, Louisiana and California tested positive for coronavirus, VICE News reported today. Workers said the specialty grocer “failed to prioritize their safety” as stores have remained open, according to VICE.

Employees are demanding paid leave for all associates who stay home or self-quarantine, free COVID-19 testing for all workers, and hazard pay of double the hourly wage for those coming to work during the pandemic, VICE said.

“COVID-19 is a very real threat to the safety of our workforce and customers. We cannot wait for politicians, institutions or our own management to step in to protect us,” Whole Worker, the Whole Foods national worker group organizing the work stoppage, said in a statement to VICE. 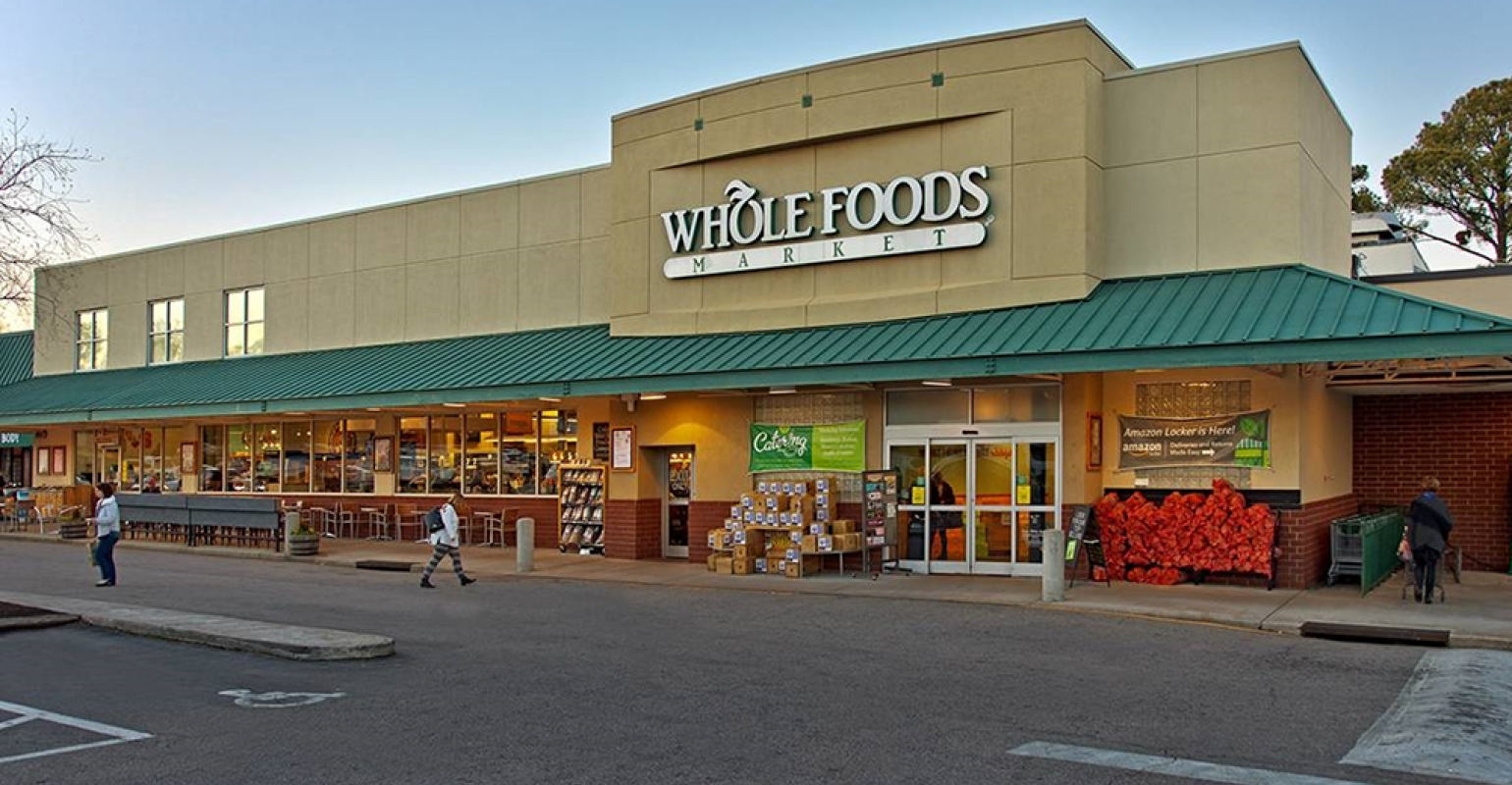 Employees at Whole Foods reportedly are demanding paid leave for all associates who stay home or self-quarantine, free COVID-19 testing for all workers and hazard pay of double the hourly wage.

Meanwhile, employees at Amazon’s fulfillment center in Staten Island, a New York City borough, went on strike Monday afternoon, published reports said. Workers said the company needs to shut the facility, known as JFK8, to provide a more thorough cleaning as multiple colleagues have tested positive for coronavirus, according to reports by ABC News, CNN and other news outlets.

Christian Smalls, a management assistant at the facility, told ABC News that seven workers there have tested positive for COVID-19, but Amazon has only confirmed one case. Smalls organized the walkout, in which he estimated that 50 to 100 employees would participate, ABC said.

“We’re trying to get the building closed down and sanitized. That’s all we’re asking for,” Smalls said in comments to ABC.

Amazon on Monday called the claims about its Staten Island warehouse “simply unfounded.” The Seattle-based e-tailer noted that Smalls was placed on a 14-day quarantine with full pay “out of an abundance of caution” after being notified that he may have had close contact with someone at the facility diagnosed with the virus.

Of the more 5,000 employees at the Staten Island facility, 15 people participated in the walkout on Monday, according to Amazon.

“Like all businesses grappling with the ongoing coronavirus pandemic, we are working hard to keep employees safe while serving communities and the most vulnerable,” Amazon said in an email statement. “We have taken extreme measures to keep people safe, tripling down on deep cleaning, procuring safety supplies that are available, and changing processes to ensure those in our buildings are keeping safe distances. The truth is, the vast majority of employees continue to show up and do the heroic work of delivering for customers every day.”

"Mr. Smalls received multiple warnings for violating social distancing guidelines and putting the safety of others at risk. He was also found to have had close contact with a diagnosed associate with a confirmed case of COVID-19 and was asked to remain home with pay for 14-days, which is a measure we’re taking at sites around the world," Amazon said in a statement. "Despite that instruction to stay home with pay, he came on site today, March 30, further putting the teams at risk. This is unacceptable, and we have terminated his employment as a result of these multiple safety issues."

On Twitter, Smalls denied the company's claim that he put other people at risk by not staying home. The Retail, Wholesale and Department Store Union (RWDSU) reported that Smalls was informed late Monday afternoon that he would be let go. "Workers should be protected when speaking out about safety conditions during this crisis. They are performing a public service," RWDSU President Stuart Appelbaum said in a statement. "It is unacceptable that Amazon has terminated Chris Smalls for doing that today rather than addressing their serious COVID-19 safety problems.”

Amazon didn’t immediately provide comment on the reported “sick out” at Whole Foods. However, last Wednesday, Amazon and Whole Foods announced a number of employee-focused measures in response to the coronavirus health emergency.

Plans call for Amazon and Whole Foods to pay all part- and full-time hourly workers in the United States and Canada another $2 per hour through April. In addition, all part-and full-time hourly staff at Whole Foods Market stores and facilities will get double their regular base rate of pay for each overtime hour worked from March 16 to May 3. Likewise, all hourly Amazon fulfillment and delivery network associates in the U.S. will receive double their regular hourly base pay for every overtime hour worked from March 15 to May 9.

In terms of sick leave, all Amazon and Whole Foods employees diagnosed with COVID-19 or placed into quarantine get up to two weeks of pay, Amazon said. If workers are unable or uncomfortable to work their scheduled shift, they have unlimited call-outs through the end of March, the company added.

Amazon said it recently instituted daily temperature screenings of staff at the Staten Island fulfillment center “as an additional preventative measure” to protect employee and customer health. The company added it also has informed workers at the site about confirmed coronavirus cases.

“We are consulting with local and federal health authorities and medical experts on how to handle building closures for deep cleaning, if an employee tests positive for COVID-19,” Amazon stated. “Our process evaluates where the employee was in the building, for how long, how much time has passed since they were on site, and who they interacted with, among other items, in determining how to appropriately handle the situation.”

Amazon has offered workers at its temporarily closed retail stores — including Amazon Go, Amazon Books, Amazon 4-Star and Amazon Pop Up — an opportunity to fulfill Prime Now and AmazonFresh orders for an extra $2 per hour on top of their base rate of pay.

On Monday, United Food and Commercial Workers International (UFCW) called on Amazon and Whole Foods to boost protections and emergency pay for workers “on the frontlines of the the coronavirus outbreak” following reports about the planned work stoppages. UFCW also demanded the same from Instacart, after groups representing the online grocery giant’s personal shoppers reported they plan to go on strike.

“Amazon, Instacart and Whole Foods workers are sending a powerful message that it’s time to stop putting corporate profits ahead of the health and safety of the men and women who are critical to our food supply and are on the frontlines of the coronavirus outbreak. It is shameful that Amazon CEO Jeff Bezos, Instacart CEO Apoorva Mehta and Whole Foods CEO John Mackey are ignoring not only the concerns of workers, but the potential threat to public safety,” UFCW International President Marc Perrone said in a statement.

“For the sake of public health and worker safety, every nonunion grocery worker must speak out,” Perrone added. “If Amazon, Instacart and Whole Foods are unwilling to do what is right to protect their workers and our communities, the UFCW is ready to listen and do all we can to help protect these brave workers from irresponsible employers who are ignoring the serious threat posed by the rapidly growing coronavirus outbreak.”

To deal with the soaring number of online orders from consumers worried about going to stores, Amazon recently unveiled plans to hire another 100,000 full- and part-time positions across its U.S. fulfillment and delivery network, including in AmazonFresh and Whole Foods. The company said Whole Foods stores also are actively looking to fill part- and full-time jobs.

Amazon, too, has temporarily closed physical stores — including Amazon Books, Amazon 4-Star and Amazon Pop Up outlets — until April 7. The cashier less Amazon Go stores in Chicago, New York City and San Francisco also have been shut until at least April 7. The company said associates will continue to be paid, and those workers have been offered an opportunity to fulfill Prime Now and AmazonFresh orders for an extra $2 per hour on top of their base rate of pay.