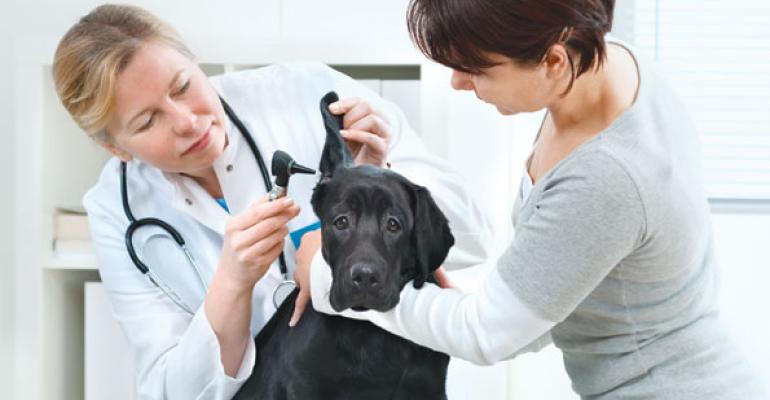 What the Vet Ordered: Pet Prescriptions

New legislation could make pet prescriptions even more profitable to retail pharmacies. &ldquo;It&rsquo;s really opening into this brick and mortar realm and there is great potential for retailers to grab a nice share of that market. There is a lot of money to be made.&rdquo; &mdash; David Lummis, Packaged Facts

In-store pharmacies have gone to the dogs with Wal-Mart, Target, Walgreens and Kroger dispensing prescription-only and over-the-counter medications for pets.

Veterinarians cornered the pet medication market until about a decade ago when pet scripts began to migrate to online sellers like 1800-PetMeds. Now purveyors of pet food and supplies are shifting the focus to animals’ medical needs.

“It’s really opening into this brick and mortar realm and there is great potential for retailers to grab a nice share of that market,” David Lummis, senior pet market analyst for Packaged Facts, told SN. “There is a lot of money to be made.”

Whereas Wal-Mart, Target and Walgreens dispense prescription medications for pets that are also effective in humans, Kroger has pioneered the space by bringing hundreds of pet-specific meds to its pharmacies.

Pet owners once subject to veterinarian markups of 100% or more, can now limit the cost of animal care by purchasing generic pet meds for $4 for a 30-day supply or $10 for a 90-day supply, with a veterinarian’s prescription at Wal-Mart and Kroger.

“The whole industry has been pushing this notion of pets as family and treating pets more respectfully, like children, and now we’re seeing this humanization in pet meds,” Lummis said.

Drug chain Walgreens even covers cats and dogs under the $35-a-year family membership in its discount pharmacy program.

“Pet prescriptions have been so popular that we’ve added pets to our Prescription Savings Club,” said spokesman Robert Elfinger.

Enrollees receive reduced prices on pet prescriptions and access to over 400 generic medications, costing $12 for a 90-day supply.

Kroger also makes it easy for pet owners to save.

“To find out if there is a generic medication that might be right for your pet, just ask your veterinarian,” Kroger states in promotional materials.

Although seemingly innocuous, questions like these are not always well-received by veterinarians struggling to maintain profits derived from name-brand drugs dispensed in-house, noted Bob Fountain, president of Fountain Agricounsel.

The prescription drug portion of the business accounts for between 14% and 18% of veterinary revenue, noted Ashley Morgan, executive director of the American Veterinary Medical Association, Washington.

Also taxing profits are fewer veterinary visits, with more than half of clinics reporting a decline in 2010, according to the Bayer Veterinary Care Usage Study.

Veterinarians reserve the right to deny access to the generic-equivalent of a name brand and may do so to limit access to $4 programs in lower-priced channels, Fountain explained.

What’s more is that in certain states veterinarians can legally deny a  patient’s request for a written prescription, requiring that they obtain the drug in-house or not at all. Some veterinarians even charge a fee to write prescriptions filled elsewhere.

Wal-Mart-backed legislation, called the Fairness to Pet Owners Act of 2011, aims to change all of that.

Under its terms veterinarians in all states would be required to:

• Write a prescription whether or not he or she plans to dispense the medication.

• Provide a written disclosure notifying clients that they may fill the prescription at the veterinary clinic or an off-site pharmacy.

• Verify a prescription electronically, or by other means consistent with applicable state law. 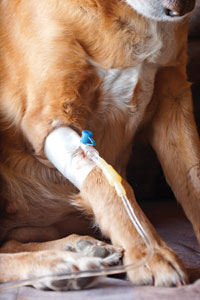 “The bill allows consumers a choice when it comes to prescription medications for their pets, just like they have for their own personal medications,” Wal-Mart spokesman Lorenzo Lopez told SN.

On the opposing end, the AVMA has serious concerns about the possible mandate and not because it might increase competition for drug-dispensing veterinary clinics, said Morgan.

“The AVMA is not opposed to clients being able to fill their prescriptions wherever they choose,” she said. “But the majority of pharmacists don’t have training in veterinary pharmacology and this can have negative repercussion for pets.”

Mike James, owner of Person Street Pharmacy, Raleigh, N.C., and vice president of the Association of Community Pharmacists Congressional Network, asserted that pharmacists are capable of filling prescriptions for humans and animals.

“Whether it’s an M.D. for a human or a veterinarian for an animal, they’re writing a prescription that gives the pharmacist direction as to what they need done,” he said. “No matter how the prescription comes into the pharmacy the pharmacist’s expertise still fits into the mold of what needs to be done.”

“Veterinarians may need a different strength or maybe just something that isn’t commercially available,” he said. “Leading the charge are pharmacies and independents who didn’t do this type of thing five years ago.”

The lack of competition concerns pharmacists since PBMs set the reimbursement rates pharmacies receive for dispensing drugs to patients covered by health plans administered by the PBMs.

“Ninety-five percent of prescriptions we fill are paid for by a third-party like a PBM,” James explained.

Pharmacists fear that large PBMs will use their heft to further shrink reimbursement rates and force more patients to use the PBMs’ own mail-order pharmacies, to the detriment of their businesses.

'It's a Cash Business'

At a time of diminishing profits, in-store pharmacies are enhancing their revenue by targeting pets, an especially attractive “family member” since nearly all  — more than 99% — are uninsured, so the terms set by PBMs don’t apply.

“This is an avenue for pharmacists to explore since it’s a cash business,” said James.

“It brings us back to the revenue stream that existed when people bought their prescription with cash money and if they had insurance they got reimbursed by the insurance company.”

In-store pharmacies can get into pet medications with little investment since many of the drugs that they already carry are also effective in animals, James said.

“There is just a whole variety of common medications that you’ll see every day,” he said.

In-store pharmacies are also elevating their position as pet specialists by merchandising OTC preventive treatments that were once available only in the veterinarian’s office.

Some manufacturers have decided to sell their products only through veterinarians, according to the AVMA, so that the vet and pet owner can work together to determine the best treatment for that pet.

Merial, maker of Frontline flea and tick treatment, has a vet-only distribution policy for its popular OTC medications, but that’s not stopped the product from making its way to retail shelves.

“Frontline is still supposedly vet-only but it’s all over the place,” said Lummis. “It even shows up on surveys as the top brand in the pet specialty channel.”

The topical treatment is supplied to online channels and retail stores by veterinarians in practice and those who have retired.

“There are diverters out there who purchase these products as veterinarians and then resell them through OTC channels,” Fountain said.

Morgan acknowledged that veterinarians do sometimes sell overstock, saying that the practice is legal.

Thanks to a series of recently expired patents, more affordable generic versions of these products are also hitting the market. Take, for instance, fipronil. The active ingredient in Frontline is now used in generic PetArmour, available at Wal-Mart.

In March, Wal-Mart also began merchandising PetTrust Plus, a generic heartworm medication that is the first generic, pet-specific prescription drug sold at retail, according to Lopez.

PetTrust Plus contains the same active ingredients in the same concentrations as the No. 1 veterinarian-recommended heartworm medication — Heartguard Plus — but costs 50% less.

“It’s one less reason to go to the vet if you’re able to obtain these medications at retail,” Lummis said.