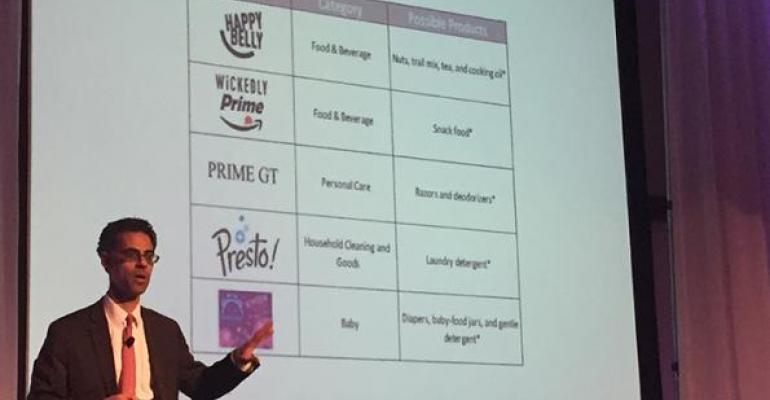 “They’re basically doing it from a minor league perspective,” Dibadj said. “These are the minor league brands, and once they pass the test, the quality test, they’ll become an Amazon Elements brand. That’s what we suppose.”

Amazon Elements is a premium line that touts transparent origins. It’s sold exclusively to members of Amazon Prime, who pay $99 annually for two-day shipping and other perks. Baby wipes are the only product currently sold under Elements. Diapers were pulled from the line in January 2015 to undergo “design improvements,” according to Amazon, which is likely trying to avoid a similar situation in the CPG space.

“All the reviews were that it was a bad product and the quality wasn’t there,” said Dibadj of the diapers. “They’re rolling out another set of diapers over time but this time they’re taking their time and picking vendors and picking the specs and they’re much more involved in this one.”

Amazon sells Happy Belly nuts and coffee exclusively to Amazon Prime members. Wickedly Prime is expected to include snack food, personal care products such as razors and deodorizers could be sold under Prime GT, and Presto! will likely encompass household products.