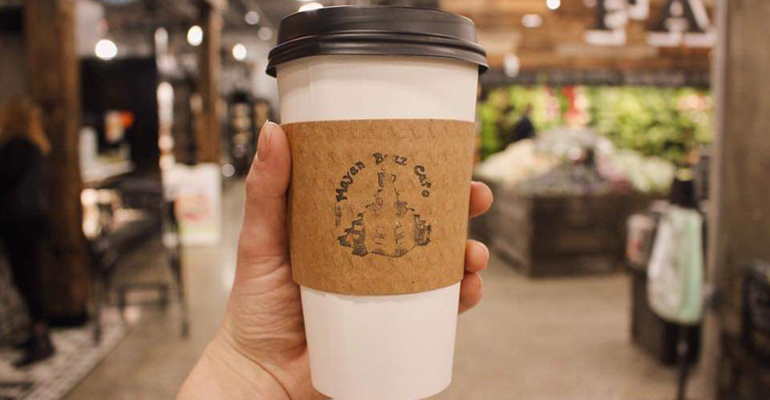 Rather than add a Starbucks coffee outlet or a Subway sandwich shop, which are available in many Meijer supercenter locations, the company decided to partner with Mayan Buzz Café, a local, single-store operator known for its high-end coffees and Central American theme.

“The store manager spent a considerable amount of time in the community, visiting local businesses, talking with entrepreneurs and trying their products before making any decisions on which products would be offered at Bridge Street Market,” said Christina Fecher, a spokeswoman for Meijer. “This also includes the installation of Mayan Buzz Café.” 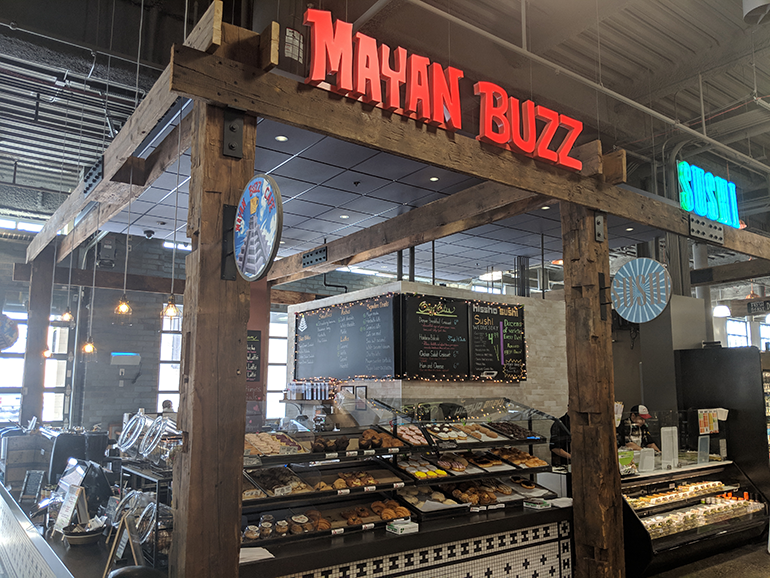 Mayan Buzz leases the space from Meijer and operates the café, which is adjacent to a seating area for about 50 people, Fecher said, noting that the café and seating area attract a lot of customers for business meetings.

The café draws customers throughout the day, but has been generating most of its business during the breakfast and lunch dayparts, said Mary Rose, CEO of Mayan Buzz Café. In fact, although the café was originally open the same hours as the store, it has recently begun closing early due to a lack of sales in the evening.

The earlier closings are among a handful of adjustments Mayan Buzz has made to the in-store version of its café concept, Rose said. The company also pays a slightly higher wage at the Bridge Market location because the POS system doesn’t allow tipping, she explained, and the food menu is also more streamlined due to the minimal storage space.

“We are actually talking with the market about how we can expand our food line and potentially rearrange a few things to allow room for that,” said Rose. “We’re trying to get more of a lunch crowd coming in.”

The Bridge Market Mayan Buzz currently offers some of the signature food items that it has in its original location, including a Denver breakfast croissant sandwich and a house-made chicken salad sandwich, both of which have been very popular, Rose said.

“We have some regulars that come in almost every day and get their chicken salad lunch sandwiches to go,” she said.

Mayan Buzz is also exploring opportunities to offer some lower-priced options, Rose said, as many customers seem to be put off by the café’s higher-end positioning and pricing.