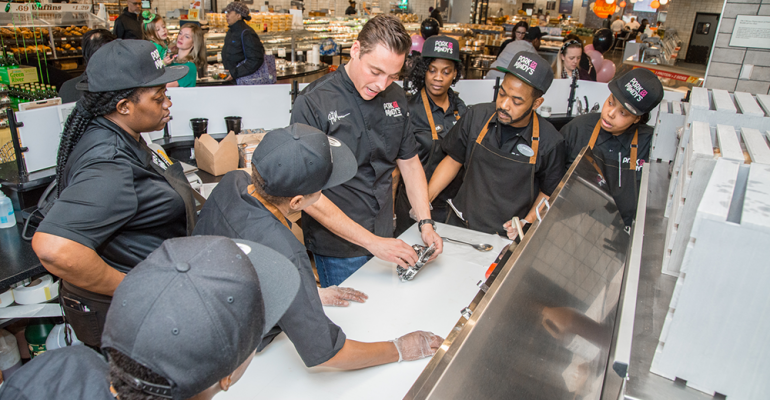 Mariano’s has begun opening the first in-store outlets of the Pork & Mindy’s restaurant brand, which it plans to roll out to several additional stores this year.

The concept, described as a “creative barbecue joint” developed by Food Network star Jeff Mauro, made its debut in Mariano’s stores in the Bronzeville neighborhood of Chicago and in the suburb of Park Ridge in March. A total of 28 in-store locations are planned with Mariano’s, according to Amanda Puck, director of strategic brand development for the supermarket retailer.

Mariano’s will be a growth vehicle for Chicago-based Pork & Mindy’s, which has said it plans to expand to 30 locations by 2020. 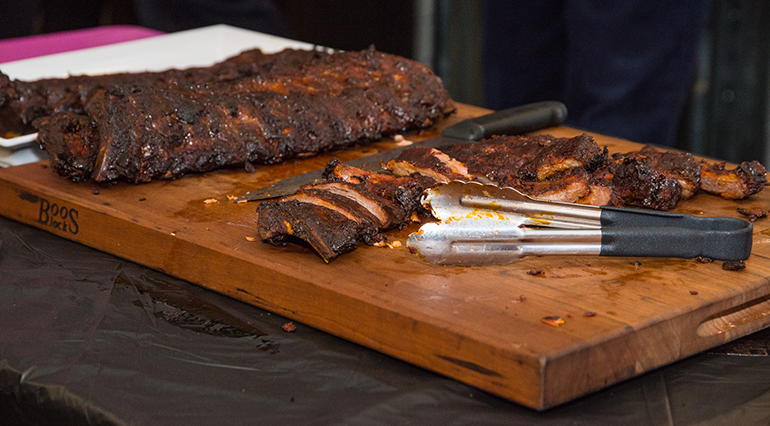 The fast-casual barbecue restaurant currently has six venues: four in Chicagoland (including a Wrigley Field location), one in Minneapolis and one in Denver. Two more are slated to open soon in Chicago’s Irving Park section and in Elmwood Park, Ill.

Observers said the concept should be a good fit for the Kroger-owned Mariano’s banner, which has long emphasized in-house foodservice offerings.

“It should be a great addition to Mariano's, which had its own barbecue concept in place in many stores,” said Neil Stern, senior partner with Chicago-based consulting firm McMillian Doolittle.

Bringing in a branded restaurant concept may be a reflection of Kroger’s ownership, said Donald Fitzgerald, a former Mariano’s executive who is now a food sector consultant and adjunct professor of marketing at DePaul University.

“I would say this move parallels closely with what Kroger has done in other markets, specifically Cincinnati, where they had partnered with Eli's Barbecue,” he said. “Their preference may be to outsource versus in-source for this area of the operation.”

Like Pork & Mindy’s, Eli’s Barbecue was a small startup specializing in sandwiches when it began opening in Kroger stores in the Cincinnati area a few years ago. It now has two independent locations and three locations inside Kroger stores.

Puck said the Pork & Mindy’s counters will open in Mariano’s stores over the next few months. The grocer was also the first retailer to carry Pork & Mindy’s bottled sauces in 2015. Pork & Mindy’s launched its first restaurant in Chicago’s Bucktown neighborhood in 2016.