The Kroger Co. plans to sell longer-lasting avocados from Apeel Sciences at more than 1,100 supermarkets across the country.

In addition, the supermarket giant said yesterday it plans to debut two new produce categories for Apeel — asparagus and limes — in a pilot this fall at stores in the Cincinnati market.

With the rollout, Cincinnati-based Kroger said it will be the first retailer to offer Apeel produce coast to coast. Apeel's plant-derived technology gives produce a little extra peel to slow water loss and oxidation, the primary causes of spoilage. The Santa Barbara, Calif-based company said this doubles to triples the shelf life of many kinds of produce.

The national distribution builds on a pilot of Apeel avocados that Kroger launched a year ago at 109 stores in the Midwest.

Related: ‘Ugly’ produce brand on the way from Kroger 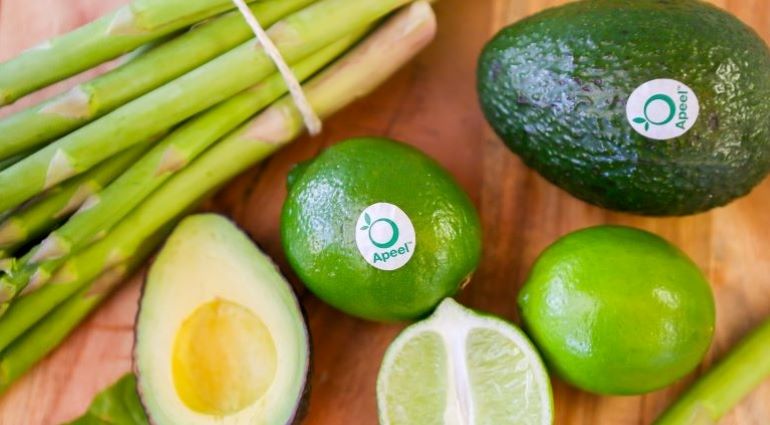 "Kroger is excited to offer more customers Apeel avocados and introduce longer-lasting limes and asparagus, marking another milestone on our journey to achieving our Zero Hunger|Zero Waste vision," Frank Romero, vice president of produce at Kroger, said in a statement. "Apeel's innovative food-based solution has proven to extend the life of perishable produce, reducing food waste in transport, in our retail stores and in our customers' homes."

Kroger and Apeel Sciences noted that because Apeel avocados, asparagus and limes maintain their quality longer than other produce, the products are less reliant on refrigeration, reduce food waste and extend customer access to fresh fruit and vegetables.

The companies said the Apeel-Kroger partnership will prevent millions of pieces of produce from going to waste and ending up in landfills each year, which will preserve dozens of acres of farmland, cut thousands of metric tons in greenhouse gases via reduced emissions, yield water-use savings of over a billion gallons and result in more than 100,000 gigajoules in non-renewable energy reductions.

"Kroger is leading the way to alleviate the food waste crisis at every level, from its supply chain to its retail stores to the homes of over 11 million customers who shop at Kroger every day," commented James Rogers, CEO of Apeel Sciences. "We're excited to expand our partnership with Kroger to further prevent food waste while simultaneously giving families more access and time to enjoy healthy fresh produce."

Currently, 40% of the food produced is thrown away, and food waste contributes about 8% of annual greenhouse gas emissions and is deemed as a leading cause of climate change, Apeel and Kroger reported. They noted that redirecting just a third of this wasted food would help feed the one in eight Americans now struggling with hunger.