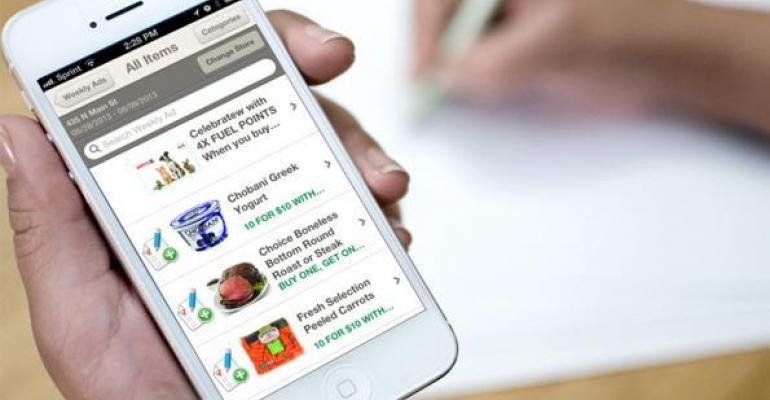 Kroger's McMullen: Future of supermarkets is 'all of the above'

The need to cater to increasingly diverse customer shopping preferences means there won’t be a “typical” supermarket in the next 10 years, the Kroger Co. chairman and CEO Rodney McMullen said during the New York Times Food for Tomorrow Conference.

McMullen spoke during a panel on “The Golden Age of Supermarkets?” on Tuesday.

“And if you look at what we’re trying to do is to make sure that it’s a completely seamless experience for the customer, regardless of where they go.”

For Kroger, that experience will happen through its app, which will be increasingly personalized, said McMullen.

“So things will be personalized to you. So if you’re more focused on value then the content that you will see will be more value-based. But you can decide, do you want to stop by and pick it up on the way home or do you want to shop for it.”

One panelist asked what happens to supermarkets if customers shop for all of their center store needs online.

“I worry about everything,” said McMullen. “So do I worry about it? Yes. But what we try to do is make sure that we continue to change what we have inside our store.”

For example, Kroger added 7,000 natural and organic products last year, many from small suppliers. McMullen said those items are hard to find online.

“But what we try to do is, if that happens we’re there to supply it that route vs. in a store and we’ll use that space for something else. Or you’ll make a store smaller.”

Another question asked whether supermarkets change the way food is grown and produced.

“I would say we would look at ourself as facilitating change,” said McMullen. “Because we’re an agent for our customer, and if that’s what our customers want then it’s our responsibility to facilitate that change.”

One of the changes McMullen sees is that vegetables are moving to the center of the plate.

“So I don’t think it’s going to surprise anyone in this audience that vegetables are increasingly important. I think what will surprise all of us is the scale of that importance.”

McMullen has seen a big shift in produce since he began working at Kroger as a stock clerk in the 1970s.

One thing McMullen said he wished Kroger could do is become energy neutral.

The Food for Tomorrow conference took place at the Stone Barns Center for Food & Agriculture in Pocantico Hills, N.Y. See below for a full video of the panel:

Kroger shoppers are taking it personally with their smartphones
Aug 30, 2016