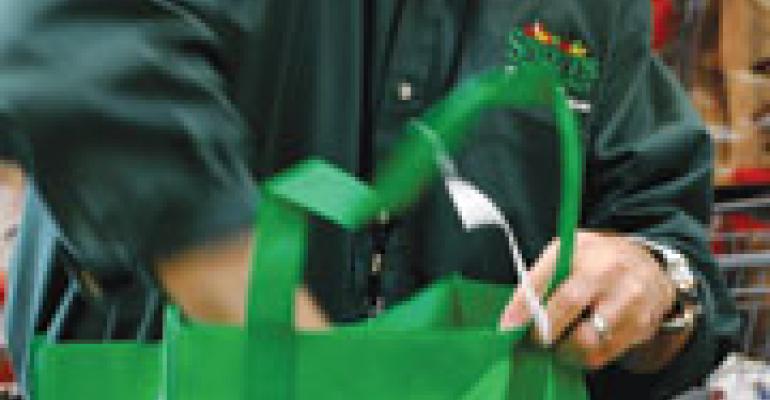 Since it launched its first store eight years ago, Sprouts Farmers Market has continued to branch out, undaunted by the recent economic downturn.

Celebrating a milestone this past June with the opening of its 50th store, the company has added four more since then.

Twelve stores opened this year, and seven are planned for 2011. It's a lot, but it's well planned, Doug Sanders, president and chief operating officer, told SN.

“In the second quarter, we had our best comp sales since 2008, and that trend is continuing. Comp sales, as well as total, are well ahead of 2009.”

Sanders attributes such success to a combination of offering fresh, top-quality natural foods at a value price, and paying close and constant attention to customers. “Whenever we make a decision, our first consideration is what impact it will have on our customers,” Sanders said.

“A lot of [Sprouts' success] goes back to our business model. We aim to give our customers the freshest natural food at the best possible retail price.”

“That resonates with customers even in recessionary times.”

People are surprised when they see Sprouts' prices.

“We'll go into an area and offer people something they maybe never had access to before — natural food at a value price,” Sanders said.

Industry sources told SN that Sprouts has developed an admirable business model that will serve it well into the future.

“When I compare ad circulars for supermarkets around here, I see that Sprouts always has the most aggressive pricing,” said former retailer Dick Spezzano, president-founder of Spezzano Consulting Service, Monrovia, Calif.

Certainly, size and clustering of stores in well-researched areas help ensure success, but so does product mix.

A full 50% of sales floor in Sprouts' stores is occupied by perishables, making for quick product turn, as well as making the store stand out from the competition.

“My guess is their turns are four times those of a typical 50,000-square-foot conventional store [that would have a large Center Store selection],” Spezzano told SN.

The limited selection of packaged goods would make that possible, he explained, and also would enable the company to take a lower margin on produce and other perishables.

Sanders talked to SN about the importance of produce and bulk products at Sprouts.

“We don't have Coke or Pepsi or Tide, so there are very few Center Store-type products,” Sanders said.

“Our center store is the bulk department. Right in the very middle of the store, we have over 300 bulk items. They and produce together take up 30% of floor space in the store, and account for 30% to 40% of store sales.”

Customers see bulk items as a particular value, Sanders said, because they can buy as much or as little as they want, and they know they're not paying for packaging.

“Bulk has taken off in the last year and a half. We've brought in some new trail mixes and grains. Each quarter, we'll have The Incredible Bulk Sale, when we take 25% off the whole selection.”

Right behind low-profile displays of bulk products in side-by-side bins comes produce, an expanse of it across the back of the store.

Produce alone can make up 25% to 35% of store sales, depending on the store and its location.

“We started out being produce-centric and we still are. That's our calling card,” Sanders said. “Our variety, 300 to 350 items, is about the same as it was when we started, but we've put a lot of resources and effort into the produce operation, maintaining freshness and quality, building relationships with distributors and growers.”

He added that the company has added well-located buying offices as it has expanded.

“We have multiple distribution centers to accommodate our sales in four different states now [Arizona, Texas, Colorado and California]. Our trucks are rolling pretty much around the clock, with 250 to 300 fresh produce deliveries a week.”

Since its debut with one store in Chandler, Ariz., in 2002, Sprouts' produce sales have gone from “tens of thousands a week to several million a week.”

In fact, produce sales volume has warranted Sprouts' introducing its own private-label salad mixes and salad kits. That launch, the company's first PL venture in produce, was rolled out just a little over two months ago, region by region, and is doing even better than expected, Sanders said.

While produce is a huge piece of the business, the company also has added other perishables that have become customer destinations. Take prepared foods, for instance.

A fully developed prepared-food program was branded “Sprouts Country Kitchen” earlier this year. Like many conventional supermarkets, Sprouts recently began offering several different “meal deals” such as a chef-prepared meal for four for $10.

Its sandwich program is a customer favorite, too, Sanders said. The prices are attractive at $2.99 and $3.99 for a made-to-order sandwich.

The frozen-food department in its newest stores has been expanded as well. The additions have broadened the company's customer base by appealing to cross-over consumers.

“We're not a health food store. We appeal to the conventional shopper who might want to transition into a healthier diet,” Sanders said.

The company's mission, with some additional emphasis on its basic philosophy, served it well during the economic downturn.

“Everybody was struggling in 2009, trying to reconnect with consumers who were reeling from tough times,” Sanders said.

For some conventional supermarkets, the reconnecting, however, was more difficult than it was for Sprouts Farmers Market.

“Because of the way we've positioned ourselves, with emphasis on perishables, and because we've always focused on value, it was a little easier for us, probably,” Sanders said.

“But we really had to give attention to driving value throughout the store, and we made sure we communicated that to everybody in the company. I personally went out and visited almost every store and talked to employees about how we are focusing on basics, emphasizing our original mission.”

Sanders said, too, that the company worked tightly with suppliers to get deeper discounts, and to come up with some aggressive promotions.

Every marketing piece in-store and out, and on its revitalized website, reminded consumers, “Even in tough times, you can still eat healthy at Sprouts.”

“We've always had a good-quality control program that makes sure our standards for quality, and sizing and freshness, are followed throughout the supply chain. We just put an even closer watch on everything to make sure we were offering the products we promise our customers.”

Great products cannot stand alone though, Sanders said. There has to be great customer service to keep customers coming back.

“We encourage our associates to interact with customers at every point they possibly can. They walk customers right to the product if they're looking for something they can't find.”

At checkout, customers are asked if they've found everything they need.

Sprouts has purposefully not installed self-checkout stations because it want associates to have that last chance to interact with customers before they leave the store.

“The people part is very important,” Sanders said. “I go to every store opening and I greet customers at the door for the first two or three days the store is open.”

With such fast expansion, it seems that in-store execution could be a problem, but emphasis on communicating has minimized glitches.

Experienced cashiers and department managers from existing Sprouts stores are sent to new stores to help get employees immersed in the company's philosophy as well as to train them in practical procedures — and to see that customers are well taken care of, Sanders told SN.

One industry source said, “Whenever I've had occasion to be in a Sprouts, the execution seemed good.”

When all is said and done, there's another factor that has spelled success for Sprouts: Its time has come.

Natural and organic are becoming mainstream, an aging population is paying more attention to eating healthy, concerns about obesity are in the news. Even more important, young people are taking healthy eating seriously.

In an extensive study earlier this year, Mintel, a Chicago-based consumer research firm, found that among all age groups, “interest in natural foods was quite high,” and researchers concluded that interest will continue.

More than half of the 55-to-64 age group who participated in the study said they are at least somewhat interested in natural products, and three-quarters of the 18-to-34 group said they are.

“Demand for natural products is high among younger adults and will remain relatively strong in years to come,” Mintel researchers concluded.

Industry observers agreed that Sprouts is in the right place at the right time.

“Sprouts has done a superb job of finding an expandable niche in the food area — fresh, affordable organic and natural foods — with an emphasis on perishables,” said Neil Stern, senior partner, at McMillan Doolittle, a Chicago consulting firm.

“The focus on keeping it simple has worked very well for them, as evidenced by their fairly rapid expansion.”