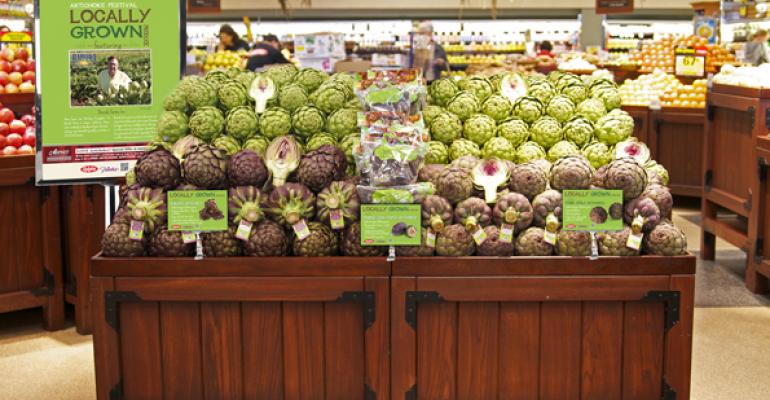 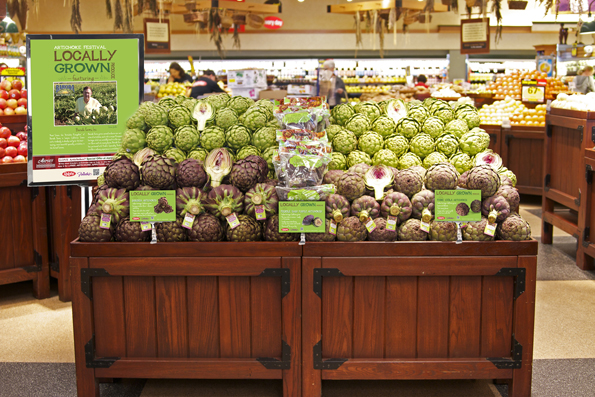 During the promotional period, participating Ralphs locations in the Los Angeles area built large displays that showed off all three new varieties — Sangria, Fiore Viola, and Fiesole — together.

Signage, created by Frieda’s, pointed out that the varieties were developed and grown locally, a Frieda’s spokeswoman told SN. The two larger varieties — Sangria and Fiore Viola — retailed for two for $5, and a one-pound bag of Fiesole artichokes retailed for $3.99.

“The artichokes’ quality and color were great! They were some of the best artichokes I have ever tasted,” said Dan De La Rosa, who works in produce and floral merchandising at 252-unit Ralphs, in a statement released by Frieda’s. “Local and fresh from the field, the vibrant colors of the …artichokes helped create the ‘wow factor’ needed to gain consumer interest…,” De La Rosa added.