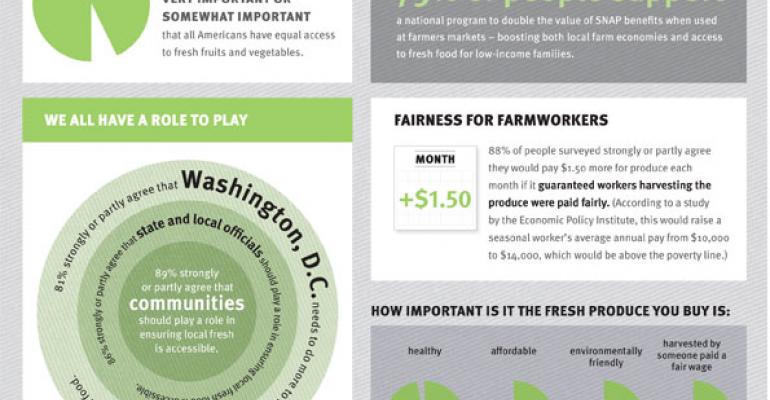 ASHEVILLE, N.C. — While shoppers may occasionally purchase produce from farmers' markets, big-box stores, and community supported agriculture programs, consumers turn to supermarkets for the majority of their produce purchases, according to a recent poll conducted by the Lauer Johnson Research for the W.K. Kellogg Foundation.

Seventy-one percent of the 800 survey respondents reported using grocery stores most often as their source for fruits and vegetables. Only a small percent relied on alternative retailers or home growing for the bulk of their produce —14% for farmer’s markets and 7% for bix box super stores. 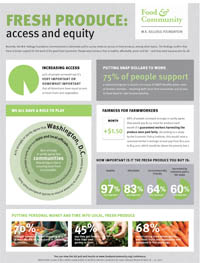 The poll also revealed room for retailers to educate consumers about the origin of fruits and vegetables. Only 23% of respondents said they know a lot about where the produce they buy comes from.

Surveyed consumers found health and affordability the most important qualities in produce, followed by environmentally and locally grown, and then harvested by someone paid a fair wage. Likely due to health concerns, sixty-eight percent of respondents said they eat more whole grains and fresh produce than five years ago.

The survey also found that many respondents — 68% — found it “very important” to make sure all Americans have equal access to fresh fruits and vegetables, with 75% supporting a national program aimed at giving low-income families better access to produce by allowing Supplemental Nutrition Assistance Program participants to redeem their benefits at double value at farmers markets.

The full poll results and infographic are available on the W.K. Kellogg Foundation's website.