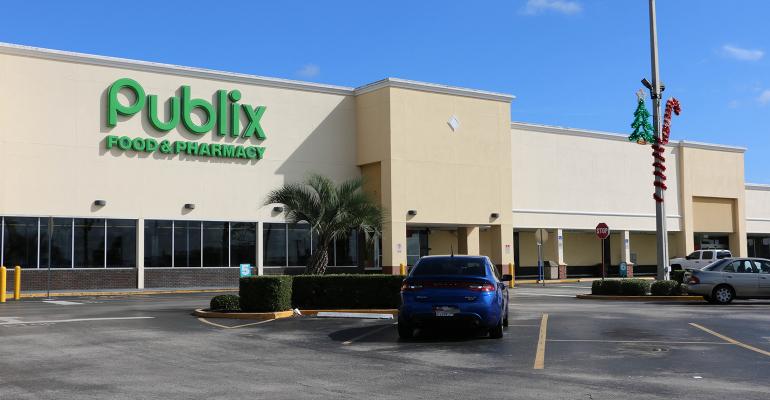 Publix Super Markets said Tuesday that sales in its fiscal third quarter increased by 2.4% to $8 billion and that comparable-store sales improved by 0.9%.

The comparable-store sales gain was Publix's narrowest since posting 0.9% comps in fiscal 2010's first quarter, nearly seven years ago. In that period, as in current times, grocery prices were deflating, though the Lakeland, Fla.-based chain made no mention of deflationary effects in a brief statement on results issued Wednesday.

Effective Wednesday, Publix’s stock price decreased from $41.90 per share to $40.15 per share. Publix stock is not publicly traded and is made available for sale only to current Publix associates and directors.

“Unfortunately, our results were not enough to offset the challenges in the stock market,” Publix president and CEO Todd Jones said in a statement. “I continue to be proud of our associates for delivering a premier customer shopping experience.”