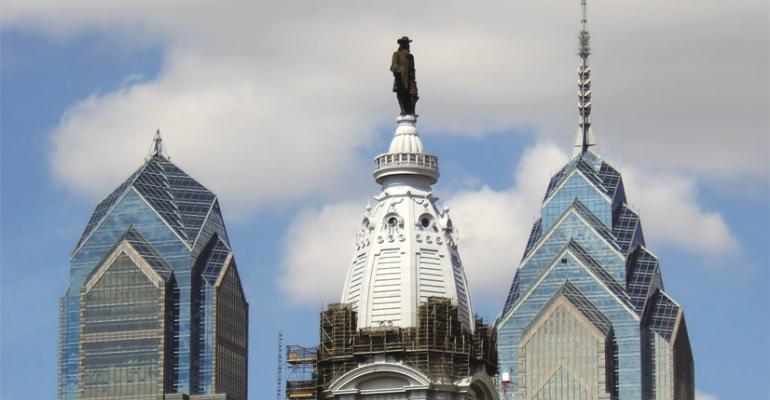 The story of changes in Philadelphia’s grocery landscape is largely being written by its losers.

The exit of longtime market stalwart Genuardi’s from the city most recently has altered the picture, resulting in relative Philly newcomer Giant-Carlisle taking over as the leading grocer in the 11-county area, according to Metro Market Studies. 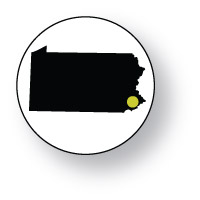 Many observers believe the shake-out is far from over, citing ongoing struggles of Acme Markets — the former Philadelphia market leader recently spun off from Supervalu to a real estate minded investor group led by Cerberus — as well as A&P, which operates SuperFresh and Pathmark banners in the area. Both A&P/Pathmark and Acme have wrestled with higher cost structures than many of their newer, leaner competitors.

These changes are an inevitable result of an especially fragmented market — no single operator in Philadelphia controls as much as 16% share, according to Metro Market Studies — and an underlying flight to value. Gainers in the market, including Ahold USA's Giant and ShopRite to Wal-Mart and Delhaize America's Bottom Dollar — all lead with a strong price message. 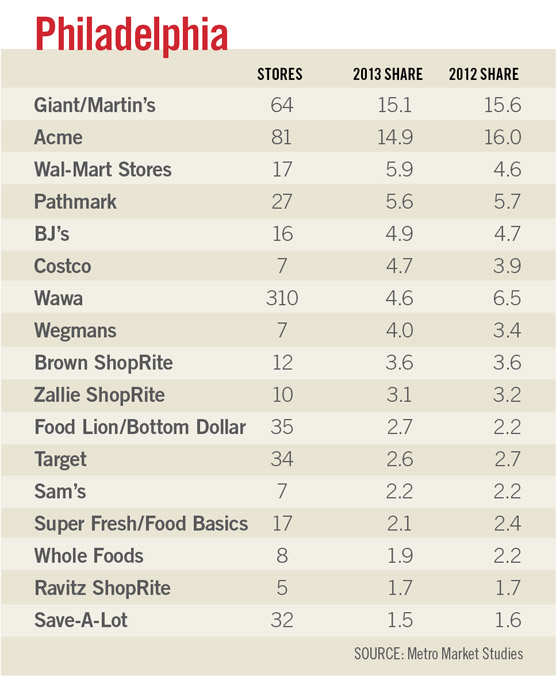 “From all my market feasibility studies, I’ve not found another metro area in the entire U.S. that has as many chain and even strong independent operators as found in the Metro Philadelphia area,” Bob Gorland, a site specialist with Matthew P. Casey & Associates, told SN. “Also, every major club store, drug chain, including numerous price operators of all shapes and sizes.”

The opportunity for growth in a market without a dominant player has encouraged many of the new arrivals and contributed to an “overstored” market that’s made profits hard to come by and weakened mature players, Gorland added.

“It appears the biggest opportunity in the Philadelphia area — as in many other areas today — are stronger competitors taking over weaker competitors,” Gorland said. “You’re also seeing more people acquire vacant buildings, including former supermarkets and department stores, for new stores as opposed to building from the ground up.”

Burt P. Flickinger III, managing partner at Strategic Resource Group, New York, said rumblings of a shake-out in Philadelphia were set into motion more than a decade ago, when Fleming’s bankruptcy crippled a core of strong independents.

“The key reversal has been the ascendancy of ShopRite, which in the city of Philadelphia was a small group of stores but is now a real retail powerhouse,” Flickinger said. “While most supermarket chains and independent retailers have been contracting, it became Wakefern/ShopRite’s biggest market of opportunity.”