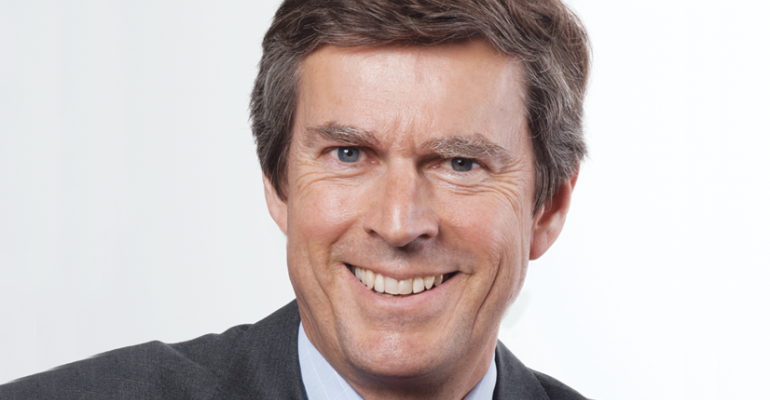 &ldquo;It is the nature of our industry that you must constantly reinvent yourself to capture growth where it will be tomorrow, and to avoid the risks of becoming irrelevant to your customers. We are no exception, and this is why now is the right time to start looking for my successor.&rdquo; &mdash; Pierre-Olivier Beckers, CEO, Delhaize

After a decade at the helm of Delhaize America, very little is clear about how the industry will perceive the legacy of Pierre-Olivier Beckers.

On the other hand, sales have declined in the last five years, from a high of $19.2 billion two years ago, and are expected to drop again in 2013 as the company completes the sale of its Sweetbay and Harveys locations to Bi-Lo/Winn-Dixie. 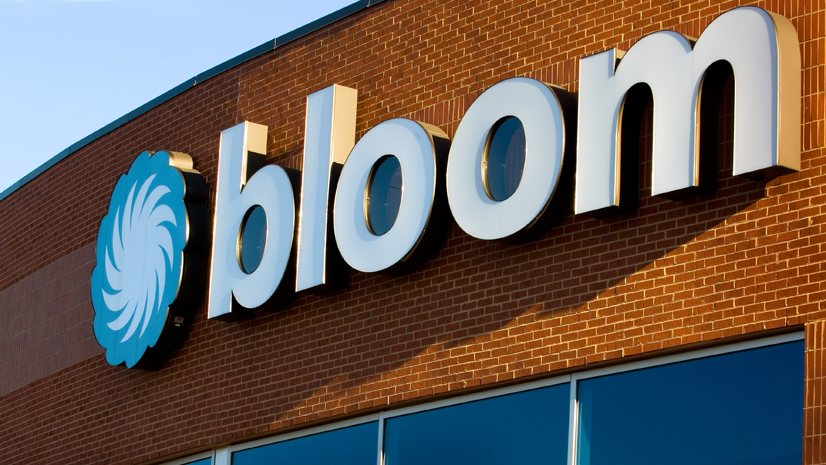 Perhaps Beckers will be remembered for overseeing the bold invention of new banners like Sweetbay, Bloom and Bottom Dollar Food, or perhaps history will remember that the company gave up on two of those banners by the time he left.

“To some extent, you can say that Pierre-Olivier Beckers is leaving with a lot of work left to be done,” said John Rand, senior vice president in the Boston offices of Kantar Retail. “He is certainly not handing a smooth engine of growth over to his successor.”

Although the pending sale of Delhaize America’s southernmost banners and the pending retirement of Beckers led some analysts to speculate that Delhaize could be eyeing an exit from the U.S., others said it appears as though the company has been re-energized though some recent maneuvers.

Last year the company named Arby’s veteran Roland Smith chief executive officer of the U.S. business, and named Beth Newlands Campbell to succeed Cathy Green Burns as president of Food Lion, among other changes. Those changes were followed by a series of personnel cuts and store closures.

Richard Kochersperger, a Philadelphia-based consultant, said he thinks the company seems to be making some good strategic decisions for the future.

“If you look at their history, it has been a mixed bag of results,” he told SN last week. “But the current refocus I think is healthy,” he added, particularly given the sluggish economic recovery.

Despite Delhaize’s decision to scale back on its operations in Florida and Georgia, Kochersperger said the company appears committed to growing in other markets.

“They could look for other acquisitions — there’s an awful lot of space between North Carolina and Maine — but it looks like they are going to focus on organic growth, and fill it out with Bottom Dollar,” which, he noted, is now expanding into Ohio.

He noted that significant cultural changes could be under way at Delhaize, with a shift from a Hannaford-driven organization to one more concentrated in Food Lion’s headquarters in North Carolina.

“The new team is taking a different focus, and putting much of the resources in Salisbury, which means there is another major cultural change happening in the organization,” he said. “The two cultures of Food Lion and Hannaford were like oil and water.”

Hannaford, an EDLP operator, has long supplied leadership, management and technology for the rest of the organization, while Food Lion, with its focus on high-low promotional pricing and no-frills merchandising in convenient locations, has not always taken kindly to the invaders from New England, observers said.

Analysts and observers speculated that how Delhaize follows up on its pending sale of the Sweetbay, Harveys and Reid’s banners could be an indicator of its future in the U.S.

Patrick Roquas, an analyst with RaboBank, Amsterdam, said in a report that new Delhaize management could bring a fresh outlook on the future of the company, including the possible exploration of a split between the U.S. and overseas businesses. 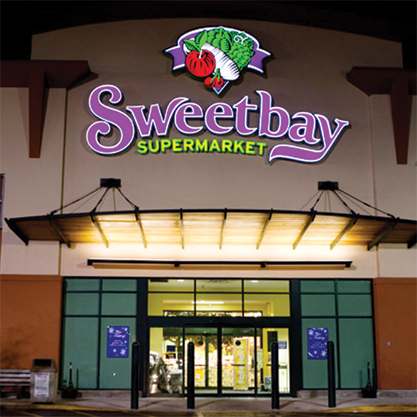 Kochersperger said it did not appear that the company was eyeing a U.S. exit anytime soon, noting that “Europe is a pretty tough place to grow your business.”

Fernand de Boer, an analyst with Petercam, Amsterdam, said in a report that he expects the sale of the assets to be used to pay down debt.

In a report on just-food.com, Alastair Johnston agreed that Delhaize might use the proceeds to pay down debt, but said he was not sure if that was the wisest use of the funds.

“It is unclear what Delhaize will do with the cash as there are few bond maturities in the near future,” he said. “We expect the company to run a somewhat inefficient balance sheet for the foreseeable future.”

Rand of Kantar said he thinks the company could invest the proceeds in revitalizing its remaining operations. 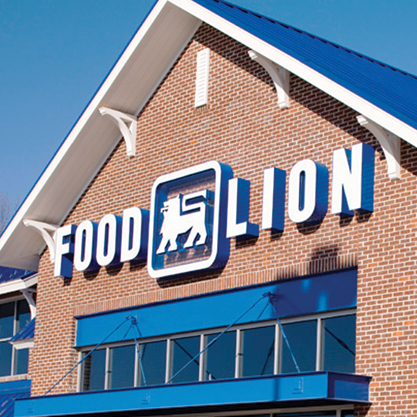 Rand said he thinks that Delhaize America has not changed enough, and that its leaders have become fixated on repairing the Food Lion banner with campaign after campaign.

“I’m not sure it was the right thing to keep doing,” he said. “They have continued to attempt to resuscitate the Food Lion brand, and I’m increasingly convinced [the problem] is not the people or the operations or the merchandising — it’s the brand.

“It’s a brand that got damaged and never recovered. I think they invented several good new ideas, but they haven’t really put the money behind them. They keep going back to Food Lion.”

Rand suggested the company might be better off taking its Bottom Dollar Food banner — which is similar in concept to the value-oriented Food Lion banner of 30 years ago — and use it to remake the Food Lion chain. 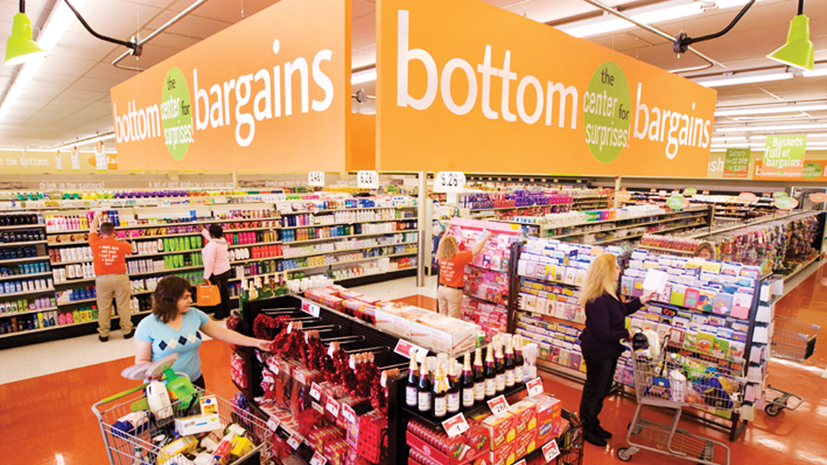 “Why don’t they just take down the Food Lion name and put up the Bottom Dollar name, and remodel the stores? It would cost relatively less money than it takes to keep refurbishing Food Lions,” he said.

Another analyst, who asked not be identified, said Delhaize appears to be making some strong adjustments at its Food Lion banner — after closing more than 100 stores last year and embarking on a market-by-market “rebannering” that involves improved pricing, employee training and upgraded perishables.

Under the aegis of Food Lion, and with cooperation with Delhaize’s European management, Food Lion created the Bloom banner in 2004, which analysts at the time thought had potential to be a supermarket for the future, with its emphasis on in-store technologies and appeal to younger and more upscale shoppers.

“I think Bloom was a beautiful store,” said Rand. “I think it was an interesting and intriguing concept, and I think they gave up on it too easily.”

Rand also noted that Delhaize has not embraced technology for customer-centric marketing as well as some of its peers, such as Kroger Co., which has an ownership stake in database-marketing concern DunnhumbyUSA; Ahold, which works with marketing firm EYC; and Safeway, which has rolled out its Just For U personalized marketing program.

“Delhaize does a lot of interesting things — some better than others — but in a world with Dunnhumby and EYC, in a world with shopper data cards and intense analysis, I don’t think they have kept up in the arms race.”

Beckers, who turns 53 this year, announced in May that he would retire by the end of 2013. The company is searching for a successor.

He was not available to discuss his tenure at Delhaize with SN.

His history with the company dates back to the 1980s, when he spent three years as a store manager in the company Food Lion division before returning to his native Belgium. 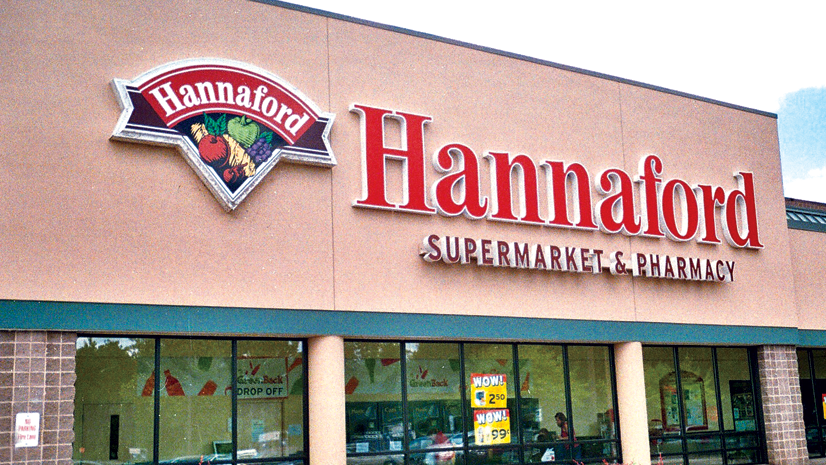 When he later returned to the U.S. and became chairman of Food Lion, he oversaw the 2000 acquisition of Hannaford Bros. — one of the boldest and most controversial moves in the history of the company.

Considered overpriced at the time, Hannaford has since developed into a success story for Delhaize, providing management and expertise that has been shared throughout the organization.

“The strength of Hannaford has historically been in its incredible devotion to talent development and in the very disciplined approach to everything they do,” Beckers told SN in a previous interview.

Rand said one of the positive aspects of Beckers’ tenure at Delhaize was that despite sharing some of the best assets of Hannaford with the rest of the organization, he did preserve local marketing and merchandising.

“They spent a long time resisting the urge to homogenize,” he said. “I think eventually it does become extraordinarily tempting to find synergies, to find common expenses, and ways in which you can combine companies.”

Another significant development during Beckers’ tenure was the conversion of Delhaize’s Kash n’ Karry banner to Sweetbay. After closing several Kash n’ Karry locations, in 2004 Delhaize began the process — under the leadership of Hannaford Bros. veteran Shelly Broader — of rebannering the 103 remaining Kash n’ Karry stores as Sweetbay.

“Clearly Kash n’ Karry was a badly damaged brand,” Rand explained. “Something drastic had to be done, and they had the courage to recognize it was unsustainable.”

However, he pointed out that Sweetbay, with its effort at EDLP-style pricing and a focus on good food and customer service — was “up against a monster” in Publix Super Markets.

In a May conference call with analysts discussing first-quarter results, Beckers said the time was right for him to step aside.

“It is clear that after a challenging last couple of years Delhaize Group is building again momentum, as indicated by our results of the last three quarters,” he said. “Our stock price has responded well. There is more stability in our operations. We are moving in the right direction.

“And as I look into the future, I am confident that we have great strength and I am realistic that we face challenges as well.

“It is the nature of our industry that you must constantly reinvent yourself to capture growth where it will be tomorrow, and to avoid the risks of becoming irrelevant to your customers. We are no exception, and this is why now is the right time to start looking for my successor.”

In his three decades at Brussels-based Delhaize Group, Pierre-Olivier Beckers has participated in a range of industry activities at the national and international levels.

In Belgium, he is vice chairman of the executive committee of FEB/VBO, the Belgian Employers Federation.

He has been president of the Belgian Olympic Interfederal Committee since December 2004, with a current term expiring this year. He also was elected to the International Olympic Committee in July 2012.

Beckers has been president and chief executive officer of Delhaize Group since Jan. 1, 1999. He began working in the food retail industry in 1982 as a store manager for a bakery chain in Belgium, and joined Delhaize in 1983 and worked for three years in the U.S. as a store manager.

He returned to his native Belgium and worked in various positions as a buyer, director of purchasing, member of the executive committee and director and executive vice president in charge of international activities.

In announcing his retirement plans, Beckers told investors in a conference call discussing first-quarter results that he remains committed to the company and that his “energy level is absolutely intact.”

“Nonetheless, the board of directors and I have agreed that the time is right to move forward into a succession plan.”

He said he plans to remain a director of the company after a successor is named as president and CEO.