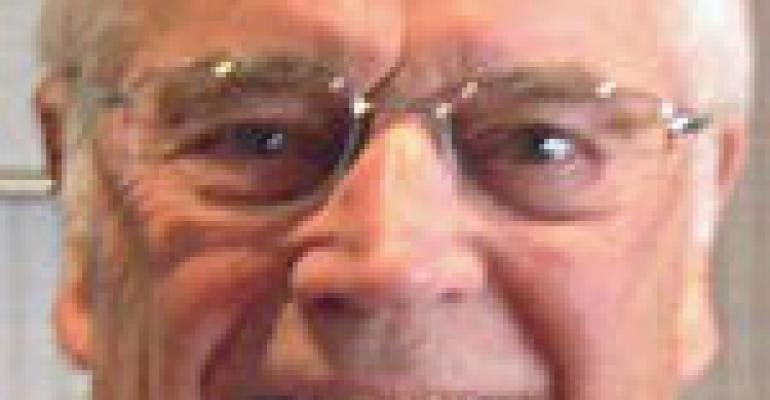 QUINCY, Ill. Rich Niemann Jr., a member of the third-generation ownership of Niemann Foods, based here, has never encouraged a fourth-generation family management. But that hasn't stopped two of his five children from pursuing a career in the business anyway. In fact, I have always discouraged them from joining the business, said Niemann, who joined the company himself in 1977 after college and is

QUINCY, Ill. — Rich Niemann Jr., a member of the third-generation ownership of Niemann Foods, based here, has never encouraged a fourth-generation family management.

But that hasn't stopped two of his five children from pursuing a career in the business anyway.

“In fact, I have always discouraged them from joining the business,” said Niemann, who joined the company himself in 1977 after college and is now president and chief executive officer. “That may sound a little bit strange, but retail is a very detailed business, and it's not a terribly sexy business, and you have to be willing to do the day-in day-out work.”

Whether his two sons who have joined the company — one is a store manager, the other works in development — will someday rise to the top ranks of the company has yet to be determined, Niemann explained.

“They both know that there is no right to succession,” Niemann told SN. “They are going to have to prove it, and make their way based on the merits of their performance.”

When Niemann himself first joined the company, he had in fact been looking for a job outside the family business, although within the industry. He grew up working a variety of entry-level jobs within the family's stores, and studied business administration and marketing at the University of Illinois. He said his plan was to work at other companies for about 10 years or more before considering rejoining the family's firm.

But when the opportunity arose for him to return to the family business, which then numbered about 12 stores, Niemann agreed to do so on one condition: that the company be run for the good of the business first, not the family.

“I told my dad I was willing to come back right away, provided the organization is going to be run professionally,” Niemann told SN. “It had to be not all about family, but about running a professional organization first, and he agreed to that and stuck by that, and that's how we've operated.”

The strategy appears to have paid off — from the dozen stores at the time, Niemann has since grown to nearly 90 locations, including its core County Market banner, its licensed Cub Foods and Save-A-Lot stores, and several convenience stores.

It also has since become an ESOP, or employee stock ownership plan, with about 1,600 employees who collectively own 30% of the company.

“We are responsible to those owners, and our organization is committed to having the best leadership going forward,” Niemann explained. “If any one of my kids, or anyone else's kids, happens to be that person down the line, so be it. But there is no strategic plan to make that happen — it is going to be earned.

Currently Niemann, along with his brother, Chris, who is executive vice president and chief financial officer, run the chain through a 10-member executive committee filled mostly with non-family members.

Although Niemann himself moved up rather quickly in the organization — he started in a development role and was overseeing what was then a 12-store network within a year and a half — such a rapid rise could not happen today, he said.

“The business is just too fast and too complicated, and I had to do a lot of learning on the job,” he said.