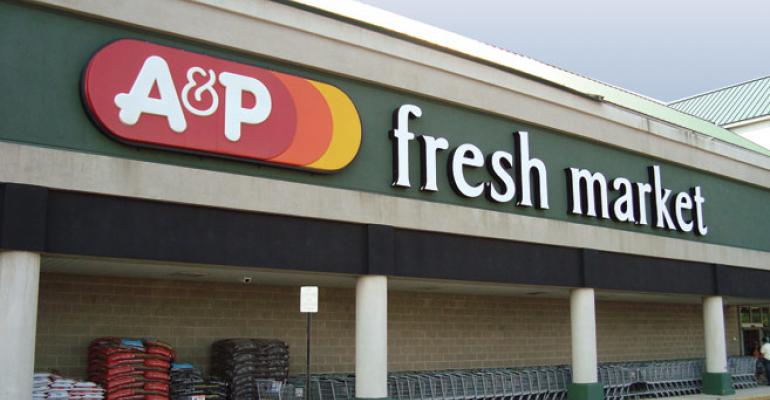 Sam Martin’s recent departure from A&P has ignited speculation that the retailer’s review of strategic alternatives is nearing some kind of conclusion.

A&P announced over the summer that it had engaged investment banks to help it determine a course of action including a potential sale or recapitalization. At that time, the company acknowledged that efforts to effect a turnaround were taking root, although stores were continuing to lose money.

A spokeswoman told SN in January that the review was still ongoing, but declined to provide further detail.

Some sources who spoke to SN believe that Martin’s departure could be a signal that a course of action would be settled upon soon.

“It’s unusual to see senior management leaving before the strategic review process is complete,” one local source, who asked not to be identified, told SN. “It suggests one of two possibilities, and they’re both on the extreme. One is that there’s an imminent deal for a large number of stores or even the whole company. Secondly is the possibility that there is no deal, and A&P has to again re-strategize who they are and what they are.”

Martin, who joined A&P in 2010, left the company late last year. Greg Mays, installed as A&P’s executive chairman a little more than a year ago, is running the company today, although a spokeswoman said a new CEO would be appointed “at the appropriate time.”

Mays assumed the chairman role from Ron Burkle, whose Yucaipa Cos. gained majority control of A&P following its Chapter 11 bankruptcy.

Martin’s term as CEO was marked by financial and operational turnaround efforts including 14 months under bankruptcy protection during which the company restructured its supply and labor deals and closed dozens of stores. Since emerging in 2012, Martin emphasized neighborhood focused merchandising, and the creation of branded service departments as a means of differentiation, while the company moved to close some stores and sell others.

In the event A&P is to complete a sale, its geographic footprint may necessitate a complicated deal among multiple parties, observers said.

Some believe Wakefern Food Corp.’s appetite to expand in Long Island could play a role. Wakefern’s ShopRite brand has a relatively light presence on Long Island where A&P has a considerable presence behind Waldbaums and Pathmark. But Wakefern, sources added, would first need to divide stores between its member-owners and find a partner to take the sites it wouldn’t want — perhaps a group like Cerberus Capital’s New Albertsons unit, which has already taken on troubled Northeast operators like Shaw’s and Acme.

“Wakefern is definitely focused on opportunities to grow, and they are looking at all opportunities whether they are acquisitions or ground-up development,” one source said.