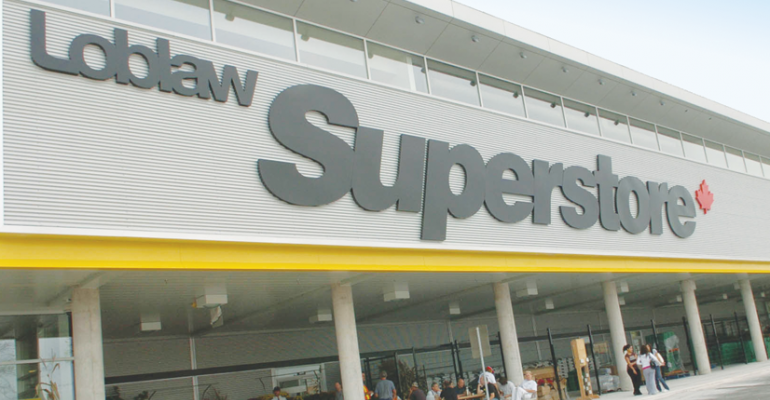 Given the financial flexibility Loblaw is likely to gain from the formation of a real estate investment trust it announced last month, it would be a logical bidder for those assets, industry analysts told SN.

However, they questioned whether Safeway will be interested in exiting Canada in the immediate future. Safeway operates 222 stores there — including 96 in Alberta, 72 in British Columbia, 33 in Manitoba, 15 in Saskatchewan and six in Ontario — accounting for approximately 15% of the chain’s total sales, or about $6.6 billion (U.S.).

“Loblaw will be front-and-center in any discussions concerning Safeway, and we expect that Safeway will transact in the next 18 months,” said Perry Caicco, managing director for CIBC World Markets here.

However, another Canadian analyst, who asked not to be quoted by name, told SN, “Loblaw will not pursue Safeway. Now is not the time for Loblaw to try to integrate an acquisition because it still has a lot of work to do operationally.

“Loblaw said it will use the money [from the REIT] to pay down debt, and I believe it will probably use that money subsequently to fund capital expenditures at its stores.”

In a report published nearly a year ago, Adler said, “Given the coming pick-up in competition [from Wal-Mart and Target], divesting its assets would make sense [for Safeway].

“Unfortunately, the value to Safeway of a sale is limited for two reasons — first, it has operated in Canada for a long time and consequently the cost basis of its assets is very low; and second, moving cash from Canada to the U.S. can be very challenging.”

According to a U.S.-based analyst quoted in a Bloomberg report this month, “Safeway is the one name that keeps popping up because that’s the one most people feel is available in the marketplace and makes the most sense.”

An acquisition of Safeway’s Canadian stores would make sense for Loblaw, he said, “[because] it’s an opportunity to gain some quick market share, which is tough to come by in Canada right now.”

A Canadian-based analyst told the same publication, “Acquisition is [Loblaw’s] best defense against Wal-Mart and Target entries to generate scale. In a market that is so competitive, every little basis point of market share is worth its weight in gold.”

Loblaw announced early last month it plans to spin off approximately 35 million square feet of its real estate holdings into a separate trust to unlock value for shareholders and provide additional sources of capital. The company said it planned to maintain an 80% ownership in the REIT, which would be spun off as a publicly traded entity in mid-2013.

“We wouldn’t be doing it if we didn’t feel it represents a great opportunity to enhance our strategic plan for Loblaw,” said Galen G. Weston, Loblaw’s executive chairman. “Part of that is long-term access to funds we can put against growth.”