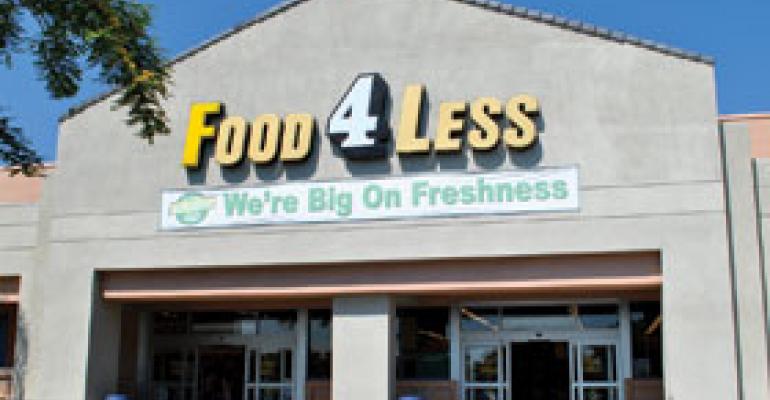 Major Players in the Hispanic Market

At least eight companies are fighting it out for the hearts and stomachs of Hispanic consumers in Southern California.

As a group they control more than $5 billion worth of volume annually, and that number is likely to grow as the Hispanic population continues to grow.

The major players include:

Superior, which began operations in 1983, runs price-impact warehouse stores that cater to a large Hispanic base, as well as an African-American clientele at some locations. As it proclaims on its website, “Our business is to sell groceries lower than anyone else!”

“Superior is a multicultural operator that prides itself on low prices,” one observer said.

It has stores ranging from 45,000 to 55,000 square feet located all across Southern California, with most in the Greater Los Angeles area.

El Super, which has been in business only since 1997, operates most of its stores in the Greater Los Angeles area, though its locations extend north to central California and south to San Diego, with four stores in Arizona and two in Nevada.

On its website it bills itself as a price retailer with the slogan, “Truly, El Super costs less.”

Stores range from 45,000 to 55,000 square feet, with limited SKUs geared to first- and second-generation Hispanic shoppers and only service meat and bakeries, but no hot food offering, observers said.

A family-owned company, Cardenas operates most of its stores in the San Bernardino-Riverside area, with three locations in Las Vegas. Competing as it does with Stater Bros., it has a strong price orientation.

Stores range from 40,000 to 55,000 square feet — and up to 70,000 square feet in Las Vegas — with many designed to look more like a shopping plaza than a traditional market, with each department having its own ambiance, a company spokesman told SN.

• Northgate Gonzalez Markets, Anaheim, Calif., whose 32 stores do a volume estimated at $785 million a year.

Founded in 1980, the chain operates primarily in Orange County, with additional locations in Los Angeles and a handful in San Diego. According to its website, Northgate chooses to operate in areas where first- and second-generation Hispanics predominate.

The website promises shoppers “a homeland experience” and “quality you can count on.” Stores range from 35,000 to 50,000 square feet.

Founded in 1985, Vallarta operates more than half its stores in the Los Angeles area but extends north into central California and south to San Diego. Its focus is “customer service with a smile.”

Vallarta, which focuses mainly on first-generation Hispanics, does a particularly good job in its perimeter perishables departments, one observer told SN.

Having started in business in 1976, K.V. Mart is one of the oldest Hispanic-oriented operators in Southern California, with most of its stores in the Greater Los Angeles area.

Stores, ranging from 30,000 to 50,000 square feet, operate under three banners: Top Valu, a full-service format at seven locations; Valu Plus, a warehouse format at 11 locations; and Buy Low, a limited-assortment format with a heavy emphasis on meat and produce at six locations. However, while Valu Plus and Buy Low emphasize price more than Top Valu, all have similar service offerings around the perimeters, a company executive said.

• Numero Uno, Los Angeles, a chain of eight stores owned by Nogales Investments, Los Angeles; Breco Holdings, Houston; and a silent partner in Mexico. Little information was available on the company, which declined to speak to SN, though its owners have indicated in the past their goal is to consolidate the Hispanic market in Southern California.

The company recently named Doug Miner as president; he was previously general manager at Fiesta Mexicana, an 11-unit San Bernardino-based Hispanic chain that was acquired last year by Bodega Latina.

• Food 4 Less, a division of Kroger Co., Cincinnati — the only major chain in Southern California that has forged a strong identity in lower-income Hispanic areas.

While not strictly a Hispanic operation, most of the 94 Food 4 Less stores in Southern California operate in Hispanic areas, and the company is testing service meat counters and extended deli departments to parallel the taquerias [hot prepared food counters] the Hispanic chains have, observers said.

“Food 4 Less is trying to be Hispanic,” one retailer told SN.

“It's a tough competitor,” another retailer said.