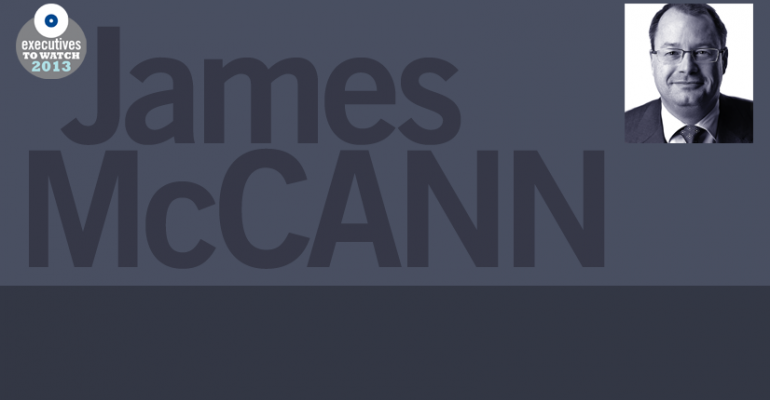 &ldquo;We get a greater share of the wallet from that customer because we&rsquo;re offering choice, and that&rsquo;s really important.&quot; &mdash; James McCann, COO, Ahold USA

QUINCY, Mass. — James McCann may be a new face on this side of the Atlantic Ocean, but he knows for whom he’s working.

“We understand that each and every Mum is the CEO of the house,” McCann said during remarks at Ahold’s Capital Markets Days event late last year, using his native British expression for mother. “They have to put together the shopping list, they have to go out and get that shopping list, and more and more now, they are sharing with one another how they enjoyed and how they lived with products that they bought from us.”

McCann, who took over this month as Ahold USA’s chief operating officer, used his prior position as Ahold’s chief commercial and development officer to raise the retailer’s global technological game to keep up with “Mum” — including pioneering mobile shopping apps and testing a variety of fulfillment strategies positioning Ahold at the forefront of online grocery worldwide. The company is making strides in a stated goal to more than triple its global online sales by 2016, or from 2011’s total of $600 million to $2 billion.

“We think [technology] is a tremendous driver of loyalty for our business,” McCann explained. “If we can help Mum through these devices to have an easier life and do a better job for her family, save money [and] save time, then we think she will reward us with her shopping.

The benefits of leadership in online and mobile capabilities are considerable, McCann believes. Data from Ahold’s loyalty cards suggest that shoppers who spent $100 a week at Ahold stores spend an average of $150 a week when also using the retailer’s Internet home delivery options such as Peapod (the in-store trip declines by $20, while an additional $70 is spent on online, he explained). Adding a more cost-effective store pick-up option brings the total up still further.

This is not “moving money around,” he maintained, but broadening Ahold’s offering to win new customers, and more business from existing customers.

“We get a greater share of the wallet from that customer because we’re offering choice, and that’s really important,” he said.

McCann, 43, brings these strengths in customer loyalty and innovation to the top role at Ahold USA, where he will oversee its four U.S. divisions Giant-Carlisle, Giant-Landover and Stop & Shop in the New England and Metro New York regions. He is taking over from longtime Ahold executive Carl Schlicker, who retired but will remain an advisor.

Schlicker said McCann has spent months since the appointment was announced last summer familiarizing himself with Ahold’s stores, shoppers and employees in the U.S.

“James is bringing a hands-on approach to his new role with Ahold USA,” Schlicker said in prepared remarks to SN. “Since his appointment was announced, James has been involved in a rigorous orientation through which he has been exposed to every aspect of the U.S. business from working in stores across the divisions to gaining an insider’s look at the supply chain during a record-breaking winter storm. James has also been able to meet with associates from every facet of the business and talk to customers about what they are looking for in their grocery shopping experience.”

Although new to the U.S., McCann has more than 20 years of experience with international companies in consumer products and retail. He began his career with Shell in 1992 and joined Mars in 1994, working both in the United Kingdom and in Russia. In 1999, he joined U.K. retailer Sainsbury as commercial director, then moved to its  rival Tesco, where he worked from 2002 to 2009.

At Tesco, McCann served as chief operating officer of its division in Poland and gained additional international experience heading the retailer’s businesses in Malaysia and Hungary. From 2010 to 2011, McCann was an executive director of the French retailer Carrefour, before moving to his position with Ahold in 2011.

“Ahold has big shoes to fill, but one of the advantages of being an international retailer is an international pool of talent to choose from,” said Neil Stern, senior partner, McMillanDoolittle.

McCann arrives at an interesting moment for the U.S. supermarket industry in general and Ahold in particular. Its recent success — in part a result of capitalizing on the weakness of its rivals — has many observers eyeing it as a potential consolidator in an industry where the pace of mergers and acquisitions appears to be quickening. For example, Supervalu’s pending breakup is expected to set free dozens of stores throughout Ahold’s territories. And the sudden availability of Harris Teeter — whose marketing area essentially starts where Ahold’s ends — could trigger sweeping changes to the East Coast grocery market.

While there has been no immediate indication from Ahold or McCann that it intended to play a role in these scenarios, observers note Ahold is one of the few companies with the size and financial wherewithal to make things happen should it choose to, and observers noted its war chest was recently fattened by $3.1 billion as a result of the sale of its ICA business in Europe. Expanding geographic reach is one of the six “pillars” upon which Ahold’s overarching strategic plan, introduced a year ago by CEO Dick Boer, is built.

“I think one of the challenges for McCann is going to be deciding how to best strategically deploy the resources that Ahold can bring to the table,” Harvey Gutman, president of Marlboro, N.J.-based Brookside Advisors, told SN.

Other pillars to create growth at Ahold include efforts to increase loyalty and broaden its offering, which McCann’s work as development officer have only begun to realize. That effort during McCann’s term at Ahold USA is expected to see expansion of dedicated pick-up points and curbside delivery options for Internet orders, as well as the debut of a fully automated warehouse to support Ahold’s Peapod.com home delivery service. That facility is now under construction in Jersey City, N.J., and set for a 2014 opening. These efforts, McCann believes, will allow Ahold to keep pace with the boss.