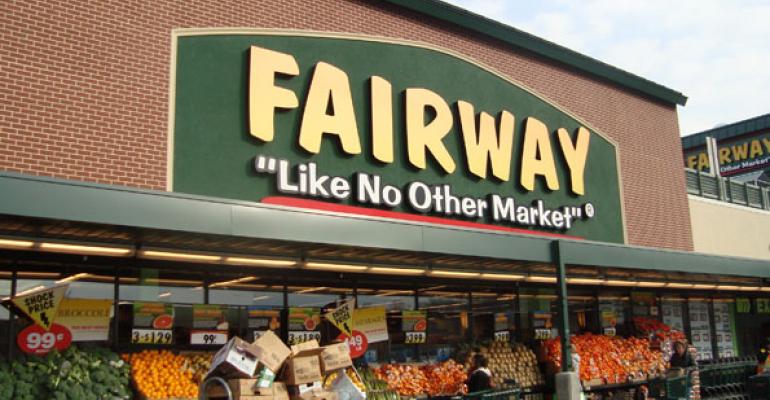 NEW YORK — Fairway Market here, the high-volume chain that has been expanding throughout the New York City area in recent years, has filed “confidentially” for an initial public offering that could reap a significant payback for its owners, sources told SN last week.

Officials at the chain and at its private equity owner, Sterling Investment Partners, did not return calls seeking comment.

Sterling, which originally invested $150 million in the chain in 2007, has since increased its financial support to fuel an expansion effort that has grown the specialty retailer to 10 locations, each of which is estimated to generate at least $50 million per year in sales.

“I don’t think they have a store doing less than $1 million a week,” said Matthew P. Casey, a supermarket consultant based in Clark, N.J. “They are a great operator, with extremely high volumes, and great perishables.”

Fairway is reportedly planning its IPO as an “emerging company” under the Jumpstart Our Business Startups Act, or the JOBS Act, which allows companies with less than $1 billion in annual sales to bypass some of the restrictions that are imposed on larger companies seeking to raise money with an equity offering. Under terms of the JOBS Act, Fairway can wait until shortly before the offering to file, and only needs to disclose two years of financial data, instead of three.

Gary Giblen, a longtime industry analyst, said the timing for an equity offering by Fairway makes sense, “given that Whole Foods is trading at all-time highs.”

“Sterling has been a good partner for them,” he said, adding that the IPO “is probably to pay for expansion that has already occurred.”

Burt Flickinger, managing partner at New York-based Strategic Resource Group, said, “If the private equity owners continue to run it with the [founding Glickberg family team], and run it the way Leonard Green and Partners work with John Mackey at Whole Foods, it could be a spectacular IPO,” he said. “But if the private equity folks think they are smarter than the ones who have been running it, there will be a regrettable result.”

According to reports, Howard Glickberg, formerly chief executive officer at Fairway, recently stepped aside and was named vice chairman of development. Herb Ruetsch, formerly president and chief operating officer, is now the CEO.