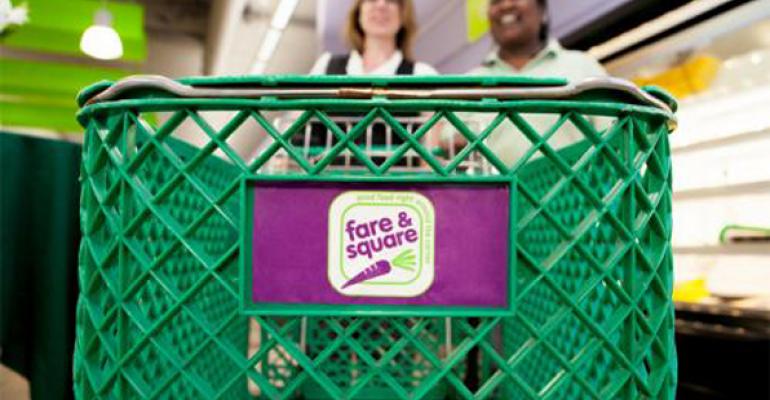 CHESTER, Pa. — Philabundance, a nonprofit agency that seeks to reduce hunger in the Delaware Valley region near Philadelphia, has opened what has been described as the nation’s first nonprofit supermarket here.

The 16,000-square-foot Fare & Square outlet features an array of traditional offerings at discounted prices, including fresh meats and produce, frozen foods and dry grocery product. The store is the only supermarket in this town of 34,000 people that had been classified as a "food desert." Chester had been without a grocery store for 12 years.

Fare & Square is primarily supplied by Bozzuto’s, a wholesaler based in Cheshire, Conn., but it also sources product from local suppliers, a spokeswoman for Philabundance told SN. It offers both national brands and private label under the IGA brand, Lindsay Bues, the Philabundance spokeswoman, explained.

The store was funded through government, foundation, corporate and individual contributions.

To staff the supermarket, Philabundance this past summer offered a free, five-week training program for Chester residents. Employment was not guaranteed to graduates, but 36 people who completed the program were hired at the store, including one of the department managers. The store employs a total of 69 people, 82% of whom are Chester residents.

Customers can earn discounts at Fare & Square by joining the store’s "Carrot Club." Club members are eligible to earn rewards through in-store promotions and other offers, and members whose households earn 200% of the poverty line or less can also receive Carrot Cash benefits, a 7% credit towards future purchases.

By the time the store opened on Sept. 28, 4,700 households had signed up for the Carrot Club, including 70% from within the city of Chester.