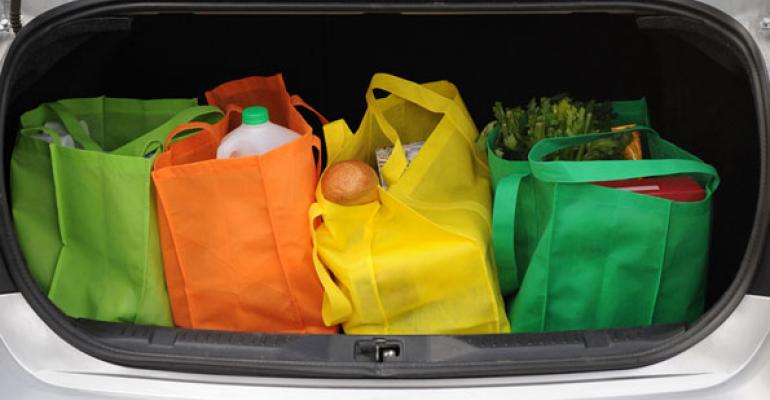 &quot;With a dedicated drive-through area and dedicated employees bringing it out to the car, the time equation is being addressed in a more meaningful way.&rdquo; &mdash; Neil Stern, senior partner at McMillan Doolittle

CHELMSFORD, Mass. — Customers at the Stop & Shop supermarket here might not know it, but their store offers a mode of shopping that is currently all the rage in Europe.

The store offers a service that has been around for almost as long as the Internet — order your groceries online, pick them up at the store — but Stop & Shop and an increasing number of European retailers have improved upon that by adding a dedicated drive-up area alongside the store and a segregated order-storage area within the store.

Neil Stern, senior partner at McMillan Doolittle, Chicago, said the retailers that have implemented this offering have elevated e-grocery to a new level of convenience.

“In the old days, you had to park, go into the store, pick up your stuff, and the consumer was saying, ‘How much time did I really save?’” he said. “Now, with a dedicated drive-through area and dedicated employees bringing it out to the car, the time equation is being addressed in a more meaningful way.”

“Our companies are currently looking into expanding the convenience of pick-up points as a format, tapping the expertise of Peapod,” Tracy Pawelski, vice president of external communications, Ahold USA, told SN. “We continue to evaluate pick-up sites and will have more to announce later this summer.”

Edouard Aubin, an analyst with Morgan Stanley in Paris, said Ahold has been encouraged to explore the drive-through model by James McCann, a member of its executive board who witnessed the growth of the model while an executive at Carrefour in France.

“He saw how the drive-through model was growing exponentially,” Aubin told SN. “It went from 0% market share to 2.5% share in two years. That might not seem like much, but in a market with little to no growth overall, that’s more than the total market growth in France.”

He estimated there are currently about 1,300 drive-through units in France, vs. about 20 in the U.S.

In a recent conference call with analysts, Dick Boer (right), chief executive officer, Ahold, said the drive-up units in the U.S. have shown “promising results,” and said the company was going to continue to test different models, including possibly charging a fee for the service.

Aubin said he thinks the offering will be “difficult to make work” without charging a fee.

Other retailers offering a similar service include Matthews, N.C.-based Harris Teeter Supermarkets — which normally charges $4.95 for its “Express Lane” curbside pickup service, but is currently offering a $1.95 “summer special” — and Pittsburgh-based Giant Eagle, which debuted the “Curbside Express” service at a single Market District location in April.

Last week Cheshunt, England-based Tesco said it was ramping up its “Click & Collect” curbside pickup offering in the U.K., according to a Bloomberg report, with plans for 150 drive-up locations by year-end.