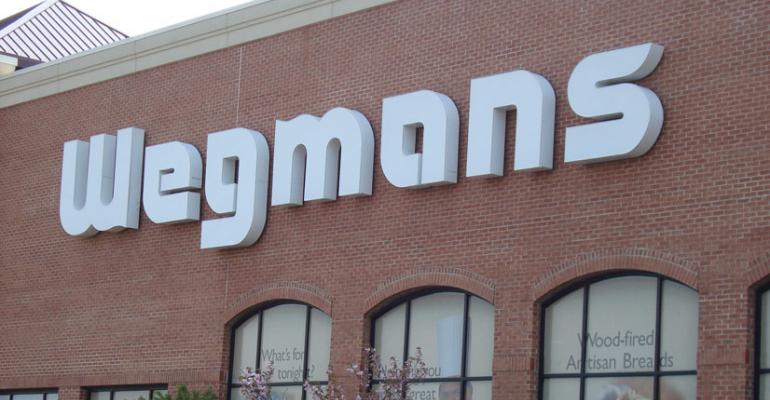 Wegmans, Teamsters Battle On in N.Y.

ROCHESTER, N.Y. — Teamsters workers at a Wegmans Food Markets warehouse here last week rejected the company’s contract offer for a second time, even after a tentative agreement on new terms had been reached with the union local’s leadership.

The standoff represents a shift from what had historically been a “long-standing constructive relationship” between Wegmans and the Teamsters, said Burt Flickinger III, managing director, Strategic Resource Group, New York.

“Teamsters in Western New York is looking for job preservation,” he said, noting the loss of Teamsters facilities operated by Wakefern Food Corp. and C&S Wholesale Grocers in that part of the state in past years. “Wegmans’ situation mirrors where Wakefern was during the Wallkill, N.Y., negotiations, as much of the sales growth at Wegmans is coming from areas outside New York — in Virginia and the Washington, D.C., area, and Pennsylvania and New Jersey and New England.”

Keasbey, N.J.-based Wakefern, supplier for the ShopRite cooperative in the Northeast, in 2005 exited from a warehouse in Wallkill and shifted operations to a facility near Allentown, Pa. That move trimmed 500 jobs from the Wallkill area in upstate New York, local reports said.

A major sticking point in the negotiations had reportedly been Wegmans’ efforts to shift the 900 truck drivers and warehouse workers in Local 118 from the Teamsters state pension plan to the company’s own plan. The Wegmans plan is a defined-contribution plan, in which each retiree would have available to them only the funds that have been paid into their accounts. The Teamsters fund, by contrast, would pay a set amount on a regular basis throughout the rest of the retiree’s life.

In a statement, Wegmans said its latest offer included a move to its own “fully funded” retirement plan. It also included a $1,000 lump-sum payment for full-time employees ($500 for part-timers); an 18% pay increase over the life of the six-year contract; and a package of retirement assistance options “valued at over $10 million.”

Wegmans also said it would pay the New York State Teamsters Conference Pension and Retirement Fund “millions of dollars” in withdrawal liability to help preserve the benefits already due its employees from the fund.

“For months we have bargained in good faith, and frankly, we are frustrated and deeply disappointed, ” Mike Cullen, Wegmans vice president of distribution, said in a statement. “But, we have prepared for every possible outcome. Our stores will remain open for business without interruption.”

The Teamsters had rejected Wegmans’ initial offer on Sept. 30, and also authorized a strike at that time. The two sides resumed bargaining on Oct. 11 and reached the new, tentative agreement that Wegmans said addressed workers’ concerns about retirement transition benefits, health care and growing work for the bargaining unit.

In Wegmans’ prepared statement, it highlighted the high degree of tension in the talks — pointing out that the union members “collectively pay over $600,000 annually in dues to Local 118,” and that the local had been placed in trusteeship after the president was removed and charges were filed against the leadership. It also called attention to tactics employed by the union, including picketing at the company’s headquarters, hand-billing at stores and hiring a plane to fly over a Buffalo Bills football game with the message that “Wegmans Wants Buffalo to Lose.”

A Wegmans spokeswoman declined to comment beyond the information released in the statement.