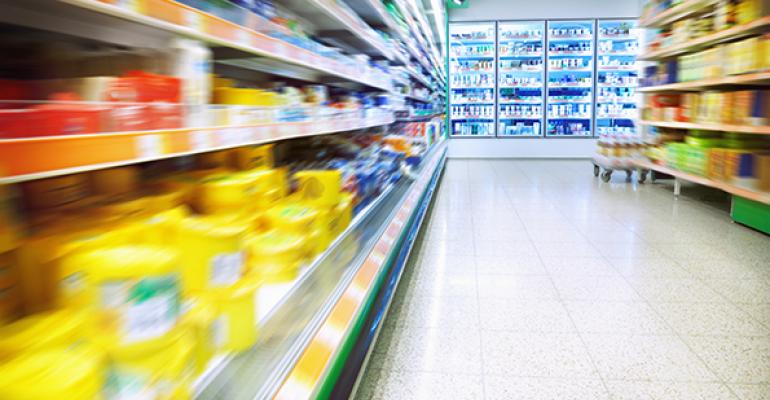 In the final installment of SN’s annual CEO Outlook, food retailing leaders from Roche Bros., Unified Grocers and Associated Food Stores describe how new projects — their own and their competitors’ — could make a difference in their fortunes in 2015.

As in CEO Outlook 2015 Parts One and Two, the retailers say the improving economic picture is proving the basis for optimism but a cautious tone remains.

Gary Pfiel, president of Roche Bros., Wellesley, Mass., says an improving economy may spark demand for items that shoppers have left out of their baskets in recent years. But increasing competition and stagnant population growth in the greater Boston market indicates sales gains will hard to come by in 2015.

“Here in the Northeast our competition is just as intense as I can ever remember my life,” Pfiel told SN. “With the addition of more Whole Foods, more Wegmans, more Market Baskets, plus all the other channels of business, I think same-store sales are going to be flat.

“What we’re going to continue to do up here is slice the pie,” he added. “We have no population growth and so we’re all fighting for a slice of pie that just keeps getting spread to all new [competitors] and channels of business. So I think the best we’re looking at is a little bit better than last year, but probably flat to 1%.”

Pfiel said Roche Bros. was looking forward in 2015 to the opening of its first urban store, set open this spring in the high-profile Downtown Crossing project in Boston. That store — along with Brothers Marketplace compact specialty stores which opened in two locations last year — are providing the independent with laboratories for new ideas as well as greater adaptability to new locations in a market where traditional supermarket sites have long been hard to come by.

“I think the economy is improving, and there is a better feeling from consumers out there,” Pfiel said. “I think they have a lot of pent-up frustration since they haven’t been doing things for the last few years that they might have wanted to. The luxury of a great meal or a prep-food dinner brought home to the house, or a bottle of wine — I would expect that secondary type of purchase at the grocery store to go up this year.”

Neil Berube, president and CEO of Associated Food Stores, Salt Lake City, said he anticipates 2015 will be “a pretty good year” as a result of improvements in the economy, particularly in the Intermountain region in which it operates.

“Of course we have ongoing competition from Kroger building more Marketplace stores in our area and Walmart Neighborhood Markets and WinCo becoming active again in our area, but despite all that competition we see a lot of positive signs.” Among them, the decline in gas prices is leading to decreases in freight rates, “though some of those decreases are offset by higher driver wages. The driver market is pretty tight so wages are increasing,” Berube noted.

Unemployment rates, which have been below the national average in Utah, Idaho and Colorado — Associated’s primary operating area — continue to be low, “so we anticipate increased consumer confidence will mean continued growth for our retail members,” he said.

According to Berube, calendar 2014 was “a positive year” for sales and profits — the result, he said, of refreshing corporate stores and members adding new stores, “and even existing stores saw increased customer counts and stronger volumes.”

Margins are holding steady, he added, despite continued inflation in proteins.

The cooperative’s corporate stores also benefitted from new marketing programs, including a price-lock program and a move toward more of a hybrid EDLP approach, “with pricing very competitive on known-value items,” Berube pointed out. He declined to disclose specific initiatives planned for 2015, though he said they will involve a multi-part program “to take better care of customers and help them feel more comfortable in the shopping environment in terms of pricing, service and other aspects.”

Bob Ling, president and CEO of Unified Grocers, Los Angeles-based member-owned cooperative, said he expects growth in 2015, both at the member level and the corporate level.

“There are always some highs and lows, but economic conditions in general seem to be improving across the board, and that’s reflected in sales at member stores. We’re seeing particular strength in same-store sales in the Bay Area and in the Seattle marketplace, plus a little bit of strength in the Portland (Ore.) market, plus among Hispanic and upscale retailers in Southern California.”

Sales at the corporate level will improve with increases in same-store sales at the member level, he noted, “and with the entry of Haggen into the California market, we expect to benefit from that as well.”

Ling said he expects margins “will continue to be challenging. Most retailers are still operating in a very competitive environment, and pricing power — the ability to increase margins — remains very difficult to do. It’s been that way for several years, and those pressures will continue, and operators adjust for that in their business plans.”

Regarding lower gas prices, Ling said, “There’s no question that is helping, especially for value retailers who cater to consumers at the lower end of the economic scale. The money they save on gas goes right back into their buying habits. Additionally, reduced gas prices help us with the operating costs of transportation.”

In terms of initiatives, Ling said the transition to servicing 100 Haggen stores in Southern California, Arizona and Nevada will be a major focus this year, as will Unified’s expanding role in general merchandise and health, beauty and wellness. Although he declined to be specific, he said Unified will add GM-HBW distribution for a retailer and combine that business with its existing GM-HBW business into a single warehouse in a new location, separate from its existing GM-HBW facilities in Southern California and Portland, though it will continue to distribute some items from those existing facilities.