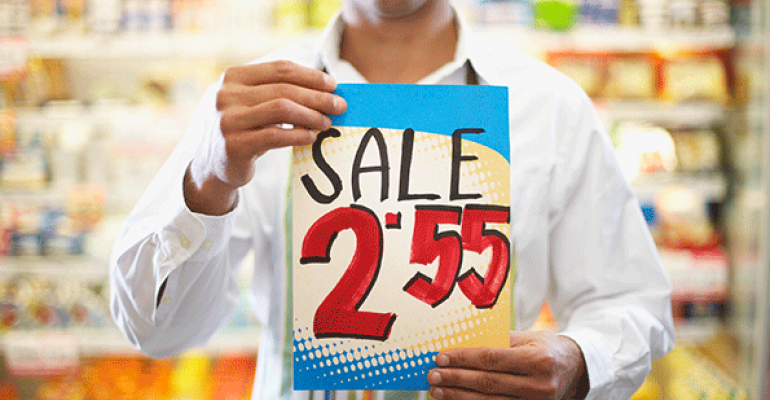 Asked to assess their prospects for success in 2015, many said they felt that while lower gas prices are providing consumers relief they are less convinced that other economic indicators are pointing in the right direction for a sustained recovery. As a result, many say their business plan for 2015 includes a continued focus on value.

Steve Smith, president and CEO of K-VA-T Food Stores, the Abingdon, Va.-based parent of the Food City chain, said that lower gas prices gave the chain a bit of sales tailwind into the new year.

“We believe the increases we experienced during the fourth quarter of 2014 and the first quarter of this year are directly related to the drop in retail fuel prices,” he told SN. “With consumers spending less at the pump, they have more money to spend on other items which should have a positive effect on grocery sales.”

Margins he expected could hold steady this year, with the exception of pressure in the meat department as a result of inflation.

Smith however said he was still waiting to see other economic improvements before he count on them to help business overall.

“We feel the main driver here will be lower gas prices, should they continue. While unemployment numbers are showing some improvement, we don't necessarily see the employment numbers within our market reflecting any significant changes. We feel that the decline in unemployment is largely due to people dropping out of the work force — which has a participation level at one of the lowest points in modern history. In addition, we are not seeing significant wage increases. In fact, many reports reflect a significant decline in average income over the last five to six years.”

Like Smith at Food City, Stater Bros. chairman and CEO Jack Brown said he feels it will take more than cheaper gas to keep the economy improving.

Consumer attitudes, he said, will depend “on whether the American public believes Congress is working together or if it will remain at the same stalemate we’ve had. It’s up to Congress to give the impression that it’s working together on the real issues, like jobs and taxes and Obamacare. It needs to work to improve those areas to give people more confidence in the economy.”

As far as Stater Bros. goes, Brown said the retailer “will continue to go the market in 2015 as we have in the past — we’ll open some new stores and remodel others and work toward being the best full-service supermarket in each community we serve.

“No one is better prepared than we are for 2015 because we have the right team in place. It’s been together for 25 or 30 years, and we know our strengths and weaknesses and try to support our weaknesses with teamwork,” he added. “We also believe you play like you practice, and we practice every day.”

He said margins “will probably hold, though there will be some challenges coming from outside the industry,” like a new California law that requires egg-laying chickens to be housed in larger cages. That law, which took effective Jan. 1, will require farmers to invest more than $1 million in larger cages, Brown pointed out, “and it will also require eggs laid out of state but sold in California to comply with the new regulation.”

Asked about planned initiatives, Brown said, “We want to be sure our employees understand that what we’re trying to do is serve customers. We’ll be putting more pressure on them to make sure they realize that. People want a sanctuary from all the problems that bombard them in the media from around the world, and we want them to feel good when they come into a supermarket.”

Rob Rowe, founder of the six-store Rowe’s IGA chain, said he anticipates overall sales growth of 6% to 7% in 2015, and the opportunity for improved margins as consumers gain confidence and spending power, and the drop in fuel costs lowers the cost of goods.

“Obviously competitive situations could impact this growth, but I believe we are positioned well to maintain our plan,” Rowe said.

“I expect margins to grow for many reasons. First is our leadership at store level as well as our dedicated work force continues to make great operational improvements. Second, I expect lower costs of goods with the lower distribution costs associated with lower fuel prices.

"I fully expect a lower cost of goods in the pork and poultry as we have seen in the 4th quarter to continue. These decreases in cost for us are big because we hold the line on retails in up markets and we will benefit from the cost reductions.”

The consumer will realize “huge savings” as fuel prices drop, Rowe added. “This means a lot for all retail sectors, when consumers have more cash they will spend more on the goods and services they need and or want. I am expecting that they will continue to spend at the supermarket, but I also believe that they will be spending their dollars on other goods as well as entertainment away from home.”

Rowe added that he felt his stores his chain can improve results even further by executing the basics better. “I believe it will be a great year for us and we are looking forward to it,” he said.