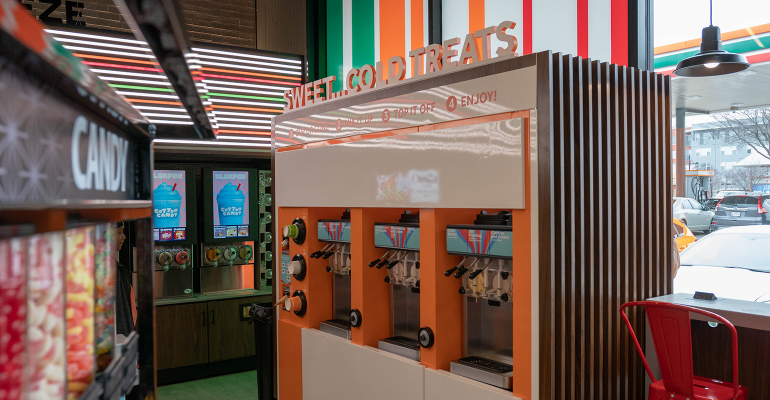 Organic Slurpees and a quick-service taqueria menu from its Laredo Taco Company highlight the offerings at 7-Eleven Inc.’s new testing-ground store in Dallas.

The Irving, Texas-based convenience-store brand, with more than 67,000 locations in 17 countries, officially opened the test store just west of downtown Dallas on March 22. It prominently incorporates the Laredo Taco concept, for which it acquired the trademark rights in January 2018 when it completed the $3.3 billion purchase of 1,030 Sunoco and Stripes locations.

Related: A look inside 7-Eleven’s lab store in Dallas

“Convenience retailing is light years away from the days of bread and milk being sold from ice docks in 1927, and the industry is changing at a faster rate than ever before,” said Chris Tanco, 7-Eleven chief operating officer, in a statement. The lab store location is less than two miles from the original Southland Ice House in the Dallas neighborhood where 7-Eleven began more than 90 years ago.

“This new lab store will serve as a place to test, learn and iterate new platforms and products to see what really resonates with customers and how we can use those learnings to influence future store designs,” Tanco said. 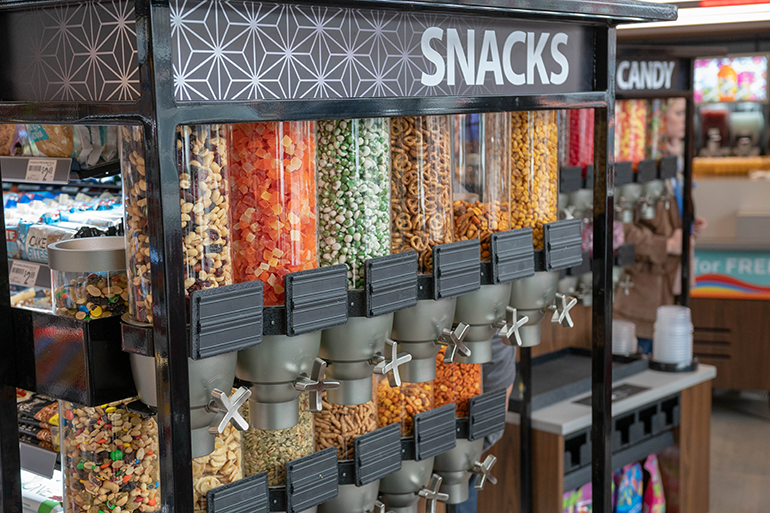 The lab store occupies space in the multi-use residential-retail Sylvan | Thirty development, featuring Laredo Taco Company branding on the first floor and a modest 7-Eleven signage behind glass on the upper level.

Prices range from $2.49 each for tacos to $5.49 for street taco combinations. Plate meals for enchiladas and fajitas are $4.99. Menus are digital.

Other innovations in the lab store include:

“A lot has changed in retail and continues to change rapidly, especially the shopping experience,” Tanco said. “This lab store is customer-focused and will explore new ideas that weren’t even on the retail radar a few months ago.”

Of 7-Eleven’s owned, franchised and licensed stores, 11,800 are in the North America. 7-Eleven is owned by Tokyo-based Seven & I Holdings Co. Ltd.